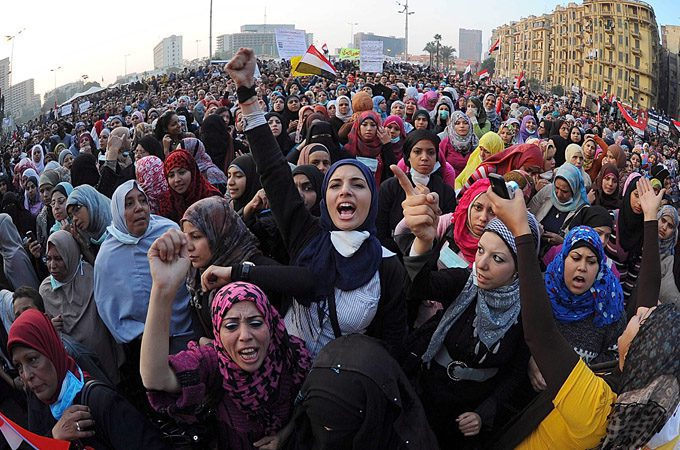 How Women Entrepreneurs Are (Slowly) Changing The Middle East

In the majority of societies, men and women emphasize the importance of gender equity to achieve the same opportunities for their human development. However, the reality of this desire is sometimes harder to achieve in some societies rather than others. For this reason, the United Nations has been committed to institutions like UN Women, UNDP and UNESCO, which confront the injustices that perpetuate gender inequality within the international community. However, it should be noted that the efforts of the United Nations to fight inequality and injustice are not the only ones in the Middle East region. There are different very active grass roots organizations, and also many individuals actively campaigning to promote equal opportunities for all, especially for women in the region.

A clear example of this is the Resource Centre for Gender Equality (ABAAD) in Beirut Lebanon, which is a non-profit organization (since 2012) with the ambition of promoting “sustainable social and economic development in the MENA region through equality, protection, and empowerment of marginalized groups, especially women.” ABAAD offers services like the Men Centre, Safe Shelters and Safe Spaces for Women and Girls. It also runs several programs focusing on gender equality, primary prevention, masculinities, SRHR and sexuality, emergency response, cross-border program, and, advocacy and policy development. ABAAD has also gained a special consultative status with the UN’s Economic and Social Council ECOSOC in 2016.

ABAAD co-organized a conference in Beirut on May 2, 2017, titled “Masculinities in the Arab World” in partnership with UN Women and Promundo. The symposium focused on the inter-generational cycle of violence that affects the achievement of gender equality in countries of the MENA region, for example, Egypt, Morocco, Lebanon and Palestine. In this respect, the study availed the necessity to develop a free-judgment masculinity basis to shape the community and change prevalent social norms that reinforce gender inequality and violence in the region. Hence, this became a primordial tool for local institutions and UN organisms to develop Human Development and Gender Equality programs.

Beyond the non-profit organizations, the rising efforts of female entrepreneurs in the region are a hint of the new possibilities arising in terms of gender equity. According to Forbes Middle East’s 100 Most Powerful Arab Bussinesswomen (2017), the ranking of women recognized by this magazine shows how they have expanded their success beyond power and prestige. The list includes for instance Angela Solomon (from Lebanon) the co-founder and CEO of Jaleesa which created an app to arrange baby-sitters on demand; Bana Shomali (from Dubai) the co-founder and CEO of Service Market, an online website for booking moving and home services; Sara-Kristina Hanning Nour the founder of Sara and Lara’s Baskets, a company focusing of delivering organic food to larger cities; Shareen Lee (from Dubai) the co-co founder and COO of Melltoo, an online marketplace valued in $1 million; Ambareen Musa the founder and CEO of Souqalmal with a comparison website expanded to car insurances, flights and other services; and Priscilla Sharuk the co-founder of Myki, which is a Beirut-based cybersecurity startup. Another women entrepreneur is Muna AbuSulayman, an influential voice of Arab women in the Middle East, first because she co-hosts the TV program Kalam Nawaem (“Speech of the Soft”) and second, because she is the former director of the Alwaleed Bin Talal Foundation. For this reason, Muna has become an inspirational leader for youth in the Arab countries and has been recognized as a Young Leader by the World Economic Forum and a Goodwill Ambassador by the UN.

Furthermore, the creation of safe spaces for women and girls to live their lives free of violence and gender inequality has also supported the founding of places for other vulnerable communities like the LGBT+ people.  That is the case of Esra’a Al Shafei, a human rights activists and blogger from Bahrain who founded the Mideast Youth, an app to upload photos, videos and social protests, Mideatunes.com a space for musician social activists and Ahwaa.org a communication tool for LGBT+ individuals. In this respect, Esra’a Al Shafei was awarded by Forbes as one of the Top 30 Entrepreneurs under 30 in the Middle East.

The creation of organizations and institutions has become a vital tool for vulnerable individuals to access safe spaces. This has been promoted through grassroots civil institutions and individuals that change social norms and behaviors which discriminate against women. Sustaining this trend is crucial to achieve gender equality for everyone, in a region that desperately needs this.