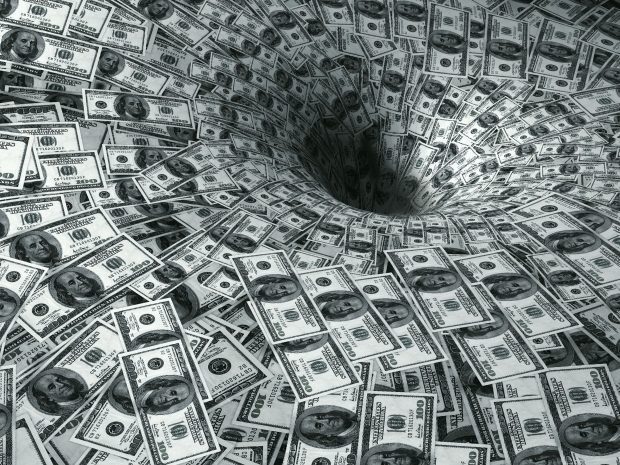 Several writers and analysts – mostly self-proclaimed economists or public sector experts – have been increasingly pointing at the imminent collapse of the Lebanese economy. Their main argument is that with very low economic growth, declining foreign transfers, a staggering public debt and an ever-widening public sector deficit, the economy is very near its breaking point.

Similar to Argentina, Turkey or more recently Greece, they predict that there will soon be a default on debt which would bring about a financial and currency crisis, including a deterioration of the Lebanese pound, a rise in the cost of living and massive losses in banks’ assets. These same analysts mostly blame the political ruling class and the current government for this state of affairs, citing its incompetence and corruption and calling for fiscal and economic reforms.

No one would argue that this diagnosis of the dire economic conditions we live in is exaggerated. And outside the circle of the ruling political parties and their local and international supporters (who keep on praising the Lebanese economic “miracle” and its “resilience”), there is little doubt that the main culprit behind this gloomy situation is the ruling political cartel itself, which has been undermining public finances for several decades now.

Yet raising the scarecrow of financial collapse is not good politics, and may actually be counterproductive.

First because there are no signs that economic breakdown is imminent. Lebanon’s public debt is mostly held by Lebanese institutions (90%), and this debt is largely subscribed by the local banks (47% of total debt) and the Central Bank (32%). On one hand, the fact that a few “big local players” control the national debt is bad, as they tended to impose their own favorable conditions. Average interest revenue on public debt stands at 7% which is very high, and debt maturities are short thus guaranteeing an almost stable source of revenue for the sector. Yet on the other hand, having debt concentrated in the hands of a small number of institutions renders the stakes of default extremely high on them, and they have direct vested interest in keeping the system afloat.

Banque du Liban has also been playing a central role in stabilizing the debt, albeit at high economic and social costs. It has bought a cumulative of 15 billion US$ of government securities, and has increased its foreign currency reserves to more than 40 billion US$, in addition to its 12 billion US$ gold reserves. This asset accumulation came at a staggering cost for the Lebanese economy, estimated at 2-3 billion US$ in “negative equity” at the Central Bank.

The Lebanese economic “miracle” is therefore quite simple: Corrupt politicians run government deficits and accumulate debt; their friends in the financial sector (including BdL) keep on lending them and make profits; and to finance this operation they set high interest rates to attract overseas deposits, mostly from the Lebanese diaspora.

Raising the public’s sentiments and fears on an imminent breakdown of the financial system would scare off these foreign transfers and reduce confidence in the economy. Although ultimately our reliance on such transfers should be reduced, yet this is not the right time to help squeeze the country’s only lifeline.

Also, the ruling political groups are experts on how to use scare tactics in their favor. They prey on people’s fears and anxieties, and having a threat of financial meltdown is a perfect setting to push populist agendas and show how they are the true guardians of the country’s stability. As Moubarak used to use “Al istiqrar aw al kharab” (stability or chaos), the ruling parties in the country use threats of crises to justify their collective agreements and strengthen their grip on power.

So instead of falling into the ruling cartel’s rhetoric, opposition voices are better off proposing concrete and bold plans to get the country out of the debt trap, away from populist and shortsighted tactics.