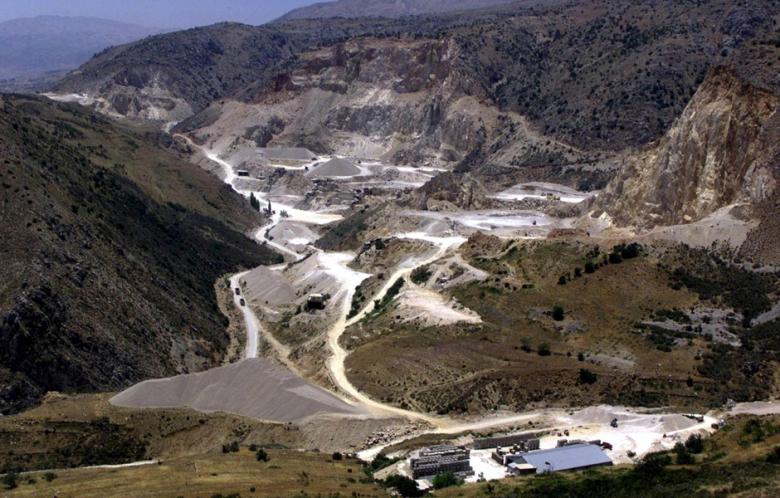 Quarries have been an important pillar of the Lebanese economy since the end of the Civil War in 1990. The reconstruction boom back then, heralded by late Prime Minister Rafiq al-Hariri, required a lot of building material, such as stones, sand, and rocks, to repair the damages of the conflict.

Although laws and decrees have tried regulating quarry creation and operations, illegal quarries still operate in plain sight. The exact number of illegal quarries remains unknown, but current estimates are between 700 and 1,300.

Not only do quarries impact the visual topography of Lebanon–amputating the few untouched mountains that remain–they also affect the water, the country’s biodiversity, and inhabitants of surrounding regions.

According to a State of the Environment Report published in 2011 by ECODIT, an international environmental consultancy firm based in Lebanon, quarries are responsible for the destruction of  “the precious limestone rocks, releasing suspended particles into underground water, and increasing water turbidity at resurgence points near the coast.”

Another study published in 2011 examined the impact of quarries on natural resources in Lebanon by a group of researchers headed by Amin Shaban from the National Council for Scientific Research. The study found that in certain topographic sites, quarries can lead to “increased susceptibility to landslides, soil loss, and mass movements.” The study also showed that 62 percent of quarries are situated in “a highly unsuitable environment.” This can also endanger the lives of people living next to illegal quarries, as “20,000 homes are threatened by unstable slopes.”

Various councils, such as the National Council of the Quarries and Crushers, are working alongside ministers on law implementations to regulate the so-called “quarry mafia,” as it is often referred to. Indeed, over the past decade, the government has tried intermittently to close illegal quarries, yet with little to no success.

For example, then-Environment Minister Mohamad Rahal, declared in March 2010 that he would not suppress illegal quarries from operating because they constituted an important revenue for the Lebanese economy. In August of the same year, Interior Minister Ziad Baroud announced the government would take harsher measures concerning illegal quarries.

More recently in 2014, under the Tammam Salam-led cabinet, Environment Minister Mohamad Machnouk formed a committee to draft a new strategy to regulate the illegal quarry industry, with nothing materializing.

This move mirrors a similar incident in 1998. The Shnanir quarry in Jounieh was reactivated, even though the environment minister at that time, Akram Chehayeb, had tried to block its use. This particular quarry had been used in 1987 as a deposit for Italian hazardeous waste and threatened to poison groundwater reservoirs. Albeit the efforts made to shut it down, the quarry remained open “because of financial commitment,” declared Chehayeb at that time.

Until the government agrees on a definite plan of action and commits to apply it on all illegal quarries, the situation will not change and the environmental consequences are surely expected to worsen.

Despite being under ministry protection, Al-Jawz River is polluted