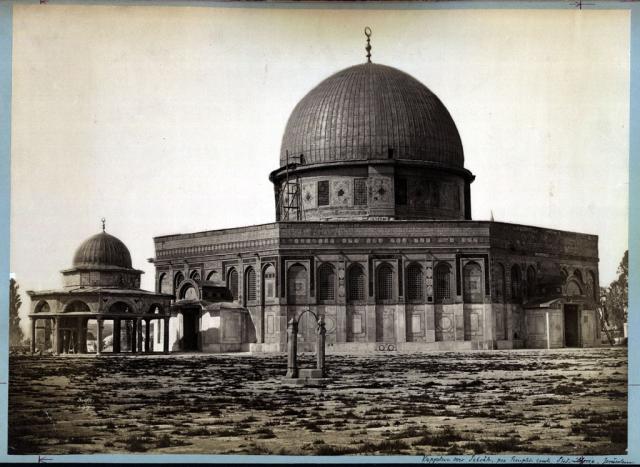 The Doueiri Affair and the Arab Intellectuals’ (Dire) State of Affairs

To the resentment of many (myself included), Doueiri resided eleven months in Israel for the purpose of directing his 2012 film, ‘The Attack’. As much as I would like to have an opinion on the film, I have not seen it yet. I have only learnt about it from the recent barrage of newspaper articles that expressed, as if in chorus, their outrage at Ziad Doueiri’s sin of residing in Israel, a sin that amounts to no less than treason for which he can never atone, the rhetorical invitations to do so notwithstanding.

I do not wish to debate the legal implications of Doueiri’s rather lengthy stay in Israel (which I imagine would be legion), even less whether or not such an act on his part is justified on moral or patriotic grounds. Another riddle that I have personally failed to fathom out, but which I would like to leave aside in this article, is why has Doueiri’s stay in Israel stirred up all this outrage now, a good five years after the release of the film.

My subject here is rather the nature of the discourse that permeates the media furore targeting the renowned director. One theme that seems to recur throughout virtually all the articles that I have read and that tackle this affair is that Doueiri’s stint in Israel is nothing but a blatant instance of intellectual and cultural normalization with the Zionist enemy, a normalization that is spreading like a cancer among Lebanese and Arab intellectuals and threatening to metastasize to the lay Arab masses. Something in this line of argument sounded fundamentally flawed to me, not necessarily in what it says, but rather in what it does not say.

To start with, the logic here seems circular. Intellectuals and commentators looking to shield the anti-normalization canon from the encroachment of defeatist notions of accommodation with the Zionist enemy, claim in their rhetoric to be acting as guardians of an Arab consensus. Yet if consensus is a sentiment that commands unanimity, then why all the urge to protect it? Why preach to the converted? I look around and see nothing but anti-Zionism and utter disgust at the mere mention of accommodation with Israel. So omnipresent and self-evident is this outlook that Arab citizens, in their daily pursuit of their livelihoods, hardly ever discuss it.

More to the point is the deeper level at which this discourse is operative. The guardians of the anti-normalization canon constantly remind us that we are under duty to resist Israeli occupation of Palestine and other Arab lands. Isn’t the Palestinian Question every Arab’s bleeding wound? The flaw in this discourse seems to reside in its emphases rather than guiding sentiments. A worthy Arab, the discourse goes, is one who solemnly declares his rejection of Israeli Apartheid, and acts upon this rejection with either pen or rifle. The rifle, in due course, achieves a commanding height in this discourse at the expense of all else.

The Arab citizen is therefore reduced to a role – that of struggling against Israeli apartheid – and his existence as human subject to be nurtured in and for itself is denied him/her, or at the very least silenced until Israel ceases to exist. Further, this struggle assumes an increasingly militarist nature, and herein lies the greatest danger of all. For there is nothing more politically and socially polarizing than ideologies that naturalize war as an indefinite state of affairs and suspend all else. I say this in the full realization that wars have been foisted upon Arabs as a quasi-permanent state of affairs through imperialist design and Zionist execution, not least in the Mashriq region.

Imperialism’s biggest victory and concomitant Arab defeat were not, however, sealed in the battlefield, but rather cemented on the intellectual plane. The creation of Israel as Jewish Apartheid on Arab land indeed crippled the consciousness of Arab intellectuals from one pursuing Modernity and Progress through Unity, to one pathologically obsessed with the rejection of the Zionist entity. The Nasserist project, which sought to give shape and substance to Arab fraternity through an active unification effort, was dealt a fatal blow with the dissolution of the United Arab Republic in 1961, and safely buried with the 1967 Naksa. To it was substituted the myth of popular struggle – military, of course – with the rifle as its triumphalist symbol; a rifle, let us recall, that was and is still supposed to tear down the Imperialist/Zionist nexus armed in all its might with a virtually infinite supply of nuclear warheads, among others. The last bastions of Progress were thus shattered beyond recognition. In their wake Millenarianism, dressed originally in Leftist and subsequently Islamist garb, firmly held sway.

The Arab masses, on the other hand, were guilty of a normalization of sorts; that of their bleak lot, that is. Expectedly, they never gave up on their existence as historical subjects deserving of better futures than their war-torn presents. For human beings have this admirable quality of conjuring up normality into their lives even in the darkest of coffins, a quality that seems to have been purged by Arab intellectuals from their futile rallying cries for popular struggle. Theirs is an intellectual endeavor totally divorced from the reality, hopes and dreams of the Arab masses that they were meant to represent. Inevitably, their clarion call for popular struggle paved the way not for the bright Victory they so much yearned for, but a bleaker reality of civil strife.

Then ensued a miserable game of sophistry and apology in which Arab intellectuals lamented the failures of popular struggle, though never to revisit it as an ideology with flawed foundations, but rather to blame the event of its failure on enemies within; sectarianism here, reactionary regimes there, and the list goes on. That the ideology of popular struggle, anti-normalization and the like may be socially and politically polarizing at a more fundamental level is a debate that never took place, and I contend that this, more than anything else, perpetuated Arab division, civil strife and defeat.

Now what better music than this to the ears of the Imperialist/Zionist nexus? The quest for Arab Unity and Progress is suspended, civil wars are scorching Arab lands, and agents of popular struggle are gradually resigning from their heroic, if ultimately futile, battle with Zionism to serve as fodder for civil wars and appendages for ghoulish Arab regimes. The Imperialist center and its Zionist underling can now sit back and revel in the melody of this dystopian symphony.

Meanwhile, our Arab intellectuals, save the odd ostracized voice, can carry on taking turns at disparaging all the Doueiris of this world who have taken physical or spiritual flight to Israel. They may yell, in the process, that “We are all Resistance; we are all anti-Zionists”. Indeed this is a great slogan, and we may all rally to it as conscientious Arabs. But we may also want to add to it, perhaps as a first step towards resurrecting our lost quest for Unity and Progress, that “We are all agents of Imperialism”…