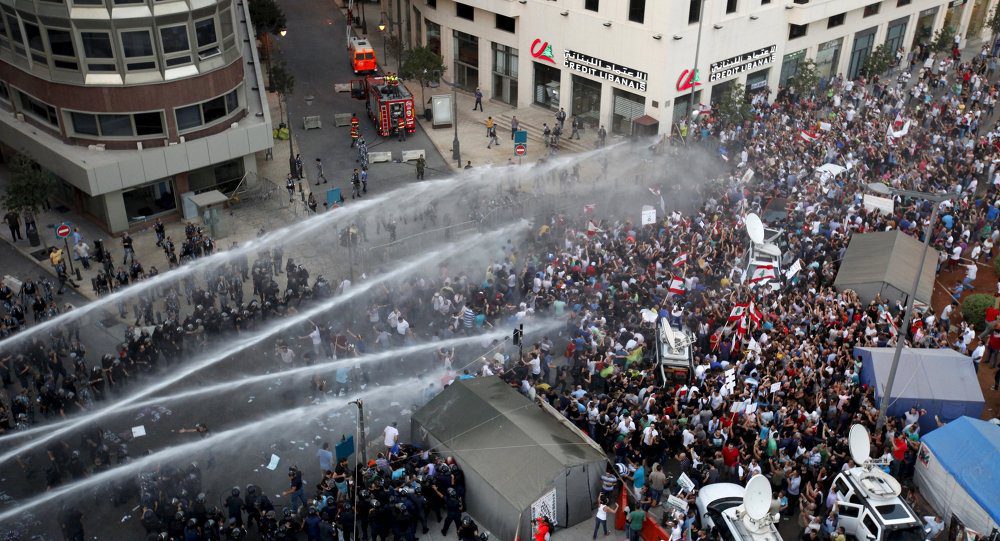 Two years ago, in August 2015, Lebanese women and men from all ages were peacefully protesting in Beirut against the Government’s failed waste management policies. Garbage had been piling up in the streets, and riot police and army personnel were firing at protesters, injuring many and rounding-up dozens of activists in jail. Ultimately, police violence, negative media campaigning against protest organizers, and citizens’ growing malaise all contributed to the taming of the protest movement. Yet the garbage crisis, which was at the origin of the upheaval, was not resolved. Things actually got worse.

In the past two years, two seaside landfills were opened (Burj Hammoud and Costa Brava) instead of the one that was shut down (the Naameh landfill, established in 1998, and operated for 17 years instead of the 4 initially planned!). The seaside landfills were created within yet another “emergency solution”, and were setup for a period of four years (although several experts warn that they would reach capacity within two years).

To date, these landfills have caused several environmental hazards, serious threats to air traffic security, and losses in the livelihoods of fishermen communities surrounding them. Landfilling also came at a hefty cost, all paid to “cronies” and politically affiliated stakeholders. With almost 2000 tons dumped in the sea every day, the taxpayer pays an estimate of 170$ per ton, almost double what it would cost to treat waste in a more sustainable way.

Moreover, trash is still being collected, pressed and landfilled as is, with close to zero sorting and recycling, despite the waste management contracts explicitly calling for the rehabilitation and expansion of the waste sorting plants in the Greater Beirut area. And despite several promises made by the Government and the Minister of Environment, we are yet to see a national sustainable waste management policy. In fact, instead of reducing the amount of waste and implementing sound management solutions, several municipalities and ministries are actively working towards importing waste incineration plants. So after polluting the mountains and the sea, now they want to pollute the air with dioxins and cancer-causing residues.

Who’s fault is it? And what can be done? As an old saying goes “you can’t expect different results if you do the same experiment using the same ingredients”. Institutions and politicians who were responsible for the failed waste management policies for almost 30 years now are the ones to be blamed. The corrupt ruling class has always resorted to centralized waste management with minimal sorting and recycling to reap maximum benefits per ton of waste. They have no interest to reduce and recycle, unlike common citizens whose health and economic conditions depends on minimizing pollution. The only solution to counter these schemes is the decentralization of waste management, where every municipality implements sorting at the source, and commits to waste reduction, recycling, and treatment of organic waste into compost. This yields the lowest environmental and financial costs, and reduces the size of the “cake”.