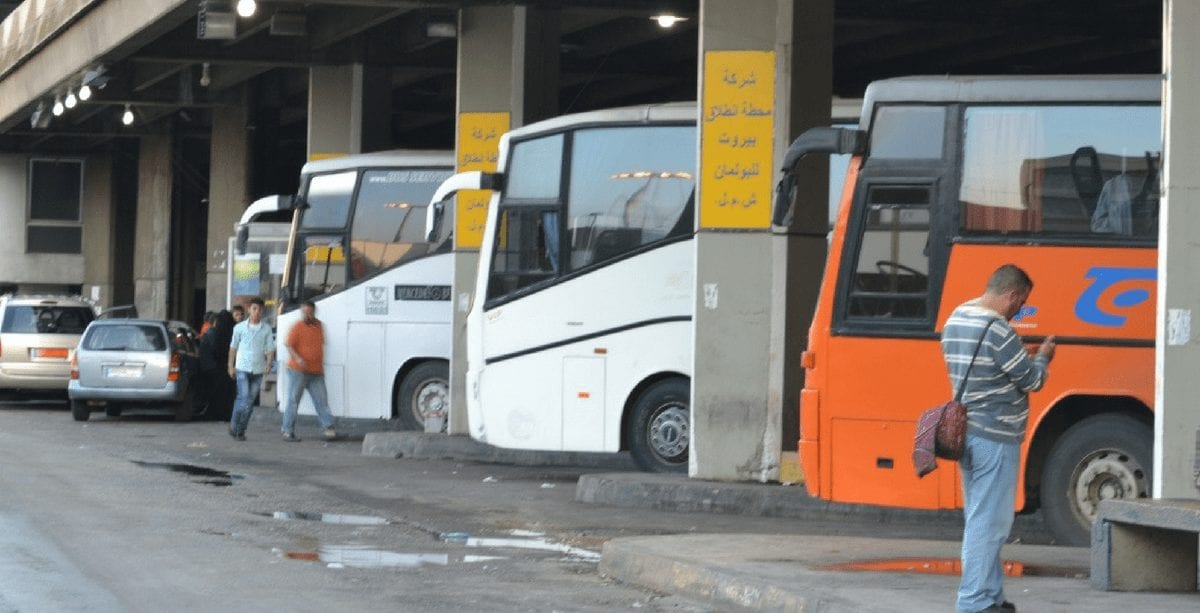 On Monday December 19, 2022, the streets of Beirut saw new, modern public buses for the first time in years.  Indeed, 50 buses given from the French government were finally dispatched by the Ministry of Public Works and Transport.

French transportation company CMA CGM also reconditioned 45 state-owned buses which were damaged in the aftermath of the August 4, 2020 port explosion.

At the moment, only 28 of the new buses are operating within the Greater Beirut Area, and each ride costs 20,000 Lebanese Lira. It is also notable that a large number of these buses are wheelchair accessible, considering that most services in Lebanon do not usually accommodate people with physical disabilities.

Lebanon’s Public Transportation: Past and Present

In an interview with local media, Ali Hamieh, Minister of Public Works and Transport, claimed that the low number of operating buses is due to a shortage of manpower and low wages, stating that the only motivation for the current workers is their sense of patriotism.

Minister Hamieh also stated that the current govermnet plans on partnering up with companies from the private sector in order for the latter to undertake the operating and maintenance of said buses, as a partnership between the private and public sector is ideal for Lebanon’s current situation.

Even though the current steps being taken by the ministry are positive, there remains a number of serious issues to be resolved in order to restore the glory of the local transportation system that Lebanon once possesed.

The Beirut Tramway system was first constructed in Lebanon’s capital by a Belgian company in 1912. The Tram, which was widely accessible to the public due to its relatively inexpensive prices, became popular. The number of trolleys increased rapidly, reaching a total of 212 by 1934.

The tramway system was nationalized by the Lebanese government in 1954, and was ultimately stopped by a governmental decree in 1964. Parts of the tramway were sold, and the revenue was used as an initial payment for a shipment of buses as a transportation alternative. During its functional days, the tramway had a cultural impact, inlfleuncing local songs as well as poetry pieces by various Beiruti authors such as Omar Zianni.

Another transportation system, which is perhaps more present in the memories of the older generation is Lebanon’s train and railway network. The Ottaman railway company was established in 1891, and the first train departed from Beirut in 1895. Its railroad track spanned from Naquora to Tripoli, and was connected to the Damascus and Hama line. The railway company’s ownership changed over the years, but was eventually nationalized by the Lebanese state in 1956.

The beginning of the end of Lebanon’s train system was in 1964, as the railway association suffered from a sharp decrease in funding. The railway system also received a major blow due to regional political turmoil, especially since the creation of Israel in 1948, which cut off Lebanon’s tracks from Palestine.

Furthermore, the train system was completely neglected during the entirety of the Lebanese civil war, which effectively put an end to the association’s decades-long journey. Although some efforts were made to revive it in 1994, these attempts were quickly lobbied against by local political actors.

In 1995, the Lebanese Railway and Public Transportation Authority (LRPT), a government institution which operates public transportation in Lebanon, implemented a project which introduced a fleet of 200 buses to the Greater Beirut Area. The LRPT also oversaw the construction of over 800 bus stops within the capital.

This plan was not successful as funding was inconsistent. Public buses also faced ruthless competition from non-regulated buses and minivans. Today, there remains only 35 opperational buses.

In the years that followed, Lebanon’s residents coped differently with the lack of proper public transportation services,each according to their financial ability. Those who could afford it resorted to purchasing and operating their own cars.

Between the years 1996 and 2019 car imports were valued at an average of 900 million dollars each year. Private bus and taxi companies also became popular, with international companies such Uber, Careem and Bolt investing in Lebanon’s transportation sector.

Informal public facilities were also heavily present, such as the “service,” a relatively cheap taxi ride you get on the street, as well as minivans and buses. Official data released in 2019 by the Traffic and Vehicle Management Authority estimates the number of transportation vechiles as follows: 33,000 cars, 4,000 vans or minibuses, and 2,236 buses.

Even though informal public transportation vechiles were abundant, customers still faced issues with this service. The profit-driven approach adopted by informal transportation services meant that they were only available in areas with high demand such as Beirut, thus eliminating access to transportation in rural and remote areas.

In 2019, Lebanon witnessed one of the worst economic crises globally since the mid-nineteenth century. The rapid inflation that took place quickly broke down the established transporation norms, as gas prices skyrocketed. This drastic increase in prices also affected chauffeurs, as almost 85 percent of drivers stopped working according to the head of Public Transportation Drivers Union.

The decrease in purchasing power of residents coupled with the insolvency of private banks meant that car loans, which were high in demand previously, were no longer accessible. Many residents who already owned cars now struggle to afford the fuel to use them. As the country’s goods and services were gradually dollarized, private taxi services became inaccessable to many of those who had previously relied on them.

In 2017, a World Bank-sponsored project was offered to the Lebanese government. The goal was to lessen the Tabarja to Beirut commute time through constructing a 28km long two-way bus lane in the street connecting the two areas. The following phases of the project would recreate similar bus lanes, surrounding Beirut’s coastal roads as well as the capital’s inner ring. The project, which was valued at 345 million dollars, did not materialize due to major tragedies such as the COVID-19 lockdown and the August 4 port explosion. The political deadlock characterized by the absence of a fully functional government was the final nail in the coffin of the project.

In 2019, Lebanon witnessed one of the worst economic crises globally since the mid-nineteenth century. The rapid inflation that took place quickly broke down the established transporation norms, as gas prices skyrocketed. This drastic increase in prices also affected chauffeurs, as almost 85 percent of drivers stopped working according to the head of Public Transportation Drivers Union.

The decrease in purchasing power of residents coupled with the insolvency of private banks meant that car loans, which were high in demand previously, were no longer accessible. Many residents who already owned cars now struggle to afford the fuel to use them. As the country’s goods and services were gradually dollarized, private taxi services became inaccessable to many of those who had previously relied on them.

With the economic crisis deepening in Lebanon, transportation has become a luxury to most residents. As a result, local initiatives advocating for mobility justice have emerged. Bus Map Project initially started in 2015 as a Facebook page to collect data on already existing transportation services and routes.

The grassroot collective later launched its first online platform in 2018, where a map of existing bus routes was presented to the public. The project aims to present an alternative perspective on the current state of informal public transportation, to improve it, and ultimately encourage riders to use this service. Following the crisis, Bus Map Project operators have recorded increased usage of its platform by locals.

Another initiative, Rider’s Right, is a local civil society organization that advocates for mobility justice in Lebanon. Chadi Faraj, the co-founder, states that the organization’s goal is to enhance the already existing transportation system.

“To make the [informal public transportation] system affordable, accessible for all,” said Farah. He also added that the initiative has the goal of reaching “all regions” as opposed to being concentrated in areas with high demand.

Today, many residents have resorted to rationing transportation the same way other necessities like water and electricity are rationed. Meanwhile, the Lebanese government’s role remains theatric, with stunts like the recent transportation plan being put in motion.

Faraj believes that serious efforts such as consistent investment in the transportation sector, political will, and fair competition legislation are the only path towards founding a reliable transportation system.