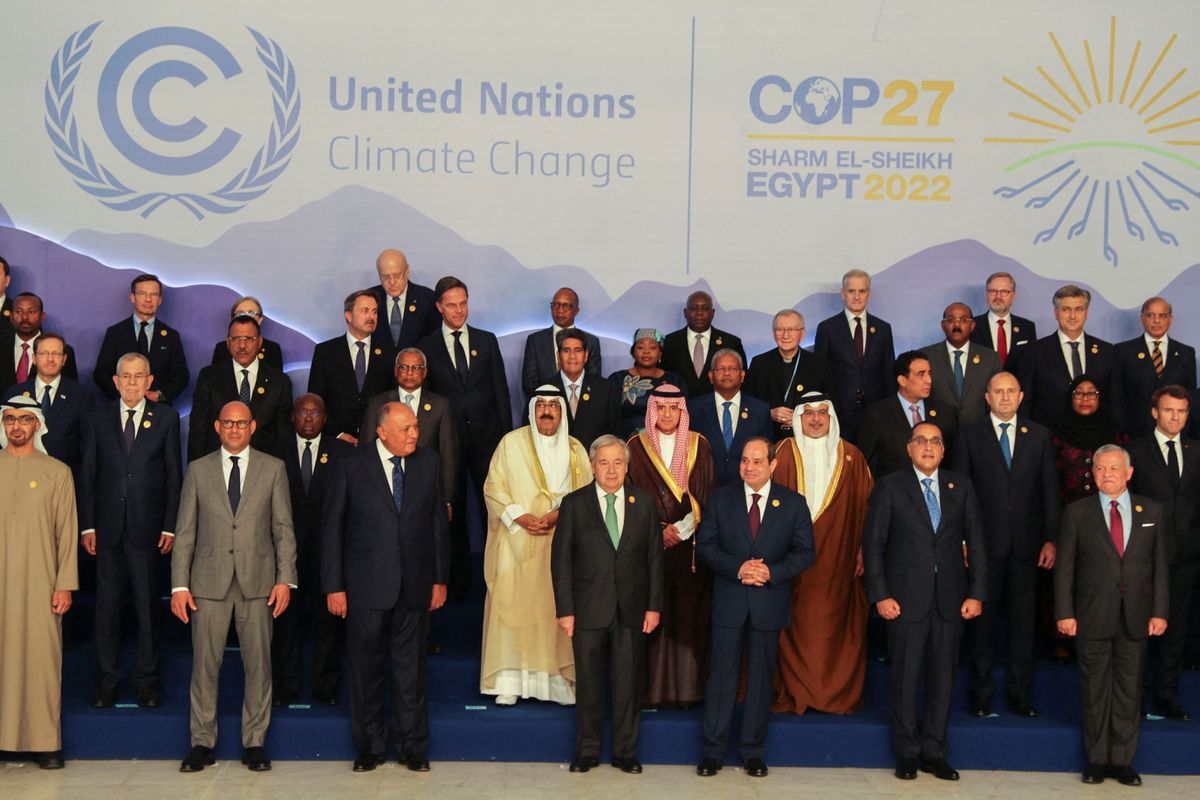 The 2022 United Nations Climate Change Conference, or COP27 for short is the 27th edition of the UN-led conference to tackle global warming. It is being held from 6 November until 18 November 2022 in Sharm El Sheikh, Egypt.

More than 100 heads of state and representatives of 190 countries are expected to attend. However, three of the world’s four largest CO² emitters (China, India, and Russia) will not be there.

World leaders were welcomed by Egypt’s President Abdel-Fattah El-Sisi and Secretary General of the UN Antonio Guterres followed by Shiekh Mohamed bin Zayed Al Nahyan of the UAE, since his country will host the COP next year.

The summit kicked off with an opening plenary opened by H.E. President Abdel-Fattah El-Sisi which featured a range of other prominent speakers from heads of state to climate leaders who delivered messages on the importance of urgent action to address climate change.

Following the opening plenary, there were several roundtable sessions with world leaders to discuss a range of pertinent climate change issues including on Just transition, Food Safety and innovative finance for climate change.
Climate financing was the major issue that was discussed this year, developed and rich countries (USA, Canada, Norway, Italy, Australia, Germany, France, Japan and the UK) pledged to fulfil their promise of providing $100 billion annually in the form of grants to developing countries that are the most affected by climate change, a promise they made back in 2009.

Lose and Damage Financing is also one of the topics to be discussed, this fund focuses on compensating for direct damages such as (loss in crops, loss from droughts…).

This topic is even more timely now, as Russia’s war in Ukraine caused major concerns over food and resource security all over the world.

Indeed, as Russia was a major source of natural gas, the past few months saw European countries worry about gas shortages, with some even considering re-opting for coal-based energy, one of the most polluting energy sources in the world.

Between Caution and Hope

Despite the fact that the past eight years have been the world’s warmest on record and the pace of sea level rise is increasing, this year’s review of voluntary emissions pledges showed that CO2 emissions would start decreasing after 2030.

That, however, will do little to reduce the overall rise in temperatures. While countries have pledged to stop the average global temperature increase at +1.5C, the reality on the ground shows that, with the policies currently in place, we are heading towards a highly dangerous +2.5 degrees.

The following two weeks will be crucial for the future of climate policies and will show how truly serious world leaders have gotten in regards to climate justice.