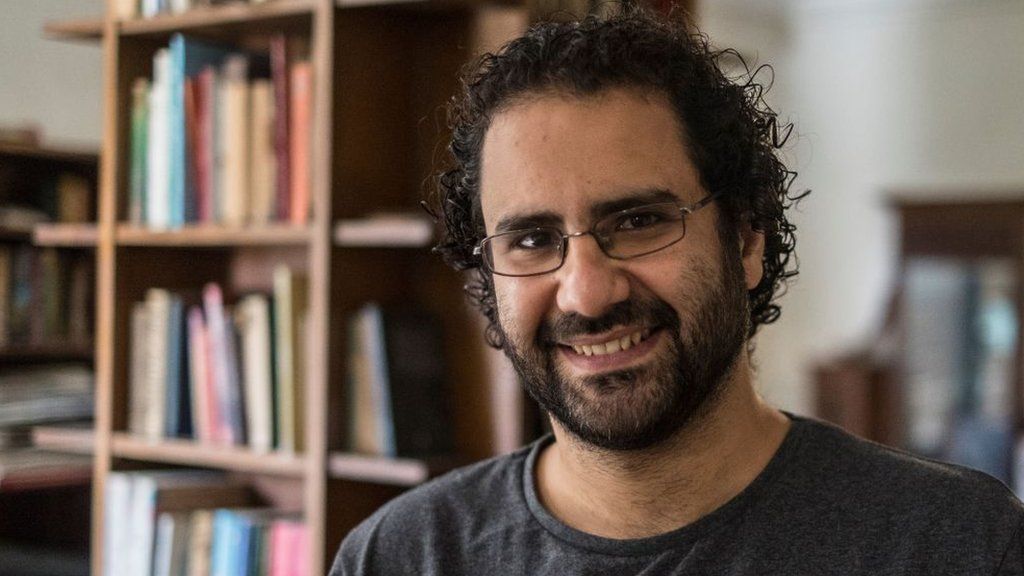 BEIRUT  – As the world turns its gaze to Sharm-el-Sheikh, where world leaders have congregated for the UN climate negotiations, Egyptian-British activist Alaa Abd El Fattah gasps his last breath in an open hunger strike in prison.

Alaa’s case is an emblem of Egypt’s repressive history of targeting activists and stifling their voices in shackles, a practice that has grown exponentially vicious in the weeks leading to the state’s coveted hosting of the COP27 conference on climate change.

Alaa Abd El Fattah: a lifetime of struggle for activism

An activist by nurture, Abd El Fattah holds a tumultuous history with the Egyptian state. His first arrest during a peaceful protest on May 7, 2006, sentenced him to 45 days in jail. The political activist became an Arab Spring icon during the 2011 Tahrir square protests when an Egyptian court sentenced him to another 15 days on charges of inciting violence.

Alaa was notorious as an anti-regime dissenter in the eyes of the Egyptian forces who raided his home in November 2013 on charges of violating Egypt’s protest law, despite his public decision to turn himself in, assaulting his family, and arresting him. He was detained for 115 days and sentenced to five years in prison.

Having served his reduced sentence, Abd El Fattah left prison on a five-year parole that required him to spend 12 hours a day at a police station. Less than six months later, amid an arrest spree in September 2019, Egyptian authorities detained Alaa despite his parole. Imprisoned without trial and tortured alongside his lawyer Mohamed al-Baqer for nearly two years, Alaa went on a hunger strike and even admitted to contemplating suicide after solitary confinement.

On December 20, 2021, the Egyptian blogger and political activist received a prison sentence of five additional years under fictitious claims of perpetrating false news online. And on April 2, 2022, Alaa entered an open hunger strike, demanding humane imprisonment conditions and a legal remedy for his previous abuse. He was then transferred from Tora to Wadi El-Natrun prison and allegedly tortured by prison officials.

In light of COP27 taking place in Egypt, Alaa escalated on Sunday, November 6, and took his last sip of water. The British-Egyptian’s family are now trying to pressure the UK government to call for his release, as his life is now considered in danger. On Thursday, Alaa’s lawyer was allowed to visit him in prison for the first time, after prison authorities told his mother  “medical intervention” was taken with him.

Following a successful campaign in 2021, Egypt became the first African country to host the United Nations Framework Convention on Climate Change since Marrakesh opened its doors to COP22 in 2016. Nestled in the coastal beauty of Sharm-el-Sheikh, the conference held from November 6 until November 18, 2022, brings together more than 90 heads of state and representatives of 190 countries under the presidency of the Egyptian Minister of Egyptian Foreign Affairs Sameh Shoukr.

In the weeks leading up to COP27, Egypt’s PR machinery has been firing on all cylinders, attempting to cloak the country’s bleak human rights crisis. As the state rolls out the red carpet for the incoming global elite, the Egyptian forces have donned the new Badr 3 prison, a facility of inhumane punitive conditions and soon home-to-be for 151 detainees who called for protests during COP27.

“World leaders arriving in Sharm El-Sheikh for COP27 must not be fooled by Egypt’s PR campaign. Away from the dazzling resort hotels, thousands of individuals, including human rights defenders, journalists, peaceful protesters, and members of the political opposition, continue to be detained unjustly,” said Philip Luther, Amnesty International’s Middle East and North Africa Research and Advocacy Director.

In addition to a vicious crackdown on peaceful protestors, Egypt has turned Sharm El-Sheikh into a modern-day panopticon by placing strict restrictions on protests. According to the Egyptian presidency for COP27 website, protestors must inform authorities 36 hours in advance and present a COP27 badge, which itself comes with a hefty hotel price and a thorough security check to access the green zone. In addition, protests will be limited to climate-related issues and allowed between 10 AM and 5 PM, under camera surveillance and away from the conference.

As Egypt attempts to obfuscate its abysmal human rights conditions through fora, Alaa Abdel Fattah’s case served as a reminder that human rights are a prerequisite to climate justice. His sister Sanaa Seif, who had been camping outside the UK’s ministry of foreign affairs, has arrived in Sharm-El-Sheikh to join forces with the #FreeAlaa movement in campaigning for her brother’s release. There, she was met with massive press coverage, to the dismay of Egyptian authorities.

A myriad of Canadian and international civil society organizations, alongside the non-profit Tahrir Institute for Middle East Policy (TIMEP), issued a public letter to Prime Minister Justin Trudeau and two Egyptian MPs pressuring them to make use of COP27’s limelight to advocate for Alaa’s long-awaited freedom.

Several other governments and organizations, most notably the German and British governments, have also raised concerns over the writer’s case.