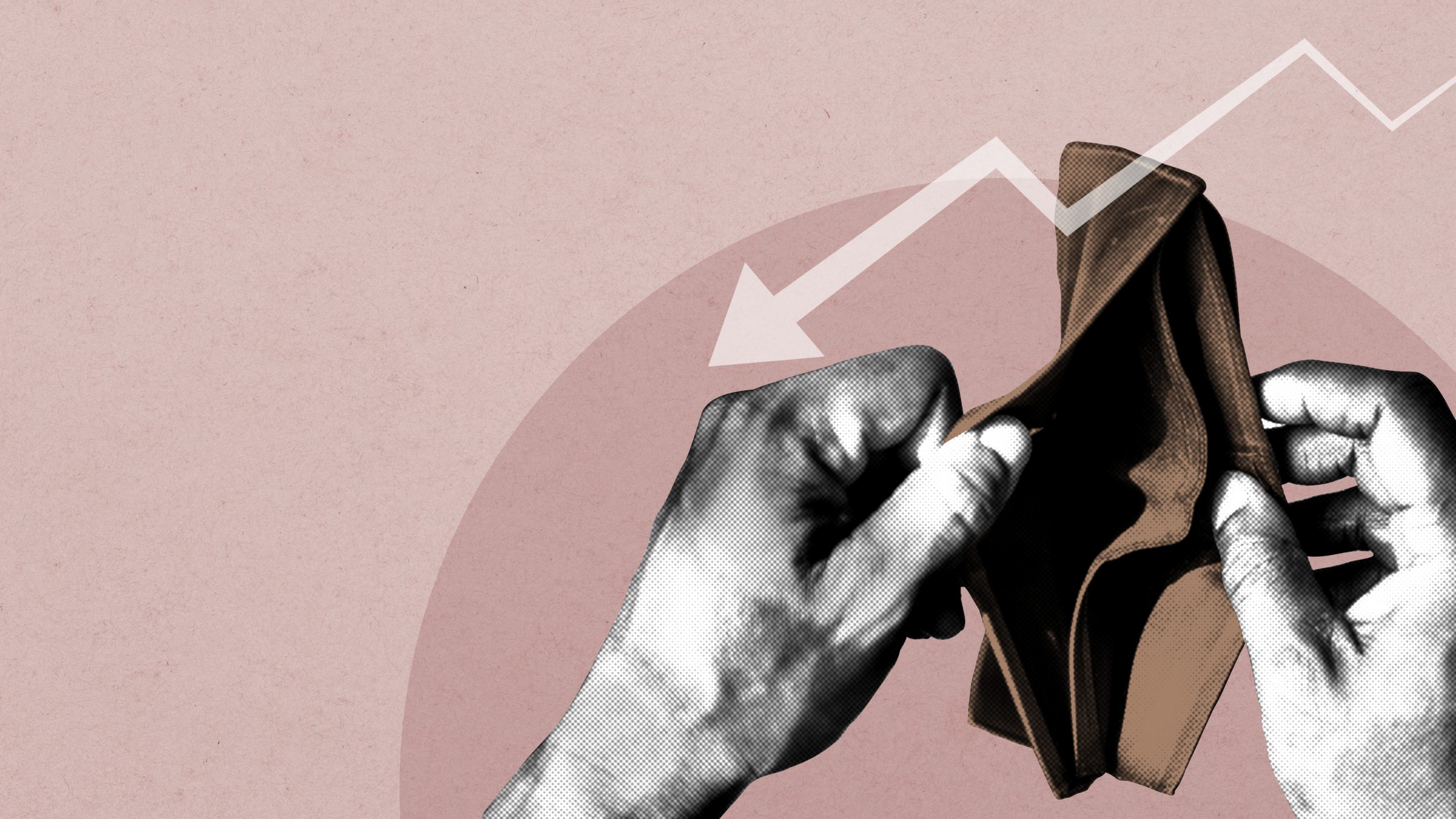 When a country’s living conditions deteriorate, poverty takes its middle classes by storm, dropping them in a quagmire of needs and destitution. In this situation, certain professions and trades prevail that secure barely enough nutrition for a small family, let alone a single member of this family. This is the poverty trade previous generations lived through during the Lebanese Civil War, and the one we are living today as our societies are discovering destitution once again.

After Lebanese (metallic) coins lost the entirety of their value with the depreciation of the national currency from LBP 1,500 for every one dollar to over LBP 38,000 today – a rate that is still subject to change daily – using these coins has become more complicated, albeit still possible.

Coins worth LBP 500, 250 or even 100 and 50 previously never held much purchasing power, but now have weights that are worth more than their monetary value. In simpler terms, this means the metal used to make the LBP 250 coin is priced by weight, not by currency’s monetary value.

Coins are usually made with materials such as copper, nickel, iron, and sometimes tin and aluminum. In a country whose currency is going through collapse, such as Lebanon, the price of metals used to make coins is greater than that of the coin’s monetary value.

Indeed, while a 250-pound coin weighs five grams at most, it is made of copper, aluminum and zinc, and one kilogram of these materials costs over $30. The 500-pound coin weighs more than the 250 coin- a total of six grams – but is composed of nickel with no copper, making it unpopular among metal coin collectors. Some people still trade with 500 pound coins as its metal value of 20 dollars per kilogram still exceeds its monetary one.

Poverty pushes citizens to seek various ways to secure their daily livelihood, including selling remnants of a bullet or some copper ropes thrown in the streets, or any other items that can be sold for fresh dollars.

The process of coin trading is not too different from bullet trading. Many traders are now buying empty bullets to melt and re-manufacture them, since they are made of pure copper.

This trade has led many to search for empty bullets in their streets and neighborhoods, especially in areas with uncontrolled weapon usage. These areas experience frequent shootings for various reasons, ranging from weddings, funerals, fights and others. The sight of children looking for empty bullets in streets and alleys is no longer strange, despite its ugliness.

An empty bullet is made of red and yellow copper, and costs between 10 and 15 dollars per kilogram. The same applies to electricity cables, which has been the target of many thefts in recent months. The value of such items is estimated by the weight of their copper tapes.

Recently, there have been repeated incidents of theft of iron covers for water sewers, those of Electricité du Liban, and even covers belonging to the infrastructure of various regions and municipalities. Their theft can only be seen as an attempt to sell them as weight to iron merchants, who price the kilogram for a few dollars and then re-manufacture them.

For similar goals, others may steal fences of lands and farms, which are also made of iron. This led to some people fencing their lands and properties with iron wires with sharp heads that are difficult to cut and steal.

Theft of car batteries is also a phenomenon of the poverty trade, as it was scarcely seen before the outbreak of the crisis in Lebanon and the massive increase in poverty rates.

Even though poverty does not justify actions that violate laws and morals, reality shows the widespread of this phenomenon, to the extent that many citizens are avoiding parking their cars in places they do not trust to avoid the theft or replacement of their batteries. The latter are priced at no less than 80 dollars, making them an attractive theft target.

Another trade we did not hear of before Lebanon’s collapse is that of “environmental filters,” or catalytic converters. Some traders describe the converters as treasures in the sight of traders, thieves and even car owners, who often ignore the importance and value of the catalytic converters.

The converter is an item attached to the car. It is installed by manufacturers in the front to reduce gas emissions when gasoline is burning. They are usually coated with a thin layer of metal, usually platinum, rhodium, or palladium – all of which are costly.

The quantity of those metals varies between converters, depending on the type of car. Regular cars, light trucks and motorcycles may contain between two and six grams, while SUVs and larger trucks may contain tens of them, with the price of an ounce of palladium exceeding $2,000 – making its worth higher than that of gold.

Many are now selling their catalytic converters, with prices varying between one car and another. German cars, and specifically BMWs, mostly contain large amounts of palladium in their converters, as do other European-made cars. Korean cars, on the other hand, only contain a few grams of this metal, while some Chinese cars might not have a converter at all.

Several people can be seen selling their catalytic converters for $20, $50, $100, and sometimes $200 while others opted for stealing them from cars parked in the streets – an act facilitated by the fact that removing the converter does not take more than 15 minutes.

What does this all mean?

Destitution and imminent poverty mean that people will not hesitate to sell anything that could provide them with a few dollars.