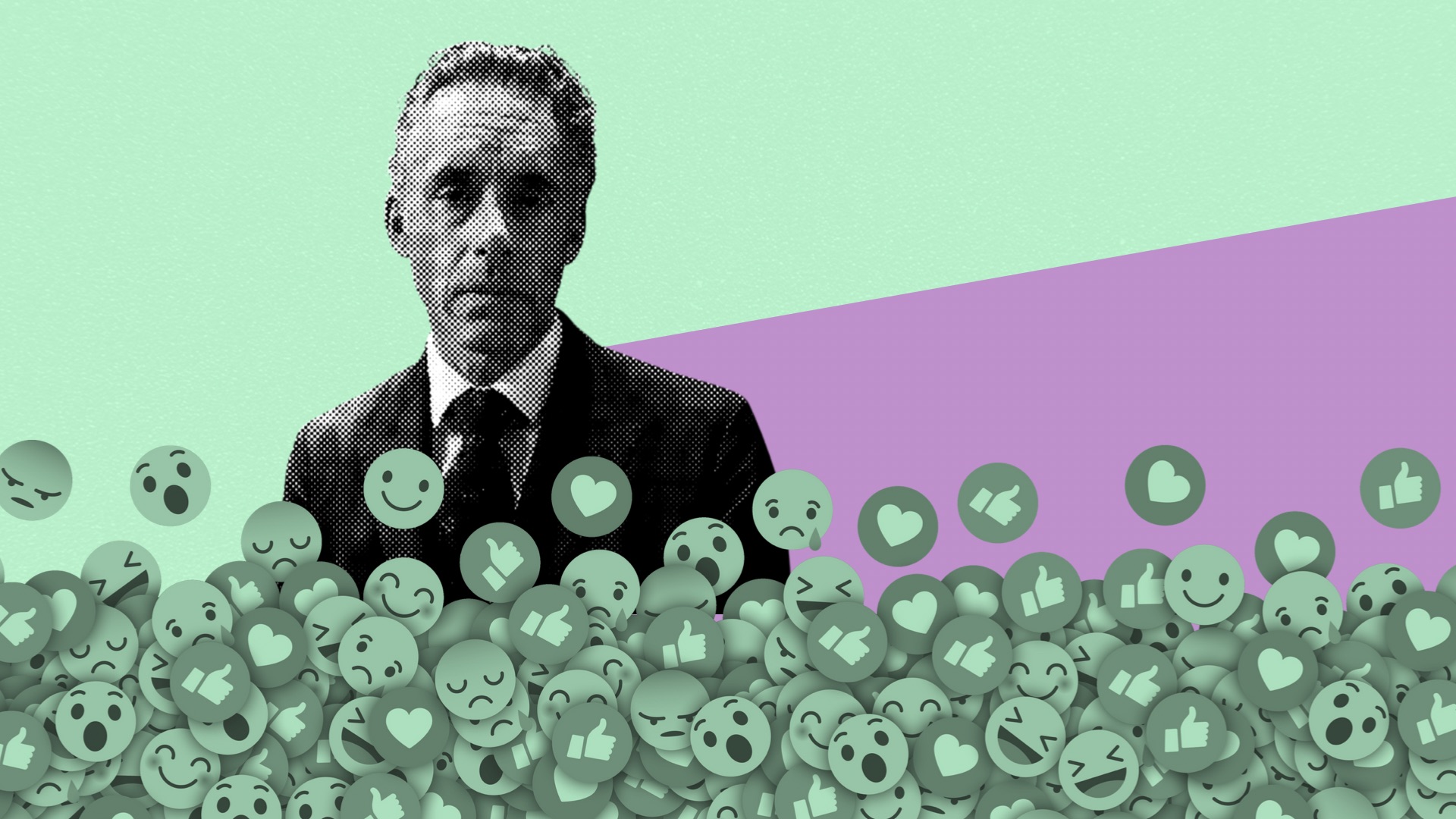 Jordan Peterson: A reaction to our times

More than a month ago, infamous Canadian psychologist Jordan Peterson was suspended from Twitter after he posted a tweet attacking American transgender actor Elliot Page. The tweet was mass reported and shown to be in violation of Twitter’s Terms and Conditions, and as a result, Peterson has been suspended from Twitter until he deletes the tweet.

Peterson took to Instagram, denouncing Twitter’s “narcissism” and insisting he won’t delete the offensive tweet. Peterson’s tweet has led to widespread criticism against his views, which have recently become increasingly radicalized against women, the LGBT community, and other marginalized groups in the West.

Who is Peterson, and why is he relevant?

Jordan Peterson emerged to the forefront of the global culture war when he inserted himself into the national Canadian debate about Bill C-16, which sought to add gender identity and expression to the prohibited grounds of discrimination.

By deploring this bill as a violation of free speech, with serious implications on a democratic society, Peterson’s intervention exploded and pivoted him to the front row of the increasing political and cultural divide which has swept across university campuses and media outlets.

Ever since, Peterson has participated in interviews, debates, and produced more YouTube content, gaining an audience among right-wing and/or conservative audiences across Canada and the United States.

Voices disenchanted with the increasing radicalization of the Left, especially in the West, found in Peterson a “voice of reason.” He addressed the concerns and fears that many of them were unwilling or unable to articulate in the West. His YouTube lectures have been mainly popular with young white men who feel the current stream of progressive activism has undermined their privilege and station in the world. By treading across the middle ground of self-helper, erudite intellectual, and street fighter-polemicist, Peterson is attractive to audiences which are mainly “conservative.”

However, Peterson’s fan base has been notorious in its extreme devotion to, and defense of, the professor. After Peterson’s interview with Cathy Newman, Newman suffered from a massive backlash campaign, including explicit death threats, from his legions of fans. And while Peterson himself does not support or endorse such attacks, his style of engagement and debate does not exactly counteract the magnitude of, or discourage, such gestures.

His inflammatory rhetoric, and self-described “theory” of life, in which he combines a variety of disciplines, has created an image of an all-knowing, mythical savior, struggling to save the world from the dangers of political correctness and postmodernism, which he has likened to Nazi and Soviet propaganda in the 20th century.

For all the aforementioned reasons, in addition to his most recent tweet, any discussion of Peterson has become a recipe for radical polarization.

The Right, specifically the Alt-Right, continue to hold him as a voice of reason in a troubled and confusing manifestation of modernity. The Left, on the other hand, views him as a disillusioned critic of postmodernism and progressive agendas at best, or a facilitator of hate crimes.

In the past few years, the rise of figures like Matt Walsh and Ben Shapiro has been theorized to be a populist effect of the Peterson phenomenon, as they sometimes hold Peterson in high regard and employ him as intellectual validation to their agendas.

The rise of Peterson’s effect on conservatism

Conservatism has been on a concerning rise in the past few years, with its political validation being the election of Donald Trump in 2016. The popular base found that someone who brazenly espoused their views now held the highest office in America.

Right-wing conservative dogma has extended to all walks of life, which has fueled a frenzy of hate crimes across the world. Recently, Roe v. Wade, which mandated abortion for women across the US, was overturned by a mostly Trump-appointed Supreme Court.

However, it would be unfair to suggest that this new wave of radicalization emerged to fill a vacuum. The Old Left, as political scientists and historians use to describe the Left which concerned itself with the economic progress of the working class, has since the 1960s evolved into what we now call the New Left.

This New Left has taken up the mantle of social justice, advocating for and upholding feminism, LGBT rights, and environmentalism.

Initially, the New Left was a trailblazer, a force for good which encouraged the healthy and constructive exchange of opinion. However, in the past decade, the aforementioned exchange of opinions has become either nonexistent or heavily vilified by people who claim to be social justice activists.

Nowadays, the slightest sign of dissent from what the larger choir of progressives holds dear leads to the worst form of vilification. It is important to distinguish between rational criticism of everything, and blatant hate speech.

However, the New Left seems to make no distinction between the two. It has evolved from a healthy challenge to arcane and archaic social hierarchies into a body of work, thought, and galvanization, which has become entrenched in moral self-righteousness that is increasingly showing itself to be intolerant to dissenting opinion.

It is one thing to argue and employ factual information against opposing opinions, but to maliciously exploit structural problems like misogyny and homophobia to censure, silence, and intimidate those who dissent is irrational at best, and tyrannical at worst.

Jordan Peterson is wrong about so much, but he was right about one thing: Ideologies, when purported and absorbed by all strata of society, can often cause large numbers of people to do terrible things.

One needs to look no further than Nazism and Stalinism. Combined, these forces, and the massive intellectual currents which fueled their rise and absorption by their native cultures, led to world wars, genocides, famine, and some of history’s most deplorable violations to the notions of the “individual.” Noticeably, Nazism and Stalinism emerged as reactions to the sociopolitical tumult in their environments, instead of being isolated phenomena.

Free speech and intellectual inquiry go hand-in-hand. This is an integral part of the development of young people who do not simply follow the herd, like “intellectual sheep,” but who ultimately possess the moral courage to be able to think their own ideas, to feel empowered to stand on their own two, intellectual feet, to evaluate moral stances as informed, open people. This atmosphere creates a true, respectful diversity of opinion, and ultimately, a more humane society.

How Lebanese social spaces are changing

I am observing how campuses everywhere, even in AUB, are slowly becoming inhospitable spaces. What is happening today on campuses across the world is the very antithesis of free speech.

“Thought police” have canceled speakers on campus who do not align with their points of view. Worse, many students end up canceling themselves over the fear of arousing the angry mob—either in the classroom, when they experience biased professors and/or peers, or on the campus or student clubs.

“I believe that there is a correlation. The rise of extremism on both sides of the aisle is nothing new”, said Lara Askari, an AUB student who is active with the Secular Club. She believes that these sentiments have always been there, and only emerged as a reaction to the madness on the other side.

She believes that radicalism does not emerge in a vacuum, nor does it exist on one side of the aisle.

“I feel like nowadays, the topics discussed in the cultural circles or progressive spaces no longer make sense,” said another student, who chose to remain anonymous.

She first joined a certain progressive group in her university due to its promotion of feminism. “I saw this as a chance for me, as a woman coming from a traditional and patriarchal household, to engage in politics and share my opinion on things I knew or learned along the way.”

She says she feels disillusioned now, with rightful demands of feminism and LGBT “generally being used to create scarecrows which exclude people who are not members of some communities.”

She goes on to warn about the dangers which face free speech, and most importantly, the righteous causes that progressives now claim to represent.

“If people are displaying misogyny and homophobia blatantly today, what will stop them if they find across them a group of self-righteous censors and thought police?”

It is this hostility to anti-conformism, slowly becoming more and more visceral, that has produced figures like Jordan Peterson and Ben Shapiro and provided them with platforms to project their voices on.

To pin the blame on the Left or Right solely is unjust: Both sides of the debate have abused their platforms and continue to do so, in the name of justice or freedom or historical retribution.

The Right is preoccupied with attacking gender and identity politics, focusing solely on the economic problem (with little success in application) and dismissing identity entirely.

On the other hand, the Left has ascribed itself the role of morally superior judge. It continuously pillages the Right, but recently has extended its attacks to anyone who expresses an idea deemed non-conforming to progressive stances. Incidents of policing and “cancel culture” have exploded on campuses and in multinational corporations.

Rational engagement is being eroded by the clash of ideologies. Had this clash led to reflection on any two sides, there wouldn’t be a reason for concern. But the extremists on the Left and the Right are only getting stronger because both sides refuse to assess their actions and learn lessons.