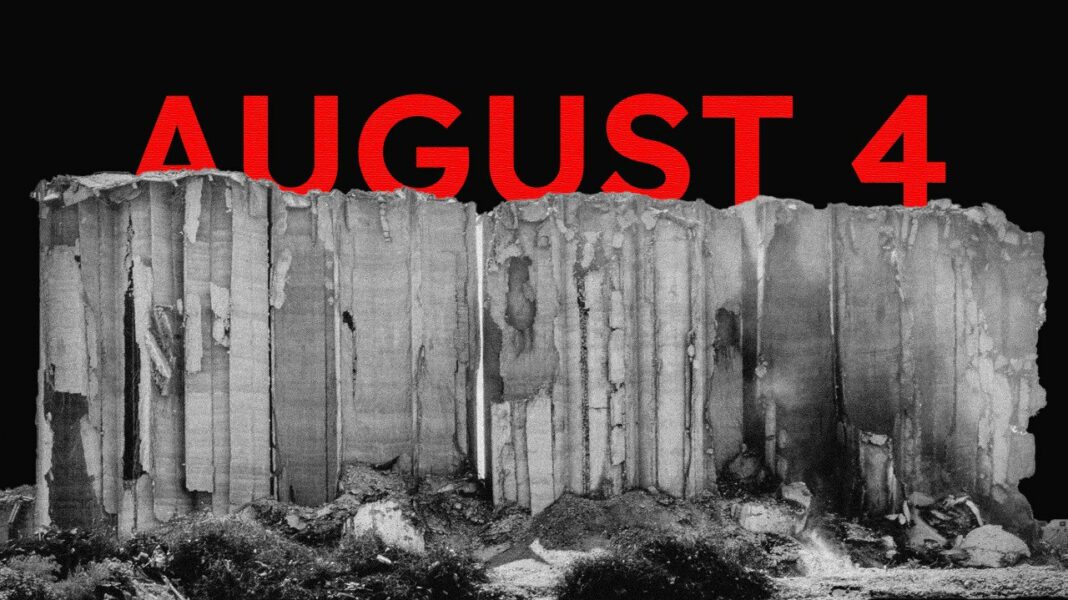 “Today, I feel like my mother’s life is losing its value. It is as if she never existed. It is as if nothing happened. It is as if the blast did not happen,” said 18-year-old Ariana Papazian, author of Deliah, a book she wrote about her mother, who was killed during the August 4 explosion.

When the clock hit 6:07 PM on that day in 2020, the time was engraved into the mind of Papazian—as it was for all Lebanese people in a story of tragic injustice and blatant murder.

Stuck in a moment of chaos, confusion, loneliness and fear, Papazian was forced to make either a final choice between evacuating from the building or holding on to the lying body of her mother Deliah between the shards of glasses.

Like Papazian, an innumerable number of Lebanese people lost a friend, family member, or lover after the deadly explosion struck the heart of Beirut. Two years after the explosion, these people are still demanding justice from a mismanaged and corrupt government.

Today marks two years since the Beirut Blast killed more than 220 Lebanese and internationals, and injured 7,000 of whom at least 150 have developed a physical disability as per a report by Human Rights Watch. The explosion also displaced around 300,000 citizens in the area surrounding the port, as buildings within a 20 km distance suffered great damage.

A City Without Justice:  The Official Investigations

After the blast, several Lebanese officials and MPs promised that the cause of the explosion would be investigated, the truth would be revealed, and all those who had knowledge of the ammonium nitrate harbored within the port would be prosecuted by domestic and international courts.

The official investigation has been put on hold, delayed, and suspended twice over the past two years by the political class. Unveiled documents over the years have offered irrefutable evidence that this very same class knew, in one way or another, about the presence and dangers of the explosive substance but did not act upon their knowledge.

The political authority has been putting off the investigation of the Blast in what is considered an attempt to evade accountability, because “a state’s failure to act to prevent foreseeable risks to life is a violation of the right to life” under international human rights law. Under Lebanese law, their actions could be attributed as an intentional/unintentional act of homicide.

In an interview with Beirut Today, recently re-elected independent MP Paula Yaacoubian said the current ruling class is doing its best to hide the evidence of the crime and evade both responsibility and accountability.

A City Without Justice: The Destruction of the Silos

Last week, Lebanese officials warned that a piece of the silos—a towering reminder of the devastating August 4, 2020 explosion—may collapse after the northern portion began tilting at a rapid rate.

In April, the authorities decided to burn them, infuriating victims’ relatives, who wished to preserve the memory of the disaster. Last Thursday, Parliament failed to pass legislation protecting them from destruction, which caused protests from the victim’s families in Nejmeh Square.

“The political class is proving to have no sympathy over what happened. They leave the fire, which needs foam, unattended for days. There is no will to stop the fire,” said Yacoubian. “Since they cannot directly show support for destroying the silos, it seems that they are trying in an indirect way for the silos to get destroyed and the criminal evidence to get destroyed with it.”

As a result of their mistrust of authority, many individuals have the same beliefs as Yaacoubian and assume the fire was lit on purpose or was purposefully left unattended as a part of the government’s plan to hide evidence.

A City Without Justice: Impunity of the Political Class

Tarek Bitar, the investigating judge in charge of the explosion, has accused five former top government officials—including Ghazi Zeaiter and Ali Hassan Khalil—of intentional murder and carelessness that resulted in the deaths of multiple individuals. He also accused many senior security personnel.

Accused politicians believe that Judge Bitar has no legislative right to issue a verdict against them, as they have the privilege of impunity. Bitar has also been continuously accused of being politically affiliated, with political parties such as Hezbollah demanding his dismissal from the case.

Brigitte Chelabian, lawyer and founder of Justice Without Frontiers, said, “When it comes to the August 4 explosion, I always focus on the issue of impunity and politicians getting away with murder in disrupting the process of justice.”

Lebanese authorities involved for human rights atrocities, including murder, torture, and the port explosion, continue to enjoy impunity. Authorities continuously impede the inquiry into the Beirut port explosion, taking several attempts to shield politicians and officials from summonses and potentially prosecution by the investigating court.

“In Lebanon, there is no political will for transparent investigations. Maybe if we really adopted the laws as per the International Criminal Court, or even adopted a system that would uplift immunities on politicians, we would have reached a result,” Chelabian added.

Human Rights Watch has also substantiated a number of prosecutorial and institutional faults in the national investigation that render it inoperable to dispensing justice credibly, such as blatant political meddling, impunity for high-level politicians, a disregard for proper trial benchmarks, and procedural fairness violations.

As of today, citizens’ expectations for justice after the 2020 blast have diminished.

With an explosion the size of the capital Beirut, sacrifices the size of the entire country, and victims from all across the world, nothing can honor the murdered more than justice. And until justice is delivered, the families of the victims say that they will never find inner peace and closure.