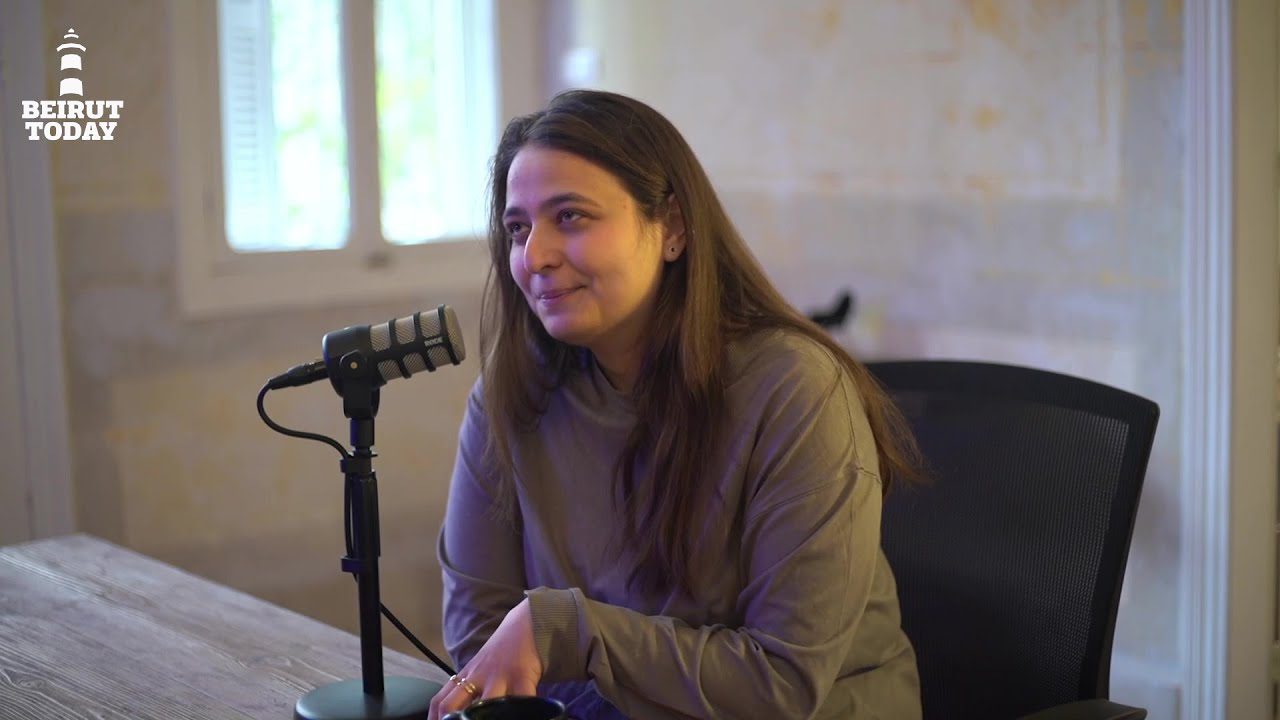 Verena El Amil has been making waves on social media as the “youngest and final candidate to register for the parliamentary election”.

While some have encouraged and supported her, others have criticized and even belittled her because of her age and for running in the Mount Lebanon III district when she was initially supposed to run in the Beirut II district.

Who is Verena El Amil?

El Amil graduated with a law degree from the Saint Joseph University and continued her studies in France. She later returned to Lebanon and worked as a lawyer in the country.

She has also been active in social and political circles, from the October 17 Revolution to secular student movements.

Her political campaigning aided in securing victories for the secular campaign in the USJ student elections, and culminated in her running for Parliament this year under the “Jil El Teghyir” campaign.

Beirut Today hosted the electoral candidate, who is running for the Maronite seat in Metn, as part of its “Beirut Talks: Election Studio” podcast. During the episode, she spoke to us about secularism in light of the sectarian electoral law, the rules and regulations that need to be reformed, and her electoral platform.

University elections may mimic those on a wider scale in Lebanon. In the past two years, we’ve seen secular clubs launch across campuses and gain monumental electoral victories in the face of once-dominating sectarian parties.

“The faculty of law especially was charged with sectarianism, there were no programs within the campaigns, and secular discourse was unfamiliar,” said El Amil about student elections at her university.

She stressed the idea that the secular campaign began to create a third option for university students, one that goes beyond traditional sectarian parties. She stressed social justice and a fair personal status law as core values that drive her work.

“I think university campuses are a place where we can kickstart change on a national level,” she told Beirut Today. “Student elections are a starting point on the path of nationwide change.”

On her electoral campaign

The electoral campaign of Jil El Teghyir, a phrase that translates to “Generation of Change,” includes the adoption of a progressive and just tax system, gender parity, and freedom and sovereignty.

“There’s nothing more beautiful than freeing political authorities from religious authorities, the separation of powers, and the unification of personal status laws under secularism,” said El Amil. “This is what will stop discrimination between men and women, and even between women themselves.”

“Some sectarian personal status laws authorize the marriage of underage girls, which goes against the human rights of women and children,” elaborated El Amil. “Women should also have the right to custody and not be subjected to the prejudice of authorities that hurt her and her child.”

El Amil says her personal campaign focuses on education and work in light of the crisis, emigration, and youth. She also believes the entire system needs to be changed. “The problem is the core of the system,” said the candidate.

Between Beirut and Metn

The candidate was born and raised in Metn. However, El Amil said that the default place for her to run was in Beirut given her university experience, her work with Beirut Madinati in 2016, and the electoral campaign she worked on in 2018.

“In light of some sort of tension and the number of people running for the seat [in Beirut], I decided at a certain moment that we should reduce the problems and tensions for the best and at a time when there was a need in Metn,” said El Amil.

She added that her work in Parliament would ultimately serve all of the country, rather than a specific district.

“It’s true that we run in certain areas, but my discourse will be for all of Lebanon. It will be the same in Beirut, Metn, the South, and the North,” said El Amil, describing the battle as one that is against the ruling class.

El Amil also believes she will benefit from her previous experience in social and political activism during the ongoing electoral battle. “Our presence in Parliament will be as a force of change,” said El Amil. “The important thing is breaking the dominance of sectarianism and to say that we’re here and reach the people.”

El Amil said she chose to run for Parliament  because of all the ideas, dreams, and hopes she has had since before and during her university years. “At a time when all those around me are emigrating, I wanted to give it a shot and to carry people’s ideas because I believe in change and that we have a right to dream.”

The candidate referenced how youth often say Lebanon is trapped in today’s crisis because their parents did not work for change. “I don’t want the next generation to say that we didn’t try,” she said. “I’d rather try and fail than not try, and earn the honor of trying.”

El Amil’s campaign also focuses on youth, who she says the system has been forcing to emigrate since the 90s. Lebanon’s economy is heavily reliant on the influx of cash from emigrants to their families. “Youth pay the price every time, and it’s as if they’re now asking us to pay the price again.”

In response to those who belittle her and other youth running for Parliament, El Amil says they will seize the opportunity to take part in the political decision-making process, in Parliament, and student elections and that their political agendas are clear.

“Our political choices are clear and we will not allow anyone to marginalize us,” she said.