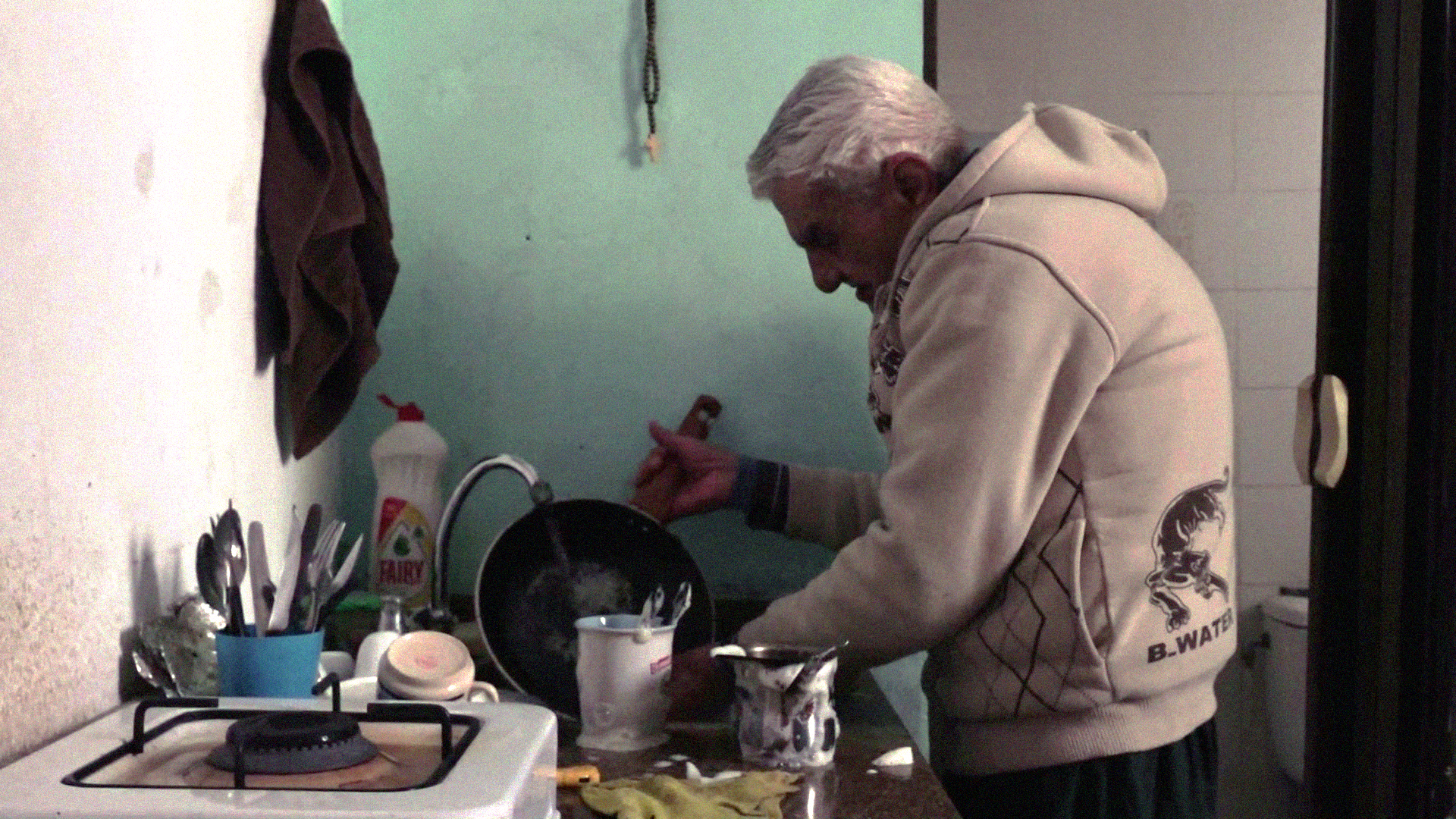 Growing older is not meant to be stressful, but Lebanon seems to always be the exception. Rather than finding their inner peace, taking up new hobbies, or basking in the warmth of their friends and family, those who live beyond 65 in the country are forced to work difficult hours to survive.

“Life is so hard,” said senior citizen Ali Arayssi, who works as a cleaner at the American University of Beirut. Despite his age, he can’t afford to stop working. It is his only source of income—his only way to “feed the family.”

The oldest population in the region

Dr. Abla Sibai, a professor at the American University of Beirut and president of the Center for Studies on Aging (CSA), speculates that the economic crisis may have contributed to an even greater increase to Lebanon’s older population and especially those who live alone.

Named one of the worst since the mid-nineteenth century by the World Bank, the crisis led to a significant emigration wave of Lebanese youth. According to UNESCWA, demographic expectations in Lebanon suggest that 23 percent of the population will be over the age of 65 by 2050.

As Lebanon falls deeper into its crisis, its older citizens hold the government accountable for their poor living conditions.

“There is no government,” said Arayssi, fuming at the circumstances. He told Beirut Today that he barely has access to water or electricity at home. Like Arayssi, 64-year-old parking valet Jihad al Ajam accuses the Lebanese government and calls it “neglectful and indifferent” to the state of the older population in Lebanon.

“At this age, I shouldn’t be working to survive, I should be resting at home,” Al Ajam told Beirut Today.

Sibai explains that the government has always viewed the relatives of the older Lebanese citizens as the only ones who should be responsible for their needs.

“But what if one has no relatives to rely on?” Sibai suggests, referring to the chunk of elderly citizens living alone.

Coupled with today’s crisis, the heavy reliance on relatives and the lack of a national strategy that ensures their rights leaves Lebanon’s older citizens in difficult circumstances.

Watch | Housing in Lebanon: A multifaceted crisis worsened by the collapse

In 2014, Sibai co-wrote the article “Aging in Lebanon: Perils and Prospects” and argued that “because health insurance in Lebanon is tied to employment, around 73 percent of the retired older populations have no insurance coverage.”

Sibai added that even retired employees are struggling because all of their reserved retirement money has been illegally held hostage by banks since the end of 2019.

An elderly waste collector on Bliss Street told Beirut Today he receives no aid, angry at the ruling class because of their lack of care towards the older population in the country.

“The government does not provide me with anything whatsoever,” he said. The elderly man numbly lit the palm of his hand with a cigarette lighter. “Don’t worry, we no longer feel anything. We are used to the cold.”

Despite the deterioration of their mental and physical health because of both the effects of aging and the difficult environmental circumstances they live in, many of the older Lebanese citizens maintain a noble attitude towards work.

“Work, in whichever form it takes, is not shameful,” he added.

A beacon of hope

Although aging in Lebanon is one of the toughest battles to fight, Lebanese senior citizens still hold on to one last thread of hope: Education. Ali Arayssi says that the one thing which he remains thankful for is the fact that his children still have access to an academic education.

“The real weapon of a human being is his book and his pen,” he told Beirut Today.

But it’s not only their children who need education. Having an outlet for their minds and creativity as everything else around them falls apart also provides a sweet comfort for the older population in Lebanon.

CSA even created an initiative called “University for Seniors” that launched back in 2012 and still operates today, according to Sibai.

The AUB program was formed to create an ideal educational and social environment for older adults in Lebanon. A $20 payment grants them access to any courses they would like to attend.

The idea behind such an initiative is to give Lebanese elderlies a beacon of hope and a sense of purpose to hold onto, especially during such tough circumstances. As Sibai likes to say, the program accentuates the “rosy” aspect of aging and gives our elderlies a reason to keep flourishing.

The need for a national intervention

Nonetheless, it is impossible to turn a blind eye to the dominating, gloomy aspect of growing old in Lebanon. The once reasonable $20 fee to attend such courses is now almost the equivalent of an entire month’s salary in Lebanese liras.

And while it is empowering, it is also not enough that citizens try to help others by raising awareness, creating programs, or setting up different organizations—nor should it be their duty. The core aid needs to be granted by the state itself.

It is the responsibility of the state to ensure the health, social, and economic rights of Lebanon’s older citizens, providing them with equal opportunities through well-rounded and actionable policies and plans that will allow them to age positively and lead dignified lives.

“We demand legal elder aid as soon as possible,” said 64-year-old Jihad al Ajam, speaking in the name of his peers.

For the meantime, it seems that NGOs remain the only shoulder that Lebanon’s older citizens can lean on. Beit el Baraka, Ajialouna, and Kibarouna are some of the few non-profits working with vulnerable Lebanese senior citizens in order to improve their quality of life.