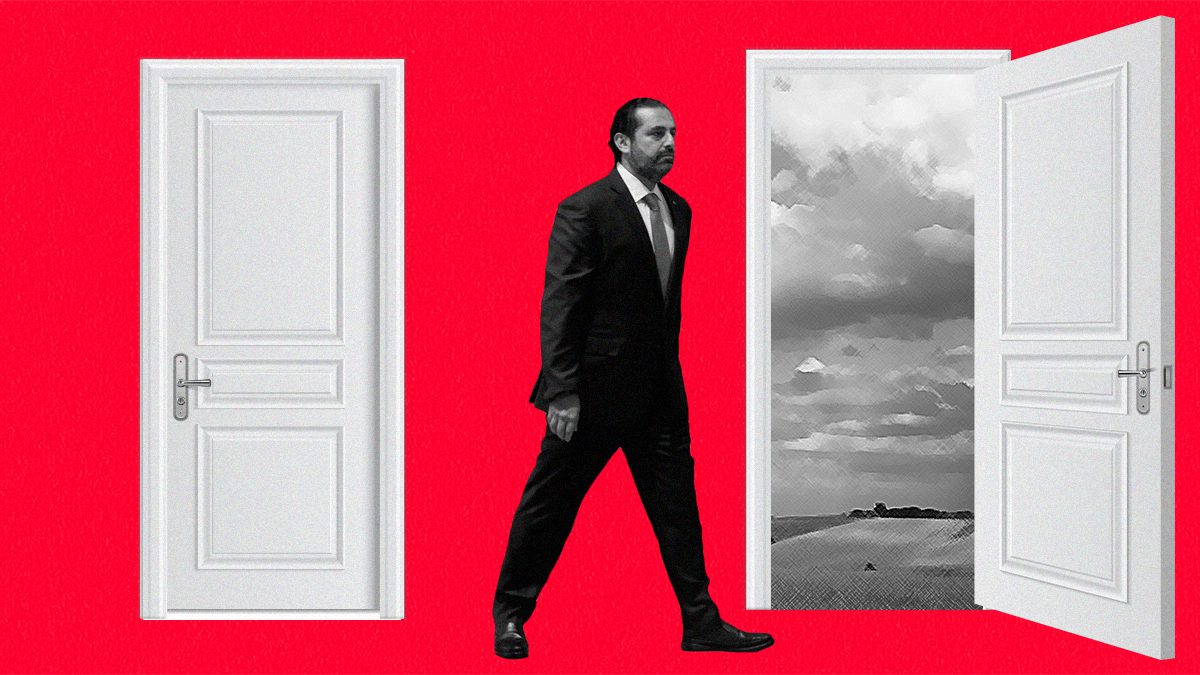 Why did Saad Hariri exit politics and what are the implications?

Chaos ensued after the head of the Future Movement and prominent Sunni leader Saad Hariri announced the suspension of his political work. The decision by Hariri, who bowed out of a decades-long political family business, shocked members of his party and the wider Lebanese public.

“I am suspending my political work and inviting my Future Movement family to take the same step as a means of bearing responsibility and because I am convinced there is no room for any positive opportunities for Lebanon due to the Iranian influence, our indecisiveness with the international community, internal divisions, and sectarian divisions,” said Hariri in a televised address. “I will also not be running the parliamentary election and will not nominate anybody from the Future Movement or in the name of the party.”

Speculations have been ongoing since he announced his resignation. Some believe Hariri considers himself to be the cause of what is happening in Lebanon and of delivering the country into the hands of Hezbollah and Iran. Others believe he suspended his work based on a decision from Saudi Arabia’s Crown Prince, Mohammed bin Salman.

“Saad Hariri’s decision has many reasons that have accumulated over the past years,” political analyst Sarkis Abouzeid told Beirut Today. “The first of these is that the relationship between Hariri and Saudi Arabia has not been good for a while. He’s no longer the first and primary person KSA relies on, as it was previously. The economic situation of Hariri in Saudi Arabia is also no longer the same, and he’s no longer supported.”

Abouzeid stressed that there’s no doubt Saudi Arabia is no longer satisfied with Hariri and his work, and that the country pushed him to, either directly or indirectly, freeze his political work.

Abouzeid stressed that Hariri’s performance in previous years is yet another reason for his decision to step down.

“There was a clear failure of the March 14 Alliance,” said Abouzeid. “The alliance was unable to achieve its program, did not have unified goals, and did not have a unified and sound administration, so it disintegrated.”

The analyst added that Hariri could not unite the alliance and work on internal political balance, nor did he have an active role in politics. Because mismanagement led to the fragmentation of the March 14 Alliance, Hariri was then accused of paving the way for other political groups—including the March 8 Alliance, and the Amal Party and Hezbollah in particular—to gain more influence.

Abouzeid added that Hariri bears part of the responsibility for Lebanon’s economic and financial situation, as he was the main-decision maker for a long period of time—from his economic influence to his role as Prime Minister.

“Hariri is in a way responsible for the “presidential deal” which negatively affected him and his rule,” he added.

The fate of the Future Movement

The unfolding events also indicate a high probability that the Future Movement will meet its demise unless an intelligent alternative plan is put into place.

The nature of Lebanese politics plays a major role in this: Sectarian parties must retain power in any of its forms to ensure their continuity, influence, and permanence. Hariri’s decision deprives the Future Movement of such power, especially with the upcoming parliamentary election set for May 15, 2022.

“Saad Hariri’s position will negatively affect the Future Movement in terms of creating more divisions and quarrels within its ranks, bearing in mind that one possibility is that he will benefit from the presence of an alternative plan and return to politics,” said Abouzeid. “Anything is possible given the nature of Lebanese politics, but the Future Movement will essentially face challenges that decide its fate and maybe lead to its demise.”

One serious possibility for the upcoming election is the nomination of certain personalities from the Future Movement on an individual basis, particularly those who are active in some Lebanese regions. Others will not be able to run for office, unable to cover electoral campaign expenses that were previously provided to them by their party.

An opportunity for Bahaa Hariri

“There’s an opportunity for Bahaa Hariri, but it won’t be a good one unless he presents a program and way of work that is different from what we have witnessed of him so far,” said Abouzeid.

The political analyst also denied the existence of any current alternative to Saad Hariri. “The Sunni sphere will be divided and fragment, and won’t be united by a single leader after Saad Hariri.”

Hariri’s absence will harm some political forces in the local political scene who were benefiting from the votes he can bring in, according to Abouzeid.

Abouzeid added that Lebanon will witness a transitional phase on regional and international levels, a “phase of chaos where some may benefit from security incidents or one that offers a way out.”

Political parties continue to search for one official they can blame for Lebanon’s abysmal circumstances, all while the Lebanese people continue to suffer at their hands—unable to think of anything beyond finding ways to put food on the table in a homeland that is far from a homeland.