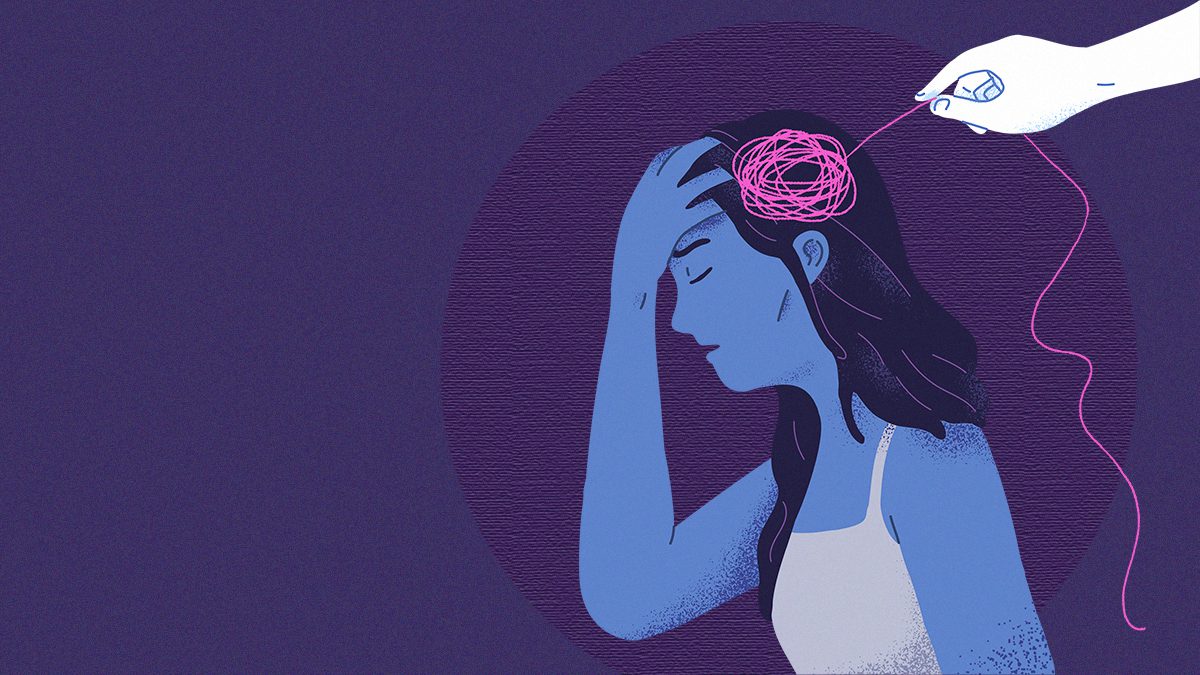 Mental health in Lebanon: What to expect in the near future

Its difficult circumstances have played a significant role in shaping mental health in Lebanon today, a field that saw prosperity in recent years with the work of NGOs and modern mental health providers, but still is a work in progress.

Most citizens of Lebanon today wake up with a pre-existing burden of trauma, an aspect of Lebanese society that has long been considered a taboo. Even the mention of the cause of the trauma is something that most individuals living in Lebanese society have a hard time doing.

Be it from the recent Beirut explosion or, for older generations, the agonizing memories of wars that have been repressed for years, trauma is a main pillar that the Lebanese diaspora constantly tries to ignore and deny.

Following that, the average Lebanese person has to endure a series of price increases that seem to take place on a daily basis due to the continuously deteriorating rate of the Lebanese pound.

This process encases and shapes every single action one may choose to go through throughout their day. The price of fuel constantly fluctuates, which may dictate how you decide to go to work. The price of groceries is constantly on the rise, which may influence what you decide to have for lunch that day. And in a general sense, the amount of money one has in their pocket or in their bank account is constantly losing its value, which will affect any decision-making process.

However, the most taxing aspect of a Lebanese person’s life may be the constant need to fight off hopelessness.

As the October 17 demonstrations cooled down, protesters yielded little to no success in the face of  a deep, downward spiral of failure for Lebanon as a state and a government.

Following all the energy, effort, time and bloodshed invested, engaged protesters slowly but surely lost interest and confidence in the cause.

Protesters were fueled by the demonstrations. They invested a lot into them and to see how that resulted in little improvement drained the drive of an entire nation.

Had they participated in these rallies or merely supported them from a distance, the citizens of Lebanon today constantly need to put in a psychological effort to overcome and process the fact that all of their labor yielded poor results. On top of that, they need to create their own motivation to keep going while ignoring and undermining all the reminders of the country’s current state.

The current status of mental health in Lebanon

Largely due to the impact of NGOs, Lebanon has made noticeable strides when it comes to accessing mental health support but there is much to be said on how the shortcomings of the field will impact the process of internalizing and healing all previously mentioned stressors.

Today, a therapy session with a therapist or counselor would cost approximately $30, almost the Lebanese minimum wage for a single session. Therapy, being a continuous process that requires a multitude of sessions, is simply an unrealistic and unaffordable luxury for some of the Lebanese population.

Another shortcoming of the field is the existing stigma that lingers around seeking psychological aid. Within the realm of therapy and treatment, Lebanese practitioners have made strides into making the latest and most reliable treatment plans available to their patients.

However, these strides cannot reach maximum efficiency if a segment of the population still faces social shame and rejection should they choose to undergo treatment.

When it comes to educating the masses through awareness campaigns, open discussions and normalization patterns of seeking mental aid, Lebanon has a long way to go before everyone can feel comfortable seeing a therapist or mental health professional.

Passing judgment is still heavily rooted in Lebanese culture and until serious action is taken, the progression of the field of psychological help will always be halted.

This aspect of mental health in Lebanon is rooted within the fact that some mental health providers showcase negative profiles which creates obstacles in the therapeutic process and could even negate the effects of therapy altogether.

These issues develop from the malpractice of practitioners when it comes to respecting ethical codes, profile issues that handicap the ability to create a judgement-free safe place for clients and most importantly lack of accountability and monitoring of practitioners.

What the future holds for mental health in Lebanon

In regard to the general population, one could look at the history of the world and notice that Lebanon is not the first country to go through the intersection of political instability with an economic collapse.

While studying the literature of similar contexts such as the United States in the 1930s during the great depression, the 1980s during the recession or even modern-day Venezuela, one aspect is maintained when it comes to the general state of the population’s mental health: The general rise in the rates of both anxiety and PTSD.

Living in the melting pot of both continuous financial collapse and political violence and instability creates an atmosphere of reinforcement for these two disorders.

From what we can call “exchange rate anxiety” to witnessing a series of unhuman events such as the Beirut port explosion or the multitude of shootouts, Lebanon is surely to witness a peak in both these disorders.

However, what could be viewed as distinctive about Lebanon is the previously mentioned feeling of despair and hopelessness.

These patterns of thinking create cognitive loops in a person’s mind, the constant shift from the urge to try and create change, be it on a societal or personal level, to giving up due to doubt and lack of faith in everything in one’s surroundings.

The development of both these feelings and the cognitive patterns that go hand in hand with it will inevitably lead to a lot of non-functional depressive symptoms.

Symptoms that will make their way onto how one treats their families, how one approaches their job and in a general sense, and one’s outlook on life itself.

All of these symptoms and plausible disorders that are more than likely to occur in higher frequency are heightened and even mediated by the lack of institutional stability found in the field of mental health.

The lack of access to a therapist, the stigmas, the conspicuous practitioners will all play a role in elevating the pre-existing potential risks.

How much longer will the Lebanese population ignore this inevitable outcome? An entire population that will be ridden with disorders and sentiments that will sweep entire communities with minimal available help.

The conversation must start now, and it must start with the health professionals warning about what the future holds to be able to combat the problem before the situation escalates more than it currently is.