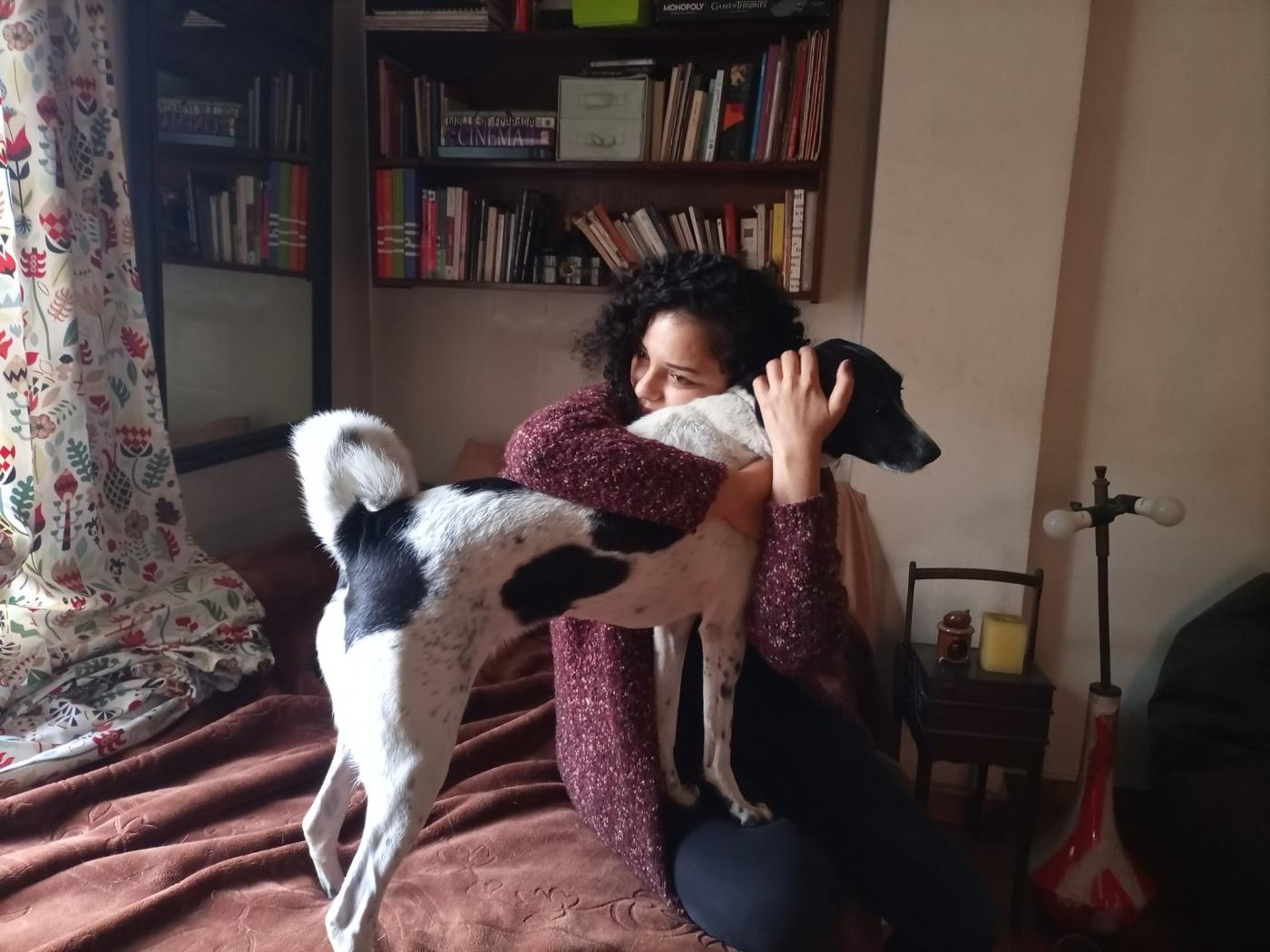 One Egyptian activist out of prison, another 3 in

Prominent Egyptian Human Rights activist Sanaa Seif was released from prison on Thursday, December 23, after serving her 18-month sentence on charges of “spreading false news and insulting a police officer.”

Sanaa was charged for shouting at a policeman who allegedly “physically and verbally assaulted her mother, her sister, and herself” when they submitted a report about an assault against them at Tora prison.

Just a few days earlier, the Egyptian Emergency Supreme State Security Court sentenced Human Rights lawyer Mohammad El-Baqer and blogger Mohamed “Oxygen” Radwan to four years in prison each. It also sentenced political activist Alaa Abd El-Fattah, who has been recurrently and illegally targeted by Egyptian authorities since 2013 and publicly deprived of his rights as prisoner and citizen, to five years in prison.

The most significant part of the trial itself was the absence of the judge from the sentencing hearing, as well as Abd El-Fatteh and his companions’ absence.

The processes before, during, and after the hearing provided the quintessential example of the current regime’s need to demonstrate its ability to punish those who dare challenge it in spite of several advocacy campaigns by human rights organizations and diplomatic missions by governmental institutions.

The most ironic of these campaigns came from the German Foreign Ministry and European Union entities, who continue to supply president Abdel Fattah El-Sisi with weapons and arm deals.

This comes as part of a long history of authoritarian regimes in Egypt silencing, persecuting, and jailing dissidents that goes back to the middle of the 20th century.

In 2016, the Egyptian Government launched the national agenda “Egypt Vision 2030,” which consists of eight main national to be met by 2030 in line with the United Nations Sustainable Development Goals (SDGs), and the Sustainable Development Strategy for Africa 2063, which—also ironically—aims at developing the country’s system of military manufacture.

Egypt Vision 2030 has been dubbed by many political commentators and analysts as a whitewashing project for the government’s incessant oppressive measures against activists and vocal speakers and seeks to give the regime more humanitarian “legitimacy” vis-à-vis diplomatic and economic partners.

In addition, a major part of European and international economic and military support to Sisi’s regime is due to the latter’s control of the inflow of refugees from African countries south of Egypt such as Sudan and others and its hosting of a population of over 100 million persons. In that sense, the Egyptian regime is the gatekeeper and watchman over another possible wave of refugee influx into Europe.

Obviously, this hasn’t stopped the regime from recurrently using this reality to blackmail diplomatic partners and cement its position.

The chokehold over activist and even research endeavors doesn’t seem to be easing up anytime soon, with actors in all fields, including those exiled who fear returning to their home country, being subject to extreme monitoring and securitization.

This includes incidents such as the Egyptian government freezing the assets of Nazra for Feminist Studies, a women’s rights organization, and its founder Mozn Hassan. The feminist activist was also subject to a travel ban in 2016, and some of her organization’s staff was summoned for interrogation.

The crisis isn’t only related to freedom of speech. Egypt is witnessing increasingly noticeable unequal development evolutions, with rural areas to the South often left in complete destitution, and the major economic and social reforms centered in the Northern, central areas.

Similarly to Saudi Vision 2030, the wave of normalizations in the Gulf, and other Arab regime initiatives, the Egyptian case demonstrates authoritarian Arab regimes’ whitewashing strategies.

They hide human rights violations and abhorrent measures vis-à-vis dissidents, and cover it geopolitically with ostensible “modernity” schemes and technological revolutions, all of which are appealing to the Orientalist lens of colluding foreign governments.