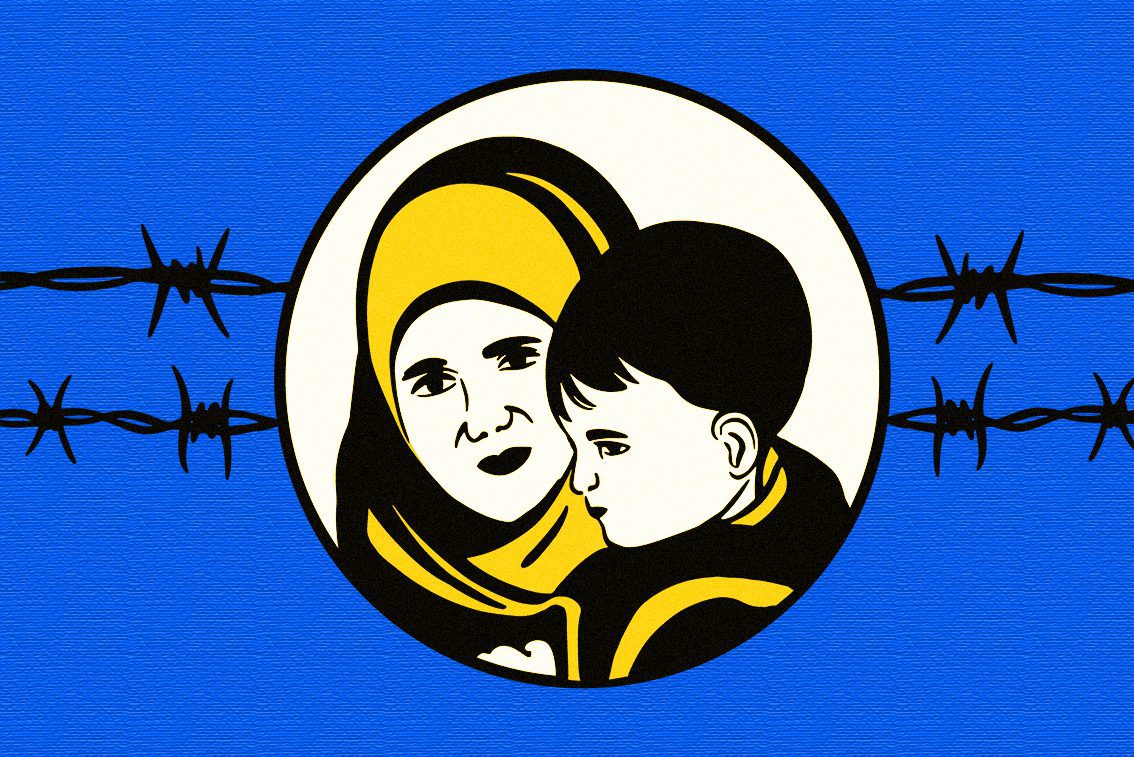 While the economic crisis has negatively impacted all in Lebanon since late 2019, vulnerable communities in particular are taking the heaviest blows. Facing a silent danger that can often lead to their deaths, many underprivileged Syrian refugee women keep quiet about their suffering as society turns a deaf ear to the subject and helps their abusers escape punishment.

But the Lebanese law is applicable to all who face violence, harassment, or exploitation.

“The Lebanese Penal Code and both civil and legal laws, all apply to refugees to protect them without discrimination,” said lawyer Amer Bader El-Din, a member of women’s rights group Kafa (Enough Violence and Exploitation). “A refugee Syrian woman is like any other woman in Lebanon. To benefit from the law, she must communicate with the ISF or with any active civil association in the field of women’s rights.”

Recent statistics from the UNHCR indicate that around 892,310 Syrian refugees are registered in Lebanon—their majority being women and children. This number may be larger when we consider those unregistered in the country.

Paired with an economic, political, and health crisis, the large number of refugees often live in abysmal health, social and food security standards. According to the Access Center for Human Rights (Wousoul), which specializes in refugee rights in Lebanon, 92 percent of Syrian refugees in Lebanon are facing malnutrition and around 66 percent of them live in poor conditions.

Crisis and violence are connected

Violence often emerges in times of crisis, with women and children being most vulnerable to it. Wousoul registered 158 cases of human rights violations against Syrian refugees in Lebanon during 2020, including arbitrary arrest and detention, torture, ill-treatment, arbitrary deportation, sexual violence, the withholding of official documents, forced eviction, and forced disappearance.

Some NGOs  have hotlines to report violations against refugee women, including the Sawa Association for Development. Founded in 2006, Sawa is dedicated to the educational and social development of Bekaa residents—and the protection of female refugees.

“Many organizations have hotlines to report violence and exploitation, and Sawa Associations for Development can be reached through the number (03/014550), and we advise women refugees to not hesitate in reporting any case of violence, exploitation, or harassment,’ said Mdallaly.

The Internal Security Forces have also allocated a domestic violence hotline (1745), considered a life-saving refuge for some of the victims.

SAWA received an average of  50 calls a month from women and girls who were subject to violence inside camps in Western and Central Bekaa during Lebanon’s total COVID-19 shutdowns.

“Violence against women is not new,” said Sawa Executive Director Nawal Mdallaly. “Even before the COVID-19 pandemic, 243 million women and girls were subject to violence. The pandemic has added to those numbers, while access to support programs and help became more difficult.’’

Bekaa, where Sawa mostly works, holds the highest number of refugees in Lebanon.

“To protect women and girls inside of the refugee camps, a safe space for women should be created and healthcare should be provided to survivors, facilitating access to security and justice,” said Mdallaly. “In addition to increasing awareness about their rights and helping them know how to access legal, social, and health assistance.”

“The economic crisis that Lebanon is facing has had an impact on women’s lives in Lebanon, especially refugee women. They belong to the most marginalized group in Lebanon, living in remote areas without protection or financial resources and subject to their partners’ orders inside the camps.”

Struggling to secure an income during the COVID-19 pandemic, men often “believe they have the right to take out their anger on their families, especially their wives.”

The need for resources

“In light of the severe economic conditions in Lebanon, and the total absence of the government in managing the citizens’ affairs, some international and local organizations are doing the government’s work by providing refugees with financial resources and providing them with social, health and legal assistance as well,” said Mdallaly.

“Without international organizations, we would have found a huge defect in the structure inside the camps, where they are in huge need of a monthly income and they are not allowed to work if they are registered as refugees.”

The organizations provide monthly payments, as well as healthcare for families registered with the UNHCR, according to Mdallaly. “The protection section in the UNHCR receives domestic violence complaints and works to protect women, girls, and children from violence and exploitation.’’

Sawa Association for Development strives to provide help in a way that wouldn’t expose women and girls to harm, through awareness campaigns in refugee camps and by providing psychological and health support.

The group also manages cases and refers women affected by violence to safety centers in coordination with other organizations, and offers legal help if survivors of abuse want to press charges against the aggressor.

“The law protects all women who reside on Lebanese land,” said Mdallaly, who provides trainings on the application of the law.

Lawyer and KAFA member Amer Bader El-Din reiterated Mdallaly’s statement, stressing that female Syrian refugees who are exposed to violence are subject to the protection received by Lebanese women and their children via the domestic violence law.

But refugees are often afraid to come forward with their complaints. “Despite the awareness campaigns that we provide in camps to combat violence and child marriages, some female refugees are still afraid to disclose the violence that they are subjected to,” said Mdallaly. “That might be for many reasons, including the patriarchal  control over women’s decisions inside refugee camps, the fear of losing their children, the lack of financial resources, and the lack of job availability that might help them support themselves.”

She made it clear that the goal of local and international organizations is to help female refugees achieve social and financial stability. Mdallaly added: “Over the span of six years, Sawa conducted many projects with other international organizations that were aimed at condemning violence, increasing women’s and girls’ awareness of their rights, and empowering  them economically (through sewing, embroidery, teaching them English, literacy, and financial management).”

Some  emergency numbers and hotlines do exist but “sadly, a large number of women do not have the means to make  calls or report cases of violence or harassment, not to mention their fears of being subjected to even more violence,” said Bader El-Din.

“Because of these reasons and more, we might find that the number of violence, harassment, and exploitation cases reported is very low.”

Protecting female refugees—or any woman in Lebanon—from domestic violence, exploitation, or harassment is achieved through action and confrontation. Women must report these crimes, relevant security forces must act immediately to protect them from further violence, the international community must lend a helping hand in times of crisis, and NGOs must act in the absence of official institutions.