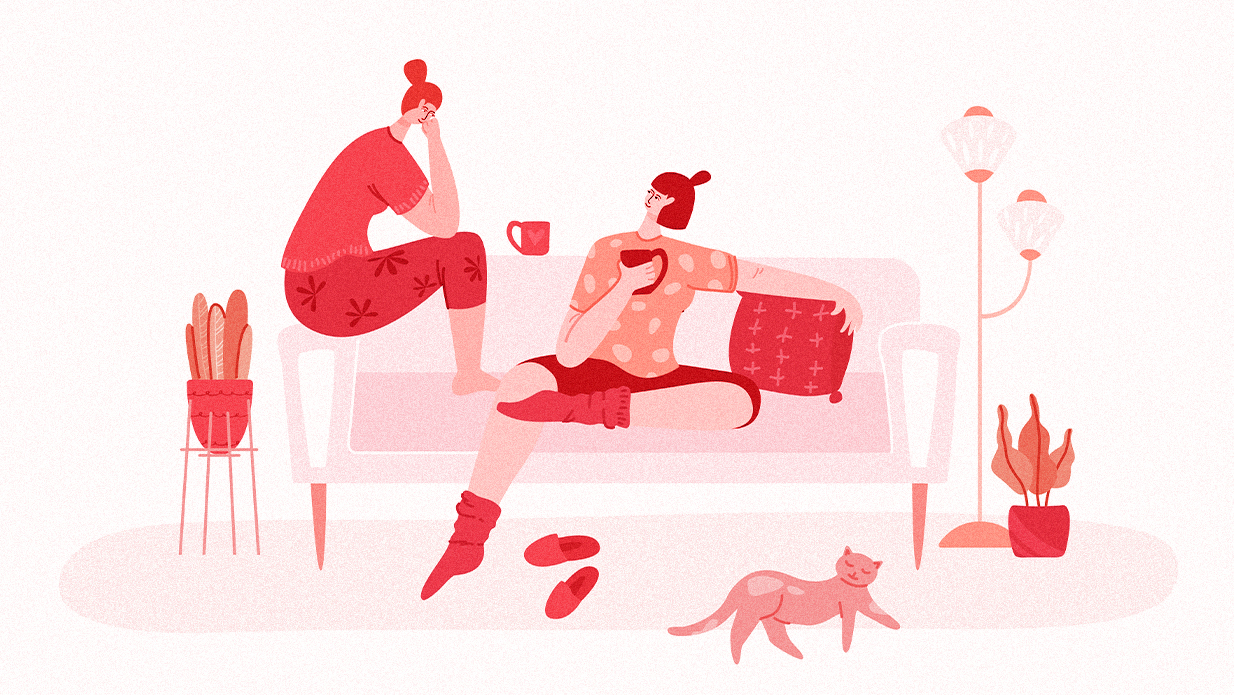 Queer and homeless: LGBTQ+ housing issues after the Beirut blast

After finding out he was gay, RS’s family forced him to see a therapist. The gay Lebanese man, who has now been living on his own in Beirut for the past two years, agreed at the time –despite being aware “of how pointless that was.”

“Maybe, I was hoping I could change myself so that my family could accept me again, but that did not work out,” he said. Left with no other options, he had to accept himself the way he was. “As for my parents, that meant moving out and living by myself because neither our religion nor our environment tolerates such a disgrace.”

Variations of this difficult sequence of events often unfold, and have unfolded for a long time, among members of Lebanon’s marginalized LGBTQ+ community. And then the Beirut blast happened.

The port explosion decimated swathes of the city, wounded 6,000, and killed around 200 individuals. Already deprived of their basic right to live with dignity, queer people in Beirut lost a thriving and crucial hub in the blast when two of the most badly damaged areas were the bustling neighborhoods of Gemmayze and Mar Mikhael –which they had spent years turning into safe spaces.

Helem, a non-governmental organization working towards justice and equality for the LGBTQ+ community since 2001, estimates that 39 percent of all the violations it recorded in 2020 were related to eviction and homelessness.

The community center, with its mental health and emergency support, is considered a lifeline for the queer community in the face of discrimination, violence, and persecution. But there’s so much going on.

As if the constant discrimination, homophobia, and transphobia were not enough problems to deal with, the LGBTQ+ community in Lebanon now has to shoulder the heavy burden of the harsh economic crisis, the COVID-19 pandemic, and the Beirut blast.

Queer-friendly places in Lebanon could almost be counted on the fingers of one hand, and the homes where queer people grew up more than often don’t make the cut.

While many queer people are forced to leave their houses and live away from their families, commerical landlords are not very welcoming either.

“I would never lease the apartment to a queer person even if they pay me three times the monthly rent,” insisted Hassan Choughari, a Lebanese landlord.

Discrimination, homophobia, and transphobia are neither new concepts to the country, nor are they one-off incidents. In a “conservative” society such as Lebanon, people are quick to cast negative judgement on any person who identifies as different from the norms that society has come to accept.

Multi-pronged and deep-rooted, the stigma facing the LGBTQ+ community goes beyond housing discrimination and public accomodations. It also slithers its way into vague laws used to persecute them, media misrepresentation that further humiliates them, and harassment by public authorities and security forces as a result of religious convictions, misinformation, and a patriarchal system.

In just a matter of seconds, the Beirut port explosion destroyed the Gemmayzeh and Mar Mikhael areas, known for being two of the most LGBTQ-friendly neighborhoods in Beirut.

The neighborhoods, directly across from the site of the August 4 blasts, housed queer-friendly cafes, bars, and event spaces. But it goes beyond that: Many queer folks rest their heads in Mar Mikhael and Gemmayzeh. An explosion, paired with dollar and rent crises, make for a bad mix.

Zeidan says that the areas that were severely damaged as a result of the explosion included Beirut’s old neighborhoods, where most working-class LGBTQ+ people live because of affordable housing prices.

“After the blast, LGBTQ+ people were scattered,” said Zeidan. “When a queer person finds a safe place to live, it becomes their environment. It is not easy to pick up and leave to another area where they can be accepted the way they are.”

As is the case with many across the country, many  LGBTQ+ people struggle to afford an apartment due to unemployment  and limited financial capabilities. In many cases, the workplace is another unfriendly environment for this marginalized community.

It is oftentimes difficult for queer people to find a decent workplace: Many face sexual discrimination and exploitation where they work, in addition to the absence of health insurance and social security services.

According to Zeidan, all the economic, political, and health tragedies played a role in deteriorating the living and working conditions of the LGBTQ+ community.

“Many members of the community have either lost their jobs or suffered a pay cut,” he added.

In attempts to fill the gap, Helem has been financially supporting LGBTQ+ individuals who need safe housing by giving them a certain sum of money to pay the rent. While this is effective at the time being, it is only a short-term solution.

“It is hard to accommodate a big number of individuals on the expenses of the organization for more than one or two months maximum,” said Zeidan.

According to Helem’s executive director, the harsh conditions we are facing were followed by a noticeable increase in the number of help-seekers calling Helem’s hotline.

“The lack of mental health services is a silent killer,” he said.

Indeed, Lebanese NGOs are working hard to reduce the impact of the crises Lebanon is going through on marginalized groups. But the question remains: In the absence of the state and the lack of protection for queer people, for how long can these organizations keep fighting for these individuals’ basic human rights?