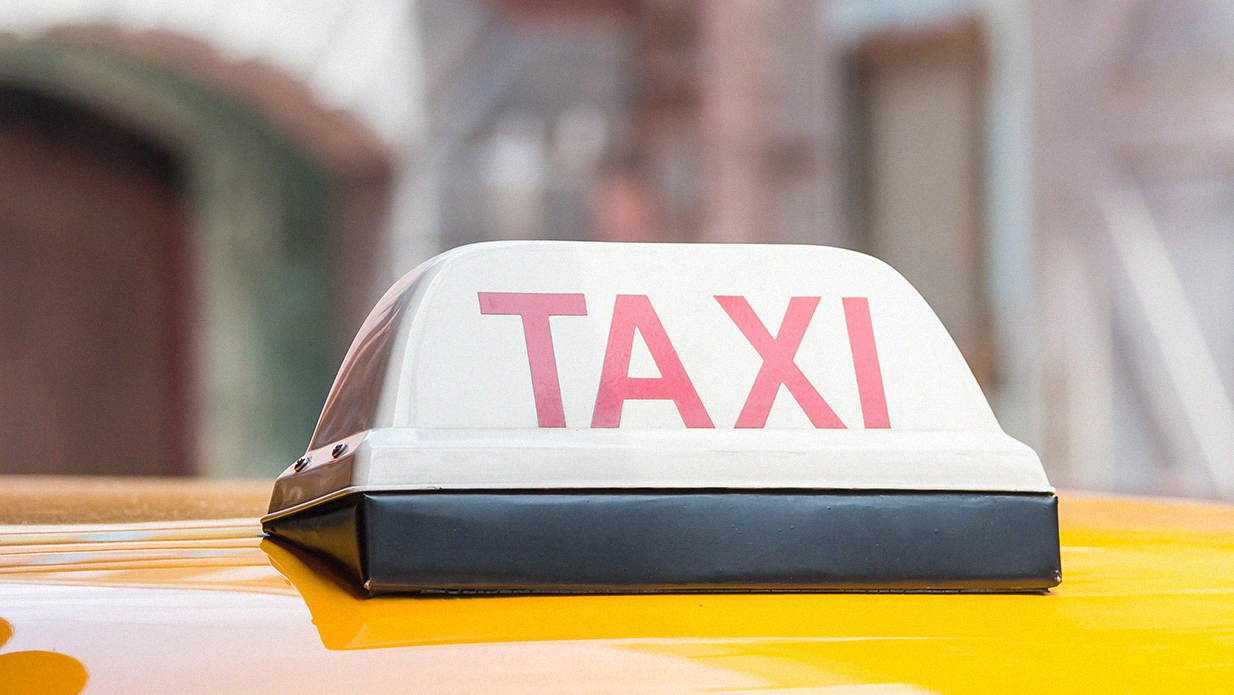 Near the old lighthouse in Beirut stood a barefoot boy, no older than 10 years and in denim pants that were far too short. He was trying to hail a shared taxi, popularly known in Lebanon as a service. When a taxi car finally approached, he ran to it, his feet numb against the ruggedness of the ground, and asked: “To Ouzai?”

He needed a ride back to his house in the suburban neighborhood, 25 minutes away from where he stood. The boy only had LL 2,000, the pre-economic meltdown cost of a ride.  Today, a taxi ride within Beirut is regulated at LL 4,000, but a ride to Ouzai would be equivalent to two rides and would cost him LL 8,000.

The first increase of the taxi fee from LL 2,000 to LL 3,000 happened in July 2020, following protests held by public taxi drivers about their financial hardships. Amidst a persisting economic collapse, COVID-19 restrictions and increasing fuel prices, the Public Works and Transport Ministry announced another fare increase of 33 percent to LL 4,000 in March 2021. This price hike manifested a transfer of cost to riders equally affected by the repercussions of the widespread economic crisis and COVID-19 restrictions.

Nonetheless, despite this increased rate, drivers showed the boy a willingness to charge lower fares. The first driver who stopped told the boy that he can charge him LL 5,000 instead of the LL 8,000, while the second one was empathetically ready to go down even lower to LL 4,000.

The service taxi system in Lebanon is commonly reliant on split-second negotiations. Drivers and passengers usually arrive at an agreement based on factors such as traffic conditions and whether the route would provide more customers.

However, at the time of this scene, roads towards Ouzai were congested, and there were no guarantees that drivers would find other passengers going in this direction at this time of day. The drivers who chose to lower their fares were not acting in their self-interest,  rather, it reflected a sense of solidarity that compelled them to find a price that would account for the economic hardship of the rider while limiting their losses as much as possible.

“I know I have the right to ask the passenger for LL 4,000,” said Ayman, a 60-year-old electrician turned taxi driver. “However, when the rider seated next to you has no job and barely any money to feed himself and his family, is it fair to him to ask for this increased rate?”

Ayman spoke of a young girl who rode with him one day.

“I spent most of the day with her, as she was attempting to apply for jobs from one place to another. At the current rate, I could have charged her LL 40,000 for my service, however I only told her to pay me what she thought was fair to the both of us.”

By not acceding to the rate officially deemed fair to him, Ayman, despite his own vulnerability, revealed a reluctance to abide by market and authorities’ rules that failed to bring social and economic justice to most Lebanese people.

A past and present of authorities’ incompetence and a reality of currency devaluation and soaring prices have made it hard for people to believe that formal market mechanisms will secure any type of safety net for vulnerable Lebanese people.  These circumstances arouse a human willingness to sometimes abandon formal market rates for alternatives that would reflect, in this case, riders’ ability to pay.

Hussein, a 65-year-old taxi driver explained that to reach the most socially optimal outcome, he charges people different fares based on what they can pay.

“I am able to charge some riders LL 4,000 and even LL 5,000, however others can only pay LL 2,000. I know if they cannot pay above LL 2,000 then their circumstances are bad, and so if they are heading in the same direction I am, I don’t charge them anything. God will help me in return,” he said.

This reality underscores a need to develop fair arrangements that would reconcile drivers’ welfare with riders’ needs and circumstances. This is particularly pressing considering that these taxi drivers play an essential role in supporting the livelihoods of other urban working poor, who have not been protected from Lebanon’s economic collapse, through providing them cheap and flexible transport to and from their workplace.

One important aim would be to limit the transfer of the transport cost burden from drivers to passengers. To efficiently achieve this, it is critical that the issue of supporting taxi drivers goes from being considered as a static issue involving increased fares on riders, to being a dynamic practice that involves different schemes and urban policies.

For instance, when fuel subsidies are cut, a newly formed Lebanese government in collaboration with international organizations, such as the World Bank, could consider schemes to keep fuel subsidies for public transport drivers.

Additionally, schemes could include subsidizing the insurance payment of drivers and exempting them from paying mechanic fees, while still undergoing the mechanics checks. This could in turn provide a financial cushion to drivers without increasing the fares on passengers.

Another important aim would be to establish social protection schemes for public drivers. For this, international organizations such as the World Bank and ILO could support unions and associations of transport workers to establish systems of basic social protections as well as their own micro insurance and mutual aid health schemes.

For instance, in Pakistan, the Transport Workers’ Federation, maintains a fund to assist members in times of crisis, such as illness, injury or death. Similarly, in Benin, the National Union of Zemidjan (motorcycle-taxi drivers) holds a loan fund for members that could include repair or purchase of vehicles, or children’s school expenses.

Finally, considering that drivers know their needs, their situations, and their priorities best, they should be included in policy dialogues on issues concerning them, such as COVID-19 restrictions on public transport, and increasing fuel prices.

The widespread economic collapse calls for fair arrangements that move away from an approach to urban planning and policy-making that marginalizes and exploits the working poor. Economically and socially optimal solutions should enable drivers like Ayman and Hussein to provide affordable rides without compromising on their earnings.