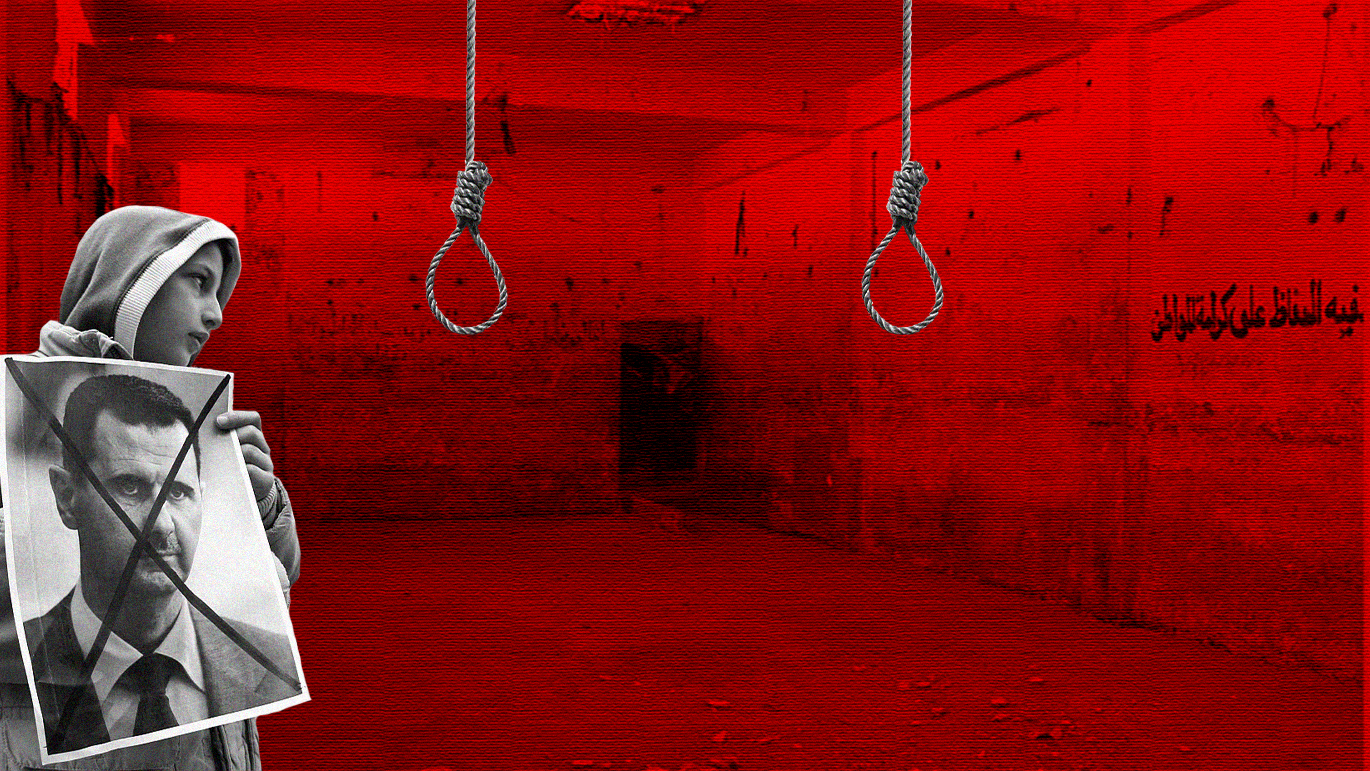 Freedom stood at the door in 2011, the year in which a glimmer of hope sparked across the Middle East and North Africa through a series of uprisings that swept from one country to another.

Like Tunisia and Egypt, an initial bout of hope for reform and political transformation broke out in Syria. Syrians broke past the barriers of fear, ignoring the bloody history of state violence to roam the streets, chant and protest for their basic rights.

“I am craving freedom, he who kills his own people is a traitor,” chanted Abd al-Basset al-Sarout, the revolution’s nightingale, in times when heroic Syrians rose up demanding freedom and dignity.

Yet, this innocent bout gave way to one of the most violent conflicts in modern history, instigated by President Bashar al-Assad’s dynasty, infamous for cracking down on peaceful protests over the years. The peaceful protests turned into a full-scale civil war which marks its 10th year in March 2021.

In 10 years, casualties have dangerously grown from a handful of young protesters tortured and killed by the regime to hundreds of thousands. It seems that the death counter in this gloomy part of the world works non-stop, to the extent that international players and organizations have lost count.

Simply put, why did Syrians revolt?

An Emergency Law was set in place for 48 years in Syria before the outbreak of demonstrations. It gave security forces the full authority to arrest, torture and kill any opposing voice.

Security forces, rendered untouchable, ruled through fear. They would send citizens practicing their right to free speech to places where daylight seems to be a myth.

The 1962 law was repealed in April 2011 following the start of the protests, a development seen as futile without proper accountability practices for security forces and an independent judiciary.

The livelihoods of everyday people worsened under Assad’s rule while regime figures grew richer over time, fueled by bribes and a deeply rooted corruption that became the norm within the Syrian community.

Unemployment, corruption and lack of political freedom prevailed across the span of the Assad family’s four-decade dictatorship –up until the people decided to emancipate themselves from the tyranny of the state.

No solution amidst international control

“There have been some attempts and ‘plans’ to solve the Syrian conflict, but as long as Vladimir Putin and Ayatollah Khamenei –who are now the real leaders of the country– are not willing to negotiate, there is no real solution,” said Syrian-French photojournalist Ammar Abd Rabbo.

Abd Rabbo believes that absolutely no solution can be arrived at as long as Assad and his security system are in power.

The state of crushed dreams

When he was barely 14 years old, Yazan (an alias for his safety) was captured and detained in December 2011 by the Air Force Intelligence Branch –one of the most notorious intelligence branches in Syria, established by Hafez al-Assad himself.

Yazan, who comes from a middle-income family residing in Syrian port city Latakia, was studying for his official exams when the protests began in 2011. He recognized their importance, and began to acknowledge the value of freedom.

“I started to understand that we live under a suppressive regime,” said Yazan. “Silence was no longer an option. The number of people joining the protests was growing on a daily basis.”

“We were trapped,” he added. “We had numerous informants among us and we were faced with bullets and tanks.”

Yazan gave a wry smile, taking a puff from his cigarette before explaining the prevalence of age-old discrimination in his homeland.

He highlighted that Alawites, the sect of Shia Islam that Bashar al-Assad belongs to,  held certain privileges compared to citizens from other sects. According to Yazan, Alawites always have access to state employment due to their deep integration into the networks of Syrian power.

In what he called brainwashing practiced over citizens since birth, Yazan said that students were forced to chant for the Ba’ath party and the “immortal leader” in schools and taught to praise the regime.

Gradually, Yazan became dedicated to demonstrations, neglecting his studies with all the fervor of the protests.  He identified the violence he witnessed in prison as indescribable and the torture as unbearable.

All kinds of tools were used to humiliate detainees and inflict intense pain on them. Yazan, a 14-year-old kid, was subjected to rampant abuse just for filming the protests.

Following his release from detainment, the activist was forced to flee. The young Yazan left his homeland, his dreams, and his education for safety in Lebanon, where he was forced to choose between education and work. But it wasn’t much of a choice at all.

Feeling lost, helpless, and the unbearable weight of an unfair life, Yazan began to work as a means of surviving when he was away from his family.

In his conversation with Beirut Today, he constantly circled back to the issue of education. Yazan wanted to study English literature, but “everything collapsed” in his world.

Hamze Khalil shared his painful history with the regime. The 31-year-old hails  from Hama, a historic city brought to its knees in the early 80s when Hafez al-Assad’s armed forces surrounded it for 27 days in retaliation for an attempted uprising by the Muslim Brotherhood.

The siege resulted in the complete destruction of Hama. Residents were heartlessly slaughtered. Until today, the mere mention of the massacre evokes chills through the entire nation.

Khalil’s uncles both disappeared during the massacre, with one of them coming back 15 years later and the other still nowhere to be found.

Tadmor: A glimpse into the underworld

Khalil described tales of madness and cruelty coming right from his detention in Tadmor for almost two years, a prison labeled as the worst in the world and a source of “despair, torture, and degrading treatment” in the words of Amnesty International.

He was a soldier who couldn’t stop himself from courageously participating in the Syrian protests. In other words, he defected –which led to his detention.

“I was 99 percent sure that Tadmor is my grave,” said Khalil. “I had no hopes whatsoever, we were ceaselessly humiliated.”

The former-soldier shakily recalled all the violence he was subjected to and the dire conditions he faced. He lost half of his weight while in Tadmor, eventually forced to bribe the authorities to escape the nightmare of a prison

Syria, according to Khalil, is a “Alawite military establishment” and those in power are only interested in money and have absolutely no love for the motherland.

“We led a revolution to stay,” he said. “Yet here we are, kicked out of our beloved Syria.”

Khalil’s parents died while he was in prison, and his lover lost her life in an attempt to escape Syria on one of the infamous “boats of death.” She vanished, lost at sea in pursuit of safety.

Today, he has one ambition: the fall of the regime.

“Everyone is fighting our revolution, but a revolution with faith and determination never fails,” he told Beirut Today.

Is there hope for Syria?

“Assad’s Syria is the Republic of Fear,” said Abd Rabbo, who believes the fear has finally gone.

“Syrians have broken the wall of fear, they sacrificed their lives and homes, for a better future,” he said. The photojournalist also finds hope in trials like the one taking place in Koblenz, Germany as signs of the end of the era of impunity in a region where it seems to be the norm.

An unbreakable hope for a better tomorrow, for a Syria without the regime’s war machine, and for justice and fair trial can also be found behind the broken smiles of Yazan and Khalil.