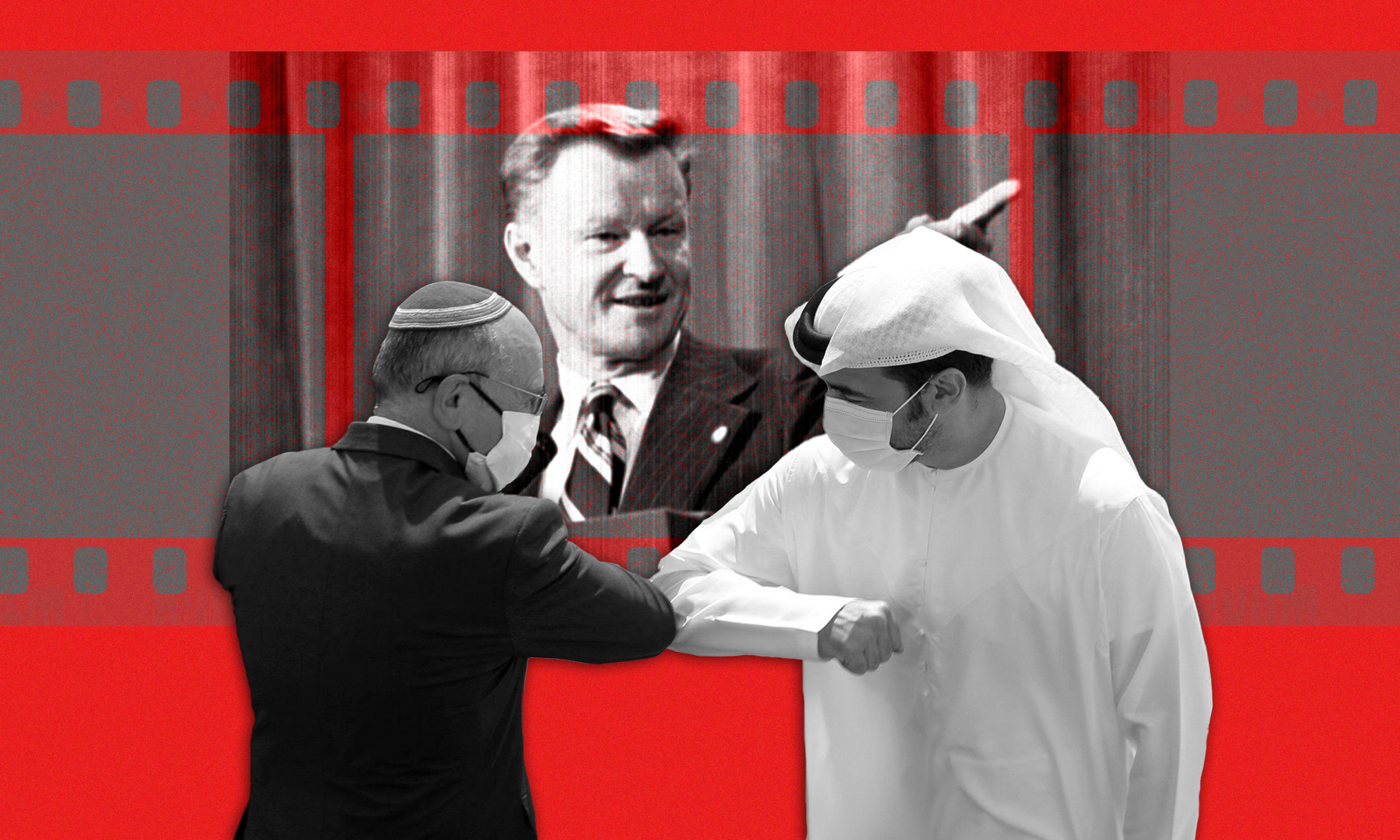 As the National Security Advisor to President Jimmy Carter, Zbigniew Brzezinski played a major role in the tumultuous years of the Iran hostage crisis and the Soviet invasion of Afghanistan in the context of the Cold War during the late 1970s.

Belonging to the realist school of International Relations, the Polish-American diplomat and political strategist stands in the geopolitical tradition of Halford Mackinder, Nicholas J. Spykman and Karl Haushofer by providing continuity between the 19th and 20th centuries.

Author of more than 20 books, he strongly contributed in promoting a classical geopolitical pattern and geostrategic thinking. His analysis and thinking have openly been used in connection with the “Great Game” thesis, describing the struggle for control between British and Russian empires over Central Asia during the 19th and early 20th century.

The nature of the Great Game was clear: It is the struggle for political dominance, control and security.

In correlation to the landmass of Eurasia as the center of global power, Brzezinski sets out to formulate a Eurasian geo-strategy for the United States in his famous book The Grand Chessboard: American Primacy and Its Geostrategic Imperatives (1997).

The Eurasian chessboard for Brzezinski is oddly shaped, extending from Lisbon to Vladivostok where the “New Great Game” for global primacy could be played. It is divided into four regions: Middle space, East, South, and West.

Brzezinski’s well-known analysis explains briefly the American posture vis-a-vis the Eurasian pivot: “If the Middle space can be drawn increasingly into the expanding orbit of the West (where America preponderates), if the Southern region is not subjected to domination by a single player, and if the East is not unified in a manner that prompts the expulsion of America from its offshore bases, America can then be said to prevail.”

The South, as described by Brzezinski, refers to the Middle East and North Africa region, also including a part of India.

The “New Great Game” in the Middle East has accelerated since the half of the last decade. The UAE-Bahrain-Israel normalization deal in August 2020 breaks with decades of consensus within the Arab World.

The signing of the Abraham Accords and the Bahraini declaration of peace with Israel is mainly driven by strong economic and technological wishes to collaborate with innovative countries like the US and Israel.

Both double sided-deals are revolutionary in scope: They normalize ties and focus on business, trade, and travel, making them “warm deals.” They go way beyond the “cold peace” that Egypt and Jordan established with the State of Israel decades ago.

The first economical flight between Tel-Aviv and Abu Dhabi took place in late August, enabling Israel companies’ connectivity in export and import from and to Dubai.

In addition to that, it seems that Gulf countries –and more especially after the COVID-19 pandemic– are seeking to reduce their dependence to non-renewable energy and diversify their economies.

Yet, the deal with the UAE is showing some flaws: Israel opposed the country’s purchase of F-35s but the Trump administration worked on a compromise that allows the US government to sell the fighter jet to Abu Dhabi “without eroding Israel’s qualitative military edge in the region.” US President Joe Biden later froze the sale of the fighter jets to the UAE, one of several now-halted arms sales initiated by his predecessor.

This deal is advantageous for the United States and Israel. It was clearly an attempt by President Trump to portray international success ahead of the US elections, which he lost to Joe Biden. For Israel, this deal is seen as a “win:” For more than 70 years, they were seeking recognition and acceptance from the Arab World.

US President Donald Trump stated that the deal is creating major shifts in the ties of the region, marking a “new Middle East” after “decades of division and conflict.” Washington hoped to include other Arab States. The MENA region has assisted in a paradigm shift since the Arab Peace Initiative of 2002.

In fact, a peace deal between Israel and the Palestinians has long been upheld as a prerequisite to establishing relations with Israel. At a regional level, it is seen by local populations as a betrayal, withdrawal from the Arab Initiative and pan-Arabism despite the fact that Bahrain and the UAE reiterated support for the Palestinian statehood by emphasizing how the deals have stopped Israeli annexation of the West Bank.

Following the normalization, both Bahrain and the UAE substantially cut back on their funding for the United Nations Relief and Works Agency (UNRWA) for Palestine Refugees, with the UAE going from $53 million in 2018 to $1 million in 2020. This February, UAE announced that it does not plan on resuming funding to UNRWA.

“COVID was a revealing time and led us to push the reset button. We believe that we have a moral responsibility but not under the same mechanism,” Minister of State for International Cooperation Reem al-Hashimy told Reuters. “We want to see how international organisations are revising their approach –we are looking for more efficacy, and a wiser way of utilizing funds.”

With the normalization deal, Bahrain and UAE are slowly moving away from the Arab League. Judged powerless to federate the Arab States and not standing up to other regional organizations, we are witnessing the death of the Arab League whose main goal is to affirm the unity of the Arab “nation” and the independence of each of its members.

Through the full normalization of diplomatic ties, Israel and the United States are applying the “divide et impera” (divide and rule) strategy –making it possible to sow discord, weaken, and exert influence on Arab States.

Brzezinski’s analysis would provide a geopolitical base to explain the UAE-Bahrain-Israel normalization deal through a historical lens. This article focuses on the Southern region of the Eurasian chessboard, as defined by Brzezinski.

In his thinking, the South shouldn’t be dominated by a single player. Geopolitically speaking, the normalization deal is reshaping the alliances in the region: It is a stronger Sunni-Israel axis under the American umbrella against the Shia-Iran axis and their Russian ally.

By strengthening the Sunni-Israel axis and extending it to other countries (as was previously promised by President Trump), the United States is seeking to avoid the domination of the South by one player or a single alliance.

In contrario, for Brzezinski, if the South is controlled or forms an alliance with an eastern partner, the US would terribly be weakened on the Eurasian chessboard.

Russia has emerged as a key power broker and military actor in the region by acquiring two strategic locations –the naval facility located in Tartus and an air force base in Latakia. Additionally, China is attempting to emerge as a player in the Middle East region via the renewal of the Silk Road project.

As mentioned in the National Security Strategy published in 2017, “the United States will respond to the growing political, economic, and military competitions we face around the world. China and Russia challenge American power, influence, and interests, attempting to erode American security and prosperity.”

The control of the Middle East provides an opportunity for the American Navy to contain (diplomatically and militarily) an emergence of Chinese, Russian, and Iranian power. In fact, during the last decade, the geopolitical configurations were reshaped by the presence of those three powers in the Middle East, challenging the American posture.

To maintain its influence, the US would have to commit to neo-containment as a specific and calibrated response to the emergence and rise of those three powers in the Middle East. Coastal access via American military naval bases, allows American thalassocracy to be present on the Eurasian perimeter.