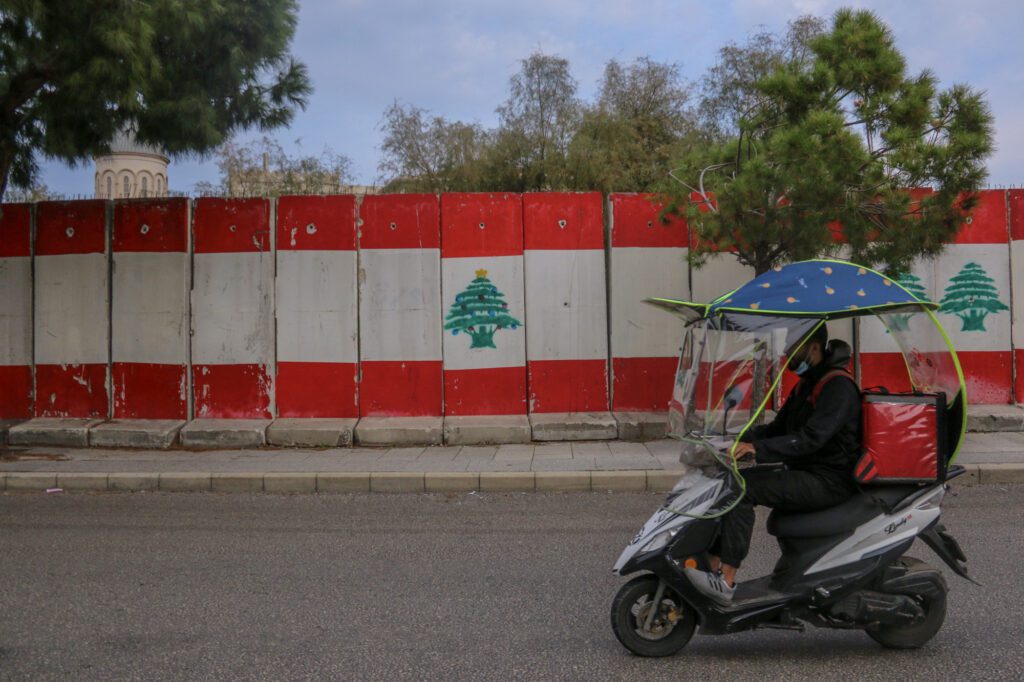 Lebanon entered its fourth general lockdown since COVID-19 first arrived in the country last March, with the nation heading towards difficult times as the number of infections surges each day.

This lockdown differs from the ones that came before it, because it includes many exceptions that set it aside from the first general lockdown imposed in March 2020. In all cases, its effects will not be felt until a week after its implementation.

“The situation is very difficult,” Dr. Assem Araji, the head of the Health Committee in the Lebanese Parliament, told Beirut Today. “The first lockdown which happened between March and April was very effective, but the second and third ones did not bear their fruits and deliver the required results, despite them halting the number of infections to a certain extent. They did not mitigate the problem, but rather postponed it.”

As for the new lockdown, Araji does not expect a dramatic reduction in the number of infections because of the implemented exceptions.

While Araji reiterated his demand for a total lockdown without any exceptions in light of the mass outbreak, he also called for the proper implementation of the current measures taken by authorities to avoid catastrophe. The head of the Health Committee in the Lebanese Parliament was surprised by the lenient execution of measures, especially on the first day of Lebanon’s fourth lockdown.

President Michel Aoun approved of the decision to close down the country between January 7 and February 1, based on the proposal of caretaker Prime Minister Hassan Diab and the ministerial committee on COVID-19.

Lebanon’s most recent lockdown was in November, but measures were greatly eased in December with the reopening of bars and nightclubs –which significantly contributed to the increase in cases during the holiday season.

The former expressed that no other country affected by the deadly pandemic had seen similar measures, nor the “series” of exceptions which almost provide an additional opportunity for the virus to widen its lethal reach. The measures effectively eliminate what possibility large segments of society had in escaping COVID-19.

When the committee called for a review of the exceptions, it called for more strictness in lockdown measures and stressed the need to combine them with financial assistance that meets the needs of poor citizens who would be trapped in their homes without a source of income.

In a comment to Beirut Today, Araji said that the situation in Lebanon is extremely difficult due to the alarming decrease in vacancy of intensive care beds across hospitals. As hospitals reach maximum capacity, those with COVID-19 are now being treated at home.

The head of the Health Committee held the state responsible for the situation we arrived at, but also recognized a problem among citizens who are showing no concern for the lives of others.

Those adhering to the measures imposed to protect them from COVID-19 are ultimately paying the price of other people’s recklessness.

Araji criticized the absence of a culture of awareness among some and the denial of the virus’ existence in the country.

Lebanese authorities fear the collapse of the healthcare system, especially given the large number of positive cases among medical staff and hospitals’ inability to receive new patients.

In recent days, officials and doctors have reported that major hospitals have exceeded their capacity. Meanwhile, the number of positive cases continues to rapidly increase alongside the demand for more intensive care units. Those seeking treatment are forced to wait for long hours in emergency rooms before hospital staff can secure hospital beds for them.

Araji confirmed that the Health Committee delivers recommendations to the respective authorities that implement them, and seeks to protect citizens above all.

“The primary concern of the Parliamentary Health Committee is the wellbeing of the citizens,” he said. “We will not allow anything to compromise their health, and we will always take action.”

All the members of the Health Committee are on high alert, according to Araji, and are seeking ways to mitigate and reduce the number of COVID-19 infections.

Araji also says he called upon hospitals to commit to receiving COVID-19 patients, but was surprised to find that 67 hospitals only have a total of 73 beds for them. Araji pointed out some private hospitals have opened wards for coronavirus patients, while others have not adhered to their work.

He also held hospitals accountable for failing to open a COVID-19 ward despite the state’s request, noting that he was the one who suggested suspending deadlines for hospitals –like dues, exemption from taxes, and fine reductions.

Araji added that it is not acceptable for citizens to die on the streets or in their homes because they are not being admitted to hospitals.

The lack of concern of some citizens pushed security forces to double down on some of the measures taken, as the pandemic poses a threat to all of society and does not distinguish between the poor and the rich or the old and the young.

The head of the ISF’s Public Relations Division, Colonel Joseph Moussallem, clarified that security forces have moved to apply the penal code against violators of lockdown measures. Those who fail to comply with measures, including the “odd-even” traffic law, face up to three months in prison and/or fines that vary between LL100,000 and LL600,000.

Some people, especially those suffering from chronic diseases, are patiently waiting for the coronavirus vaccine to arrive in Lebanon.

The Ministry of Health announced on Sunday that Lebanon will receive the first batch from “Pfizer-BioNTech” in February. The ministry also negotiated with the global COVAX initiative to obtain additional doses that will cover an additional 20 percent of citizens.

The much-awaited vaccines, however, will not cover all citizens –the number of dozes in the first phase will not exceed 500,000, meaning that prevention is still the only hope.

While the government’s first lockdown plan included the suspension of travel to and from the Rafic Hariri International Airport, such measures were excluded during the second, third and current lockdowns. However, authorities now are applying new procedures to be followed by passengers coming to Lebanon.

First, PCR testing at the airport is now mandatory for all arrivals –excluding children under 12 years old.

Second, whoever arrives and does the PCR test is then obliged to self-isolate in a hotel as they wait for their results –which could take up to 48 hours.

In the event that the test result is negative, the person continues to quarantine for five days at their place of residence and carry out another PCR test on the seventh day from the date of their arrival. The PCR examination should be conducted in one of the laboratories certified by the Lebanese Ministry of Health, at the traveller’s own expense.

If the test result is positive, they must then follow further instructions from the Ministry of Health.

Finally, the measures have not changed for those who leave and return to Lebanon within seven days –which means that they conduct a PCR exam at the airport and then leave to quarantine themselves in their homes until the result is issued.

*This article was originally published in Arabic.