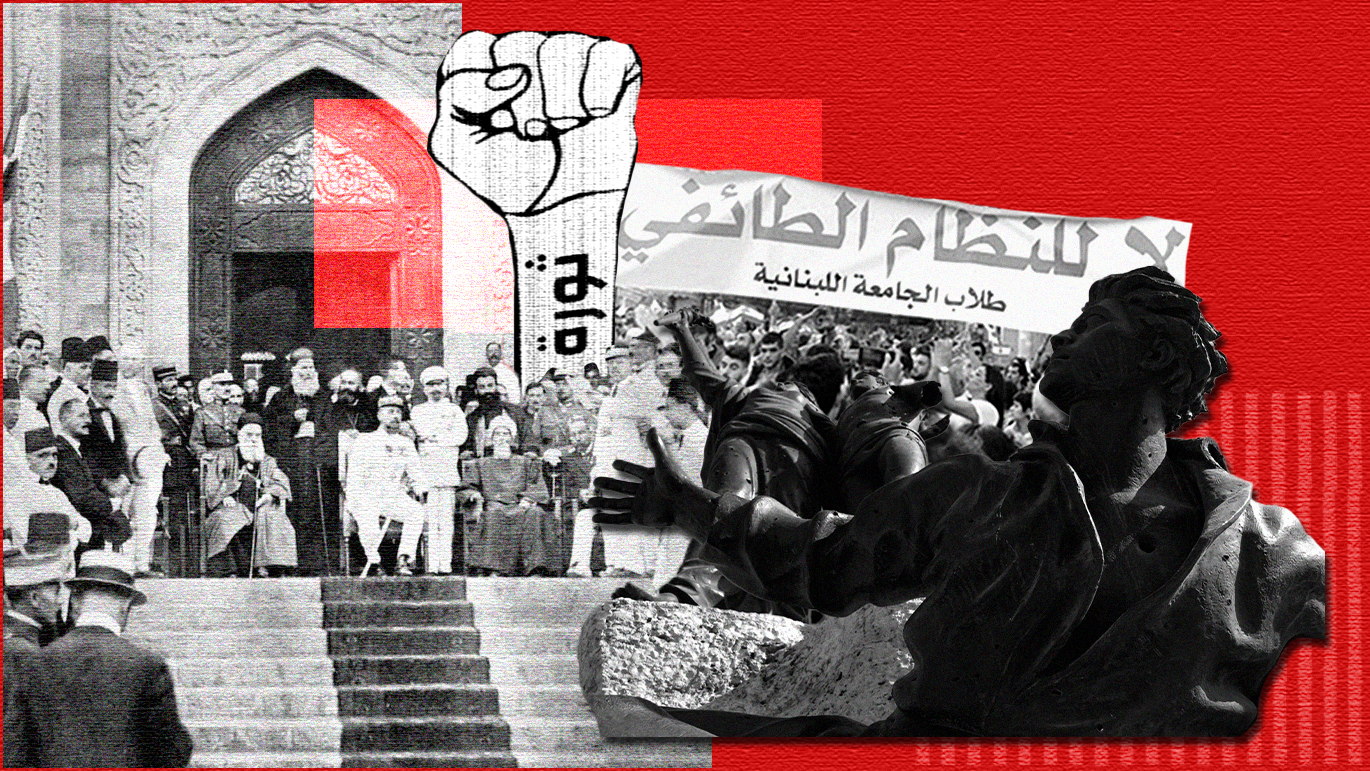 The demise of the Greater Lebanon that never was

Those who saw it fitting celebrated in 2020 the hundredth anniversary of the founding of Greater Lebanon, the hybrid entity constructed by the French with the approval of regional and international powers out of states, mountains, religions and sects that don’t share much in common other than a history of colonialism and the sovereignty of princes, sultans, and sectarian leaders.

Multiple rulers, leaders, capital owners, and thinkers have put in a great effort to build the “Lebanese entity” in the past 100 years. Some were driven by a belief in the uniqueness and importance of the country as a “message of freedom and an example of pluralism for the East and West.” Others were driven by self-interest in strengthening their military, financial, or sectarian power over their followers by pushing for narrow local allegiances at the expense of wider regional or transnational integration.

But after 100 years, what’s left of this “Lebanon”? And was there ever truly a Lebanon for anything to be left over from it?

History books, songs, films, hummus, and knafeh fail to hide a deadly truth: The Lebanese entity we speak of, a democratic republic with enforceable laws, cultural heritage, and a shared identity, never existed outside of the realm of illusions.

The sectarian political system never allowed for the formation of a system that unifies Lebanese passport holders. On the contrary, electoral laws, personal status laws, and sectarian cronyism cemented both the divide among people and their reliance on sectarian leaders.

The economic system did not enable Lebanese citizens to better the lives of their families by creating an environment where opportunities are equal and social disparities are reduced. Quite the opposite, “Lebanon’s free economy” was and still is a lying facade for ruling cartels and a network of private interests. Their dominion over the entire local class widened the socioeconomic gap between Lebanese citizens and shrunk the middle class.

Even the times of growth and prosperity that Lebanon lived through were related to either the influx of money brought in by migrants following the Palestinian Nakba and coups in Arab countries, or petrodollars and reconstruction loans following devastating wars.

A state with a solid official apparatus, effective public policy, and respect for citizens was never actually built –with the exception of a few experiments in the 1950s, 60s, and the beginning of the 90s. Public institutions and their services were concentrated in Greater Beirut and some other major cities, while rural areas were ignored enough for de facto forces to render the government useless and bring about inevitable corruption, tax evasion, and lack of respect for laws.

Even the sectors we pride ourselves on for “Lebanese uniqueness,” such as culture, education, and medicine, have become commodified in a way that excludes middle and low income earners –rather than being sectors where everyone can meet and prosper in, regardless of their beliefs, affiliations, and economic capabilities.

“This is a country, no it’s not a country, this is a bunch of people put together…” as said by Ziad Rahbani in one of his famous songs.

2020 was tainted by the collapse of the Lebanese financial and economic system, the disappearance of what was left of the state’s role in maintaining security and ensuring basic freedoms, overwhelming loyalty to the priorities of regional and international axes, and the return to a divisive and sectarian rhetoric.

Given all that, Greater Lebanon ended before it was actually founded. And we must acknowledge the end of such an entity before we can build another one, a better homeland that is deserved by us, our children, and all those who sacrificed for us to have a better life on this patch of land.

The old Lebanon is dead, long live the new Lebanon.

The new Lebanon is built on what truly makes us Lebanese: A love for each other and for all of life, an openness and respect for others no matter how different they are, and emotional but peaceful responses based on dialogue and communication rather than violence and the fear of others.

The new Lebanon is built by secularists who separate religion from the state and developmentalists who apply social and territorial justice and cherish equal opportunities, building up a sustainable economy that allows us and future generations to live and prosper in this beautiful land.

Read also | France, the United States, and Sectarianism in Lebanon