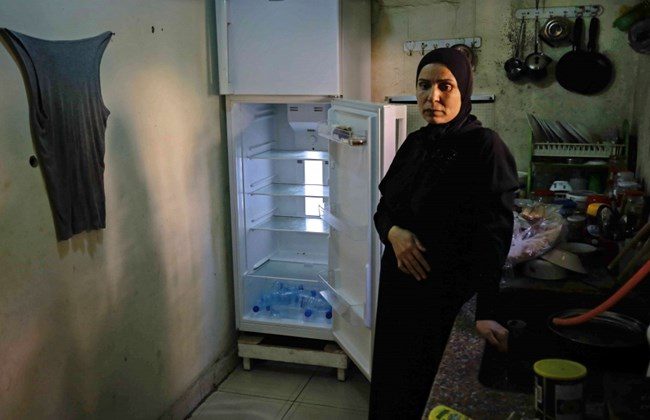 In photos: The prominent milestones of Lebanon’s 2020 economic collapse

While 2020 may not have been the country’s worst year in history, it was an undoubtedly decisive year for the economic collapse that has altered the face and future of the country.

International warnings about the financial repercussions of decades-long governmental corruption and economic recession turned into reality for Lebanon in 2020, a year that’s generally been difficult for the global economy. The decisions made by Lebanese authorities, however, set the pillars of the country’s severe economic crisis.

What are the most prominent economic black marks that Lebanon registered into its history books in 2020?

When 2020 kicked off, the economic crisis had already been out in the open for a few months. Lebanese people began to see the country’s dwindling dollar reserves, accompanied by the gradual loss of value of the Lebanese lira.

Depositors raced to withdraw their dollars from the banks, especially after hearing the news and rumors of big depositors and politicians smuggling their money abroad.

Banks closed their doors for weeks when the October 17 Revolution of 2019 began, marking a major shift in how the banking sector deals with clients and one that was felt with the beginning of 2020.

The year 2020 began with the local currency hitting a record low exchange rate (at the time) of more than LL 2,000 per dollar.

his was also accompanied by unlawful banking practices that restricted how much dollars could be withdrawn by depositors from banks. When the dollar withdrawal cap was set, demand for both the foreign currency and the Lebanese lira spiked –an indicator of depositors’ fear regarding the prospect of losing their savings.

Because banks refused to give depositors their money except according to weekly or monthly limits that have no legal justification, confrontations between the two were on the rise.

Central Bank began allocating dollars at the official exchange rate of LL 1,507 only for the import of basic materials, which are fuel, wheat, and medicine.

In turn, this drove other merchants and importers of non-essential foods and products to purchase dollars from money exchangers.

On the one hand, this naturally translated into a massive increase in the price of food and consumer goods. On the other hand, it led to the emergence of the dollar black market.

2020 was also the year of queues in Lebanon. Lebanese citizens and residents piled in front of gas stations, pharmacies, exchange offices, and bakeries. The most humiliating and harshest sight of all, however, was that of citizens queuing in front of bank doors to beg for access to their own money and savings.

The Lebanese lira collapsed in the past year, hitting a record low of LL 10,000 per dollar for the first time in the country’s history.

In another first for Lebanon’s banking and financial record, three different prices emerged for the exchange of dollars: The official exchange rate used by Central Bank since 1998 (LL 1,507.5), the rate updated by Central Bank in the same year to designate the price of buying and selling dollars in exchange offices and bank transactions for dollar accounts (currently LL 3,900), and the black market rate that fluctuates as per demand and supply (currently around LL 8,300).

The dollar now has multiple values in Lebanon. First there’s the value of dollars in hard cash, which is defined by the black market. There’s also the lollar, or the baking rate. In the same way, and never seen before, Lebanon now has two values for its local currency. The Lebanese lira in cash has more value than the bira, or the banking lira.

In this cursed year, Central Bank decided to limit the cash withdrawals that depositors can make from their dollar accounts –only allowing them to withdraw in Lebanese liras. Dollar withdrawals stopped entirely, except for those with “fresh money” accounts.

Even worse, those who can withdraw liras from their dollar accounts are going through the process at the banking rate rather than the black market rate. They’re withdrawing at LL 3,900 per dollar rather than LL 8,300, which means they’re losing more than 50 percent of the value of the money they’re withdrawing.

On August 4, Lebanese citizens received the harshest slap in the face of the entire year as a result of the Beirut port explosion that caused the death of more than 200 people, injured 6,000, and caused massive economic damage that’s estimated to be worth 6.7 – 8.1 billion dollars.

In 2020, inflation hit record numbers and the price of goods soared. Food goods, for example, saw a 423 percent increase in price from the previous year.

Negative figures tainted 2020, which will go down as a black mark in Lebanon’s history. The country’s gross domestic product (GDP) dropped from 56 billion dollars in both 2018 and 2019 to around 18 billion in 2020, a dangerous slope to be on. Lebanon ranked last among Arab countries in terms of GDP according to the recently-released Spectator Index.

Preliminary estimates also suggest that unemployment in Lebanon increased to around one million adults in 2020.

Another figure, equally dark as the others, from the United Nations Economic and Social Commission for West Asia indicates that poverty increased from 28 percent of the population in 2019 to 55 percent in 2020. ESCWA also suggests that Lebanon witnessed a threefold increase in those who live in extreme poverty –from 8 percent to 23 percent in 2020.

The most scandalous number on a monetary level comes from the Lebanese Institute for Market Studies, which estimated Central Bank’s losses to stand at around 40 billion dollars. 20 billion of those losses occurred between 2018 and 2020.