Beirut Today
Home Politics 2020: The year of violations against journalists in Lebanon 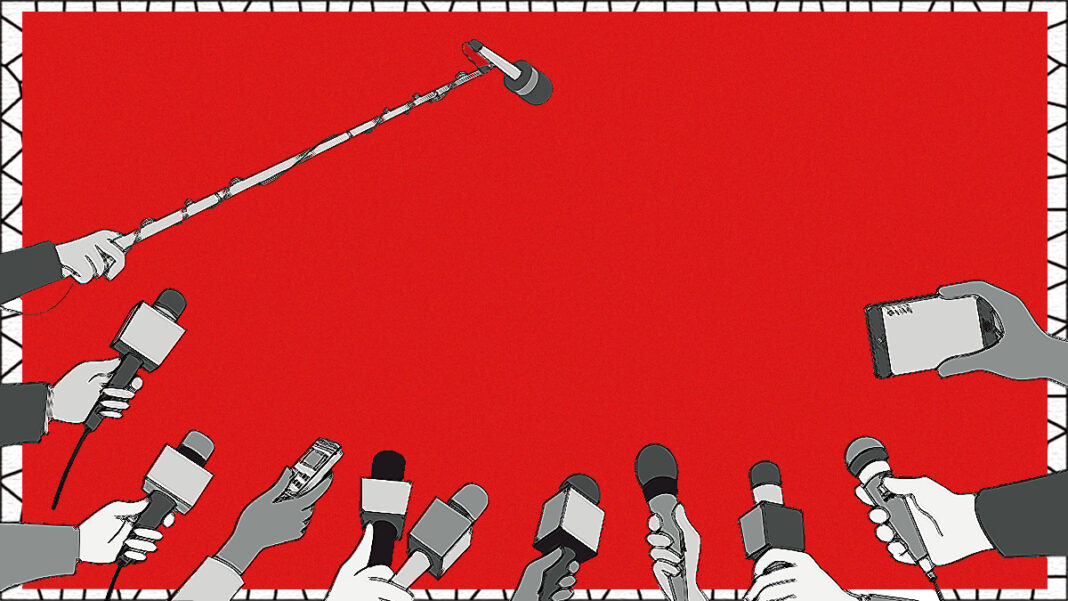 The year 2020 was harsh on Lebanon, economically, politically and health-wise. The country was –and still is–  suffering from several crises, including violations against the freedom of expression.

Quelling freedom, which is the reason Lebanon exists in the first place, is no less dangerous than bankruptcy or the economic collapse. According to the Human Freedom Index released by the Cato Institute and the Fraser Institute, Lebanon ranked 97th worldwide for the year 2020.

The repressive methods utilized by Lebanese authorities particularly came to light when the October 17 revolution began in 2019. The ruling class shunned its responsibilities in protecting freedom of speech, preserving the safety of journalists and holding their aggressors accountable.

Since then, the percentage of cases of aggression against journalists has increased by 2566 percent in comparison to the previous year.

The Era of Aggression

The Head of Communications for the Samir Kassir Foundation, Jad Chahrour, confirmed in an interview with Beirut Today that the ruling class in Lebanon has been oppressing the Lebanese public since 2016. The cases of aggression against activists and journalists reaffirms this point, with the country witnessing less suppression of freedoms under the Syrian regime according to Chahrour.

“We only began to witness the use of rubber bullets by members of the Internal Security Forces (ISF) against journalists after October 17,” said Chahrour. “The violations have become more violent.”

Chahrour, who referred to documentation and shocking statistics regarding the violations committed against journalists, believes that this political era has paved the way to the downfall of the concept of democracy in Lebanon. Instead, it has brought forth a police state.

SKEYES is documenting the violations experienced by members of the press and fighting for their freedom of expression.

Chahrour revealed that 18 journalists and activists were arrested between December 2019 and September 2020, compared to only nine during the same period last year –an alarming increase of more than 100 percent.

Beirut Today has gained access to the draft annual report released by SKEYES, which documented 179 cases of violation against media workers in 2020. They are distributed as follows:

These numbers, says Chahrour, indicate that the current regime has actively suppressed freedom since the year 2016 as the country continues to battle for human rights. While Lebanon ranked 98 on the Human Freedom Index in 2016, Chahrour predicts that it will rank 103 in the year 2021.

In light of the ongoing violations against the press and the absence of the Syndicate of Journalists to defend journalists and their rights, local initiatives have stepped up to wage the fight against governmental bodies.

Among these many initiatives is Journalists for Freedom which is concerned about the increasing pressure and summonses that journalists are subjected to, according to journalist Assad Bechara.

In an interview with Beirut Today, Bechara also clarified that the increased number of violations is worrying considering that Lebanon “stands for freedom of expression.”

Journalists for Freedom was launched after a large group of Lebanese and Arab journalists came together to fight for journalistic and human freedom.

According to Bechara, the initiative has advocated for the rights of journalists at times when they have been subject to danger.

“This initiative, since its launch, has firmly opposed all violations against members of the press through public statements, or through solidarity protests in order to stand by any fellow journalist who has had their freedom violated, especially in the face of the law,” said Bechara.

He also mentioned that “the only reference for suing journalists is the Court of Publications,” stressing that the initiative refuses to represent journalists before any other authority because they are protected by the rule of law.

The Court of Publications

The Court of Publications is considered to be the only legal body responsible for any issues pertaining to journalists, and reporters. In severe cases, the court is allowed to issue verdicts ordering the journalist or publication to immediately halt all operations.

Recently, activists have rejected appearing in front of the Military Court or the Office for Combating Informational Crimes run by the ISF, or any other legal body that has to come to summon them over the past few months, as they often Tweet about it or post on Facebook.

The Lebanese constitution preserves the right for freedom of expression within the “boundaries of the law,” as stated in the 1972-passed Article 19.

According to Human Rights Watch, criminal laws constitute an important tool used by the ruling class to silence criticism in the country, warranting a prison sentence of up to 3 years simply for criticising the army, president, or judiciary figures.

Despite the fact that these laws date back to the early 20th century, under Ottoman and French colonial rule, Human Rights Watch has presented evidence of its opulent usage in recent years, as the ruling class targets the freedom of expression over the internet.

As per a report by Reporters sans Frontieres, Lebanon ranked 102 out of 180 in the worldwide index for the freedom of the press for the year 2020.

Under the title of “Politicised Media Targeting Freedom of Expression,” the French organisation stated that the Lebanese media has a real right to freedom of expression, except it remains highly politicised and biased. All publications, TV and radio stations are considered to be advertising tools for political parties and businessmen.

According to a blog post on their website, the organisation noted that the revolution of October 2019 has opened the way for people to criticise important political figures.

On the other hand, reporters for politically-affiliated news stations are often subject to mistreatment by the protestors who doubt their credibility and are termed traitors by members of their respective political parties.

Bloggers and online journalists are not exempt from this, since any of their online posts may be used to call them in for interrogation by the Office for Combating Informational Crimes.