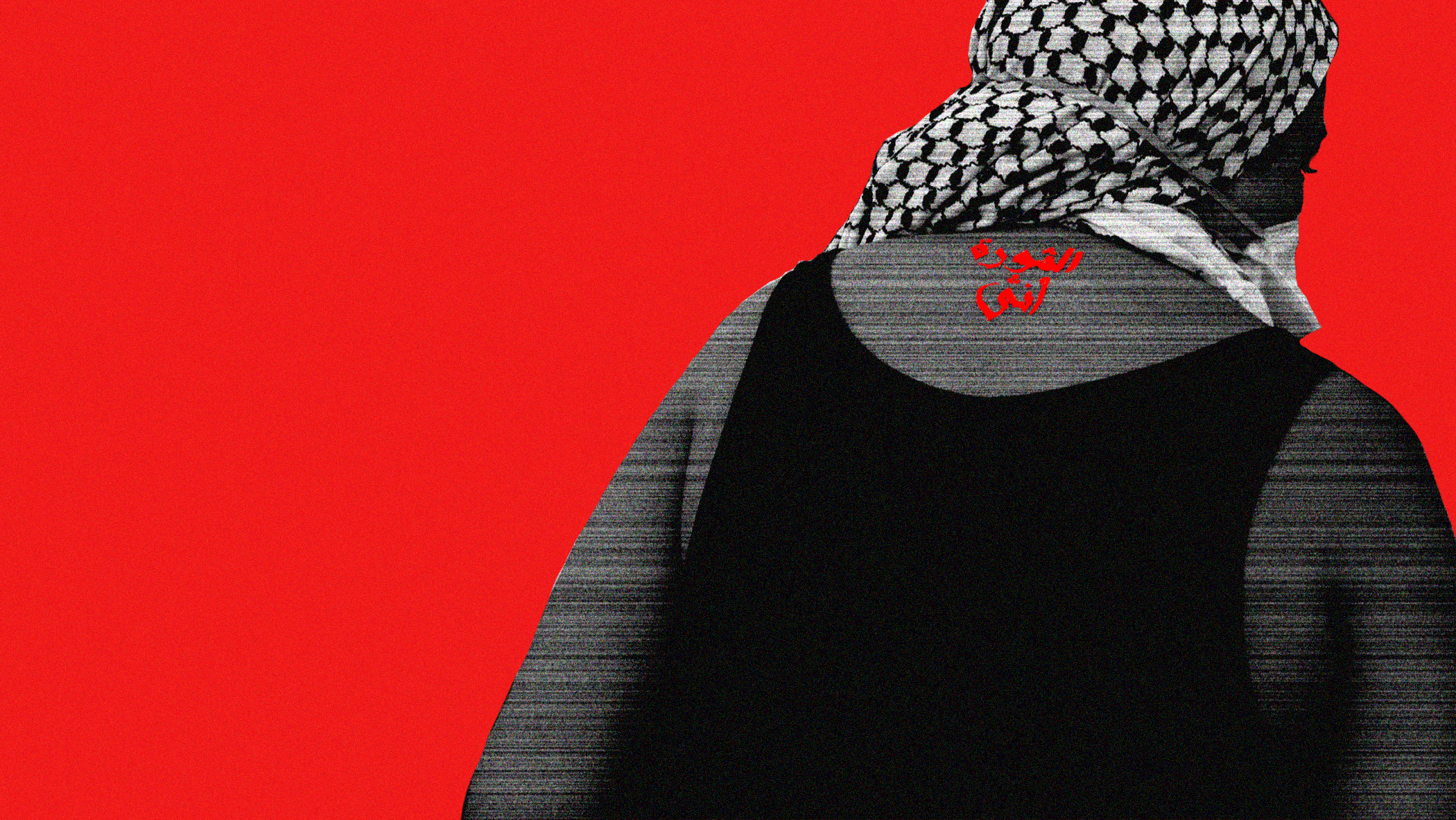 I am not just Lebanese, I am a Lebanese woman

I am proud to be a Lebanese woman, but Lebanon is not proud I am a woman. That was my first thought when I finished writing this article.

The way women are treated and the country’s patriarchal legal structure show a biased system unfair to all women in Lebanon, which gave rise to many feminists such as myself who are willing to expose the status quo and advocate for equality.

Feminism in Lebanon went through many stages called “waves,” starting from the early 20th century with the first wave and progressing to date with the fourth wave.

Fourth wave feminists believe in intersectionality and advocate for the rights of all marginalized people. They advocate for women’s, LGBTQ communities and domestic workers’ rights equally. In the meantime, we still have many people still unaware of the inequalities women face every day.

What’s even more unfortunate is that some people are aware of it, but simply don’t care or don’t find it relevant to their lives since they have yet to experience the cruel fate of being victim of discrimination.

There are also people who may have been victims of such horrors but don’t speak up in fear of rejection, marginalization or even death.

Gender bias in Lebanese culture takes on many faces, and shedding light on such inequalities can contribute to the establishment of a better system.

Education in Lebanon: What girls and boys learn, and what’s left out

I do not remember learning about women’s rights in school.

“Lebanese history and civics subjects don’t mention anything about women’s role in the development of Lebanon,” said a friend who teaches history, confirming my suspicion. “It doesn’t talk about personal status laws (where women are mostly underprivileged ) and surely not about religious laws that discriminate.”

She goes on to say that there are many texts and writings by female Lebanese authors that students read and study, but this is not enough to raise a society that can truly make a change.

We turn 18 with a major gap in knowledge, having learned about all the achievements of great men and unaware of what women have created. We are adults unaware of how we can and should protect ourselves from Lebanon’s unfair laws and from the society we were brought up into.

Not to mention, many women may have already been subjected to violence, discrimination or gender bias by that age and are too afraid to speak up.

“I see a lot of female students less confident and assertive than men and this doesn’t actually reflect their aptitudes or knowledge skills,” said Grace Aaraj, an architect, entrepreneur and university educator. She did note that she had noticed this teaching in both Lebanon and in the US, making it an international trend.

Work and the economy: On the pay gap and more

If you dig into worldwide reports that address gender bias, you will find the situation in Lebanon is even worse than we could have imagined.

As per the 2020 World Economic Forum report, Lebanon ranked 145 out of 153 when it comes to the global gender gap index. The index measures gender gap in 4 areas: education, health, economic involvement, and political involvement.

Even though a lot of work has been done to decrease the gap in education and health, there is still so much to be done in terms of economic involvement and political participation.

Not only does the lack of women participation in the economy hinder the country’s growth, but it also prevents women from being self-sufficient and renders them more prone to violence, domestic abuse, and unable to leave their partners.

Meanwhile, the portion of women who are independent and have been active in the workforce for a while still face a lot of challenges based on their gender.

While some of them may not feel the pay gap early on in their career, there are a lot of other issues that hinder their advancement and make their lives more stressful.

“I don’t see the pay gap yet but I can expect unfair promotions in comparison to men colleagues. The idea of having to deal with this in the long term demotivates me,” a fellow engineer shared with me. “I hear a lot of stereotypical comments on women versus men, and it’s something very normal for managers mainly. This puts me in a state where I constantly have to prove myself and it drains me emotionally.”

For many working women, going to work every day is a challenge. It’s not just about the pay gap but also about the extra effort they have to put in to fight stereotypical comments and microaggressions.

They are constantly conflicted between speaking up and being judged or dismissed as too needy, hormonal or hostile; or keeping quiet and enduring the hostility.

Politics: Participation in decision-making, or the lack thereof

The lack of female participation in politics prevents any real change in policies. The government and parliament are controlled by men, leaving no space for innovation and life improvements that women can bring.

This is mostly translated in the quality of laws we have that provide no protection for women against violence and gives them no right to pass on their citizenship to their kids.

In fact, a law passed in April 2014 to protect women from violence comes short in the subject of marital rape. The provision regarding that issue, proposed by KAFA, the NGO combating women violence in Lebanon, was removed under the pressure of Christian and Muslim religious authorities. Apparently, some religious figures believe God supports men raping their wives.

All of this also translates in the international treaties Lebanon ratified. For example, when Lebanon ratified the CEDAW agreement, they excluded many articles they did not deem important. CEDAW is the Convention on the Elimination of All Forms of Discrimination against women adopted in 1979 after the World Conference of the International Women’s Year held in Mexico City in 1975 and ratified by Lebanon in 1997.

Lebanon excluded articles 9(2), 16(1) (c) (d) (f) and (g) (regarding the right to choose a family name). You can find those articles by reading the CEDAW agreement.

By excluding the above, my country proved to me that being Lebanese holds no value whatsoever when you’re a Lebanese woman. Excluding Article 9 (2) is probably one of the most disrespectful acts to every Lebanese woman, especially to those of us living abroad or married to foreigners. The government excluded this article because there is a law dating back to 1925 that gives the right to Lebanese fathers to give the nationality to their kids but does not allow the same for Lebanese mothers.

As the child of a Lebanese mother you can get a document called “courtesy residence” but that does not make you a citizen.

You could be born in Lebanon and have lived all your life in that country but still be discriminated against. Even though a law was issued in 2019 to give the right to these people to work without a work permit, they still face many obstacles.

In a campaign organized by Lebanese women’s right to nationality and full citizenship, actress and director Patricia Nammour shares her experience as a mother. She is married to a foreigner and her daughter born in Lebanon cannot have the Lebanese citizenship.

She goes on to talk about how that limits her daughter’s chances to study at the Lebanese University or to enter syndicates, making some career choices impossible for her to pick in Lebanon.

You can imagine the number of people affected by this. There are no official studies showing the exact numbers but a 2009 study from the UNDP shows 18,000 women married foreigners between 1995 and 2008. The numbers are still increasing today, 12 years later.

Also, if we look at the rest of the excluded subsections of article 16 of the CEDAW agreement, we notice that women are not treated equally when it comes to divorce, parental rights, guardianship or the right to choose their family name. All these decisions are controlled by the religion they are born to and are a reflection of the lack of female political representation. The worst and most scandalous evidence to that came this year.

On July 9, in the middle of the economic crisis, seven men chosen by the government met up to decide the essential goods that will be subsidized. They chose over 300 basic items but did not include sanitary pads for women. They did however, include men’s razors.

Since there were no women present at that meeting, the fate of how a woman got to spend those 5 days of every month was in the hand of men who have never had to experience menstruation.

I can go on giving examples and statistics on what it’s like being a Lebanese woman living in this country but I hope the data and examples I shared have shed the light on some of the important issues.

I am enraged that I didn’t know better until I decided to dig deeper. I never thought of women not affording pads, or unable to give their children a nationality.

I never thought of women whose husbands have raped them without any accountability.

I am a 29-year-old Lebanese woman who has been subjected to harassment and who has experienced misogyny from bosses who thought I would never become a “leader” since I am a woman, but I never understood how deep misogyny had set its roots in my country.

I never called myself a feminist till now. I never understood why I needed to be one because I was never educated on what was really happening. I was hiding away in my cocoon, protected. School, college and society forgot to mention how underprivileged Lebanese women are.

Now that I know, I cannot unlearn what I have learned. I cannot not advocate and hope for a better education that raises men and women as feminists in a country that deeply needs love, acceptance and new policies.

I cannot but hope that one day my country will love me as much as I love it.