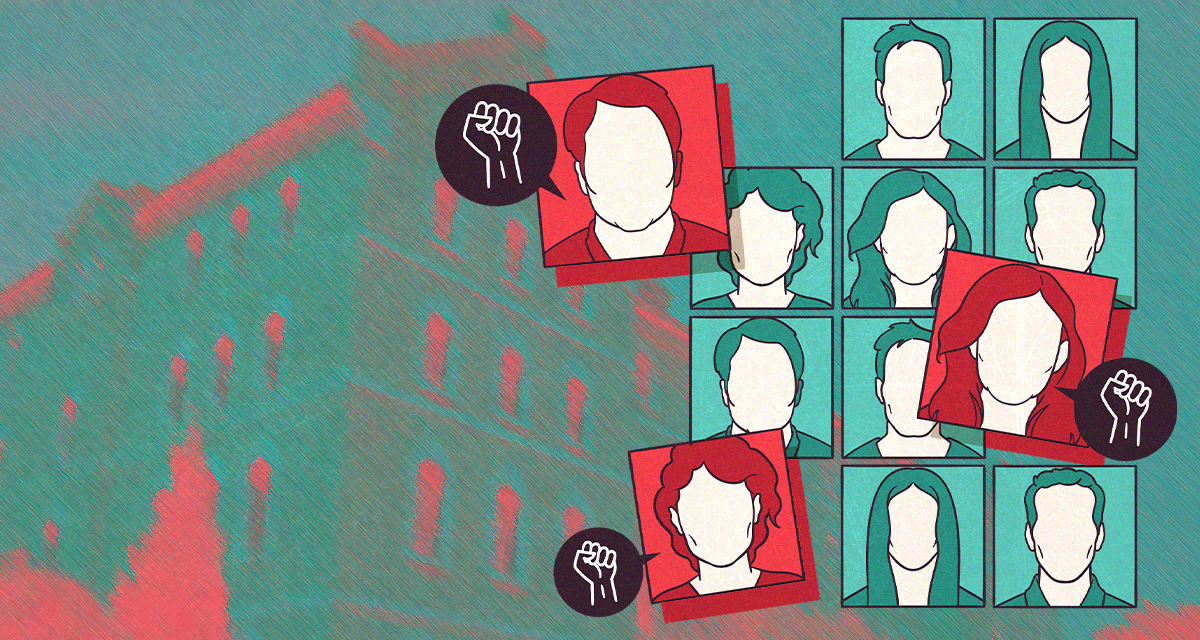 Secular Club: The largest student campaign in the history of AUB elections

In an unprecedented feat for student elections at the American University of Beirut, the AUB Secular Club announced on November 4 that their independent list Campus Choice will include 94 candidates running in all faculties.

The elections are set to take place virtually on November 13. With students informed less than a month beforehand, electoral campaigns had to be prepared on short notice.

The feat comes with no surprise in a country that’s facing unusually difficult circumstances, with a population and youth that increasingly despise the status-quo they’ve inherited and whose negative consequences they keep enduring.

Anti-sectarian sentiment has been at an all-time high since the beginning of the October 17 Revolution, and the battle for hegemony has taken another shape since then. One of the most important fields where ruling parties and oppositional groups face off to gain credibility and support is university campuses, whether it’s online or on the actual campus.

Everyday citizens have started to criticize and question authority in bolder, more direct ways following the start of the October 17 Revolution. For university students, this translated into sharp opposition against their own systems –namely the administration and the apparatuses that dominate their institutions.

The rise of non-sectarian, independent campaigns has taken a toll on university clubs affiliated to classical Lebanese political parties, with many opting out of elections across different universities. In AUB, most sectarian-affiliated clubs decided to boycott the elections –citing the “undemocratic process” of e-elections and the current “delicate circumstances” in the country as some of their reasons.

Once considered secondary, issues related to anti-sectarianism became the spearheads of the October 17 movement. The AUB Secular Club’s intersectional values fit well with that change.

Over the past year, the number of independent movements grew dramatically. Despite that, Secular Club has long stood on the forefront of revolutionary action. Founded in 2008, the club has been home to students who have constantly pushed against the sectarian division of political power in Lebanon.

The Secular Club has also fought against a range of other social, economic, and political issues and prevailing cultures. From environmental campaigns and anti-racism marches to sit-ins against the high cost of university tuition fees and campaigns against sexist and discriminatory laws, the club has been advocating for the rights of marginalized groups since it first launched.

Once considered secondary to anti-sectarianism, such issues became the spearheads of the October 17 movement. The AUB Secular Club’s intersectional values fit well with that change.

Secular students in 2020: Hope in change

For their 2020 electoral campaign, the AUB Secular Club sought to tackle essential issues faced by students enrolled at the American University of Beirut during Lebanon’s exceptionally difficult year.

Their main platform addresses the dollarization of the tuition fees, the absence of an independent student council and the inaccessibility of previous exams and assignments to students.

It also calls for the university to guarantee autonomy for clubs and societies to organize activities, events and protests in all forms and to ensure a freer and safer campus for women and marginalized groups, in addition to many other reforms.

After a series of catastrophes that rendered many Lebanese residents hopeless about changing the country’s political situation, student movements come to prove that change is possible.

The Saint Joseph University Secular Club recently organized a pressure campaign to push their administration to hold student elections. USJ is now set to have 2020 student elections at the end of November.

“Following the campaign launched by the USJ Secular Club over the fate of the student body elections, the administration responded positively by setting a date,” mentions the USJ Secular Club in a recent post. “Students proved once again that they are the basis and the pulse of change. Free students can, if united, achieve wonders.”

Lebanon’s economic crisis has greatly affected lower- and middle-class families and is making it harder for the current generation to access their right to education. Ensuring that students’ rights stay protected is imperative if we were to move towards a more democratic and meritocratic society.

November 13 will not only be an important date for AUB students, but it will also be an important indicator of the overall discourse in Lebanon, how it has shifted throughout the years, and where it is headed.