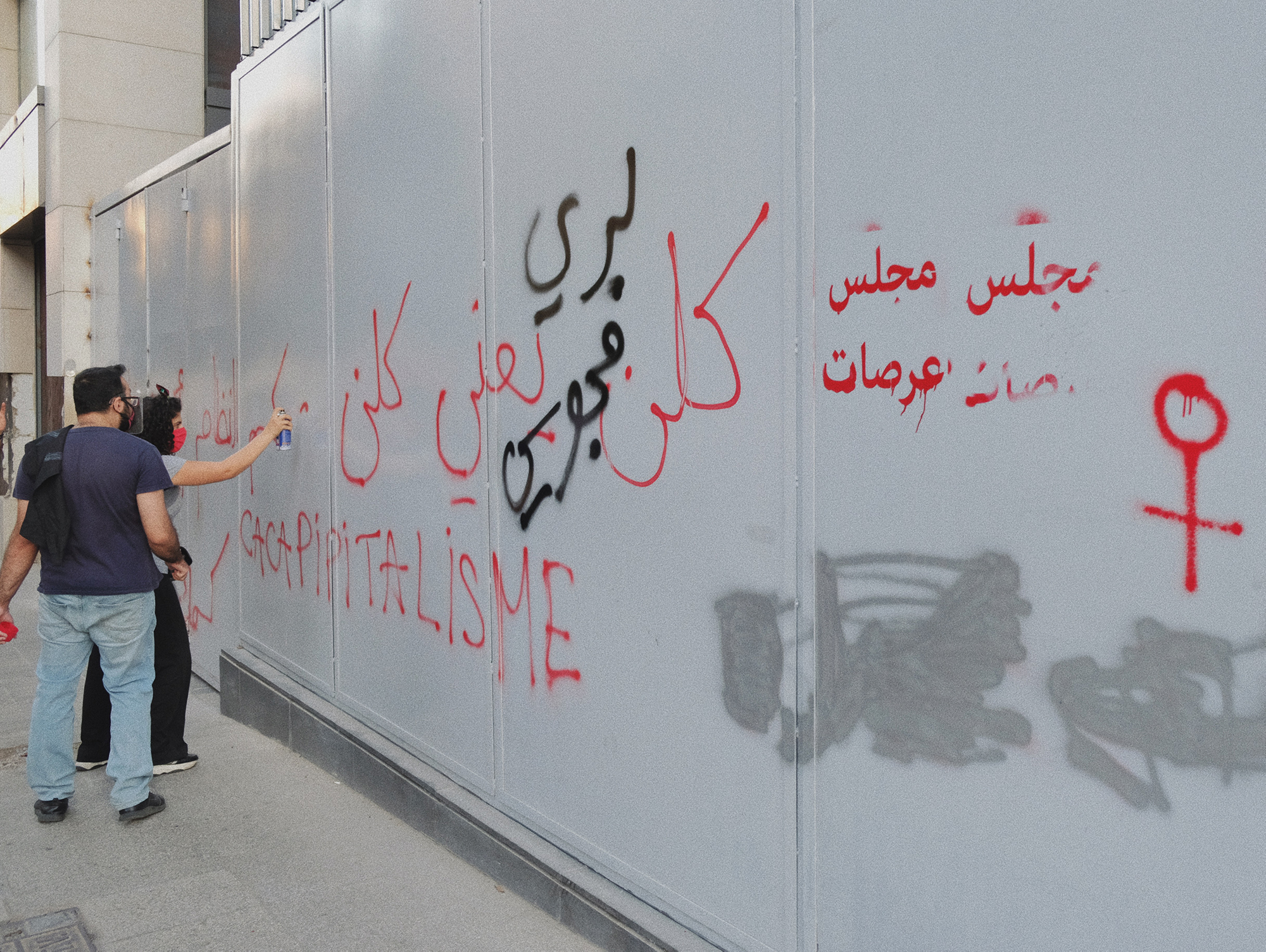 Flame of the revolution: An anniversary photo essay

Hundreds of protesters in Beirut took to the streets on October 17 to commemorate the one-year anniversary of the Lebanese uprising.

A year ago, the announcement of a WhatsApp call tax served as the tipping point that led people to flood the streets of Lebanon for months to come. Frustrated with the incompetence and corruption of successive Lebanese governments, protesters called for the end of Lebanon’s sectarian political system.

Since then, not much has changed structurally. The ruling oligarchy remains in place, and the situation in Lebanon seems to be getting worse day by day.

Many took to social media to condemn the calls for protest on Saturday, claiming that people had nothing to celebrate and that a revival of the revolution is uncalled for. However, many still chose to participate.

Some, like 23-year-old university student Ahmad, were there to march one last time –as if to say goodbye to the era of October 17.

“I wouldn’t say October 17 failed or succeeded, rather I look at it as something that was necessary, a needed step towards building better movements that will achieve our goals,” said Ahmad.

The worsening economic crisis, coupled with the pandemic and the explosion greatly contributed to the end of the movement, as did the lack of organization and inability to move beyond the protesting phase. Priorities shifted, but the revolution’s way of dealing with them did not.

“The movement had its moment, but it needed to end. Another ‘October 17’ will happen in the future, probably on another spontaneous date. We will be more organised and prepared for when that day comes,” said Ahmad.

The October 17 Revolution was distinct in its decentralisation, extending across multiple Lebanese cities. In the early days of the uprising, people gathered in squares and engaged in discussions, signifying their willingness to become politically engaged and aware.

The movement played an important part in changing the collective consciousness of Lebanese people, with an obvious shift observed in the way people dealt with politics, the ruling class and each other.

For others, celebrating the uprising anniversary was a chance for them to reflect on the efforts of the Lebanese people and their commitment to bettering their country.

“I don’t see why I shouldn’t be on the streets today celebrating October 17,” said another protestor, who chose to remain anonymous.

“Although we may have not achieved what we wanted, I still feel proud to have been part of the revolution and what it stood for. I believe that warrants a commemoration.”

People gathered in Martyrs Square on Saturday and marched towards the Central Bank, where they had previously chanted against the policies that contributed to the worst financial crisis experienced by Lebanon since the civil war. They then headed towards Parliament and continued to the Beirut port.

A moment of silence was held for the victims of the August 4 explosion, which left 300,000 homeless, destroyed large swathes of the city, and killed over 200. A candle vigil at 6:07 pm, the exact time the ammonium nitrate exploded at the Beirut port, followed.

Near the port, activists set up and lit a metallic torch structure to commemorate the anniversary of the uprising and symbolize the “flame of the revolution.”

A year on, the future of Lebanon and its people requires us to reflect on the uprising and learning from this critical experience. October 17, and the movements that preceded it, set the foundation, it is now up to us to prepare and organize for future collective action in Lebanon that will yield fundamental change.