Beirut Today
Home Politics Can Lebanon stray away from its stagnating nepotism? 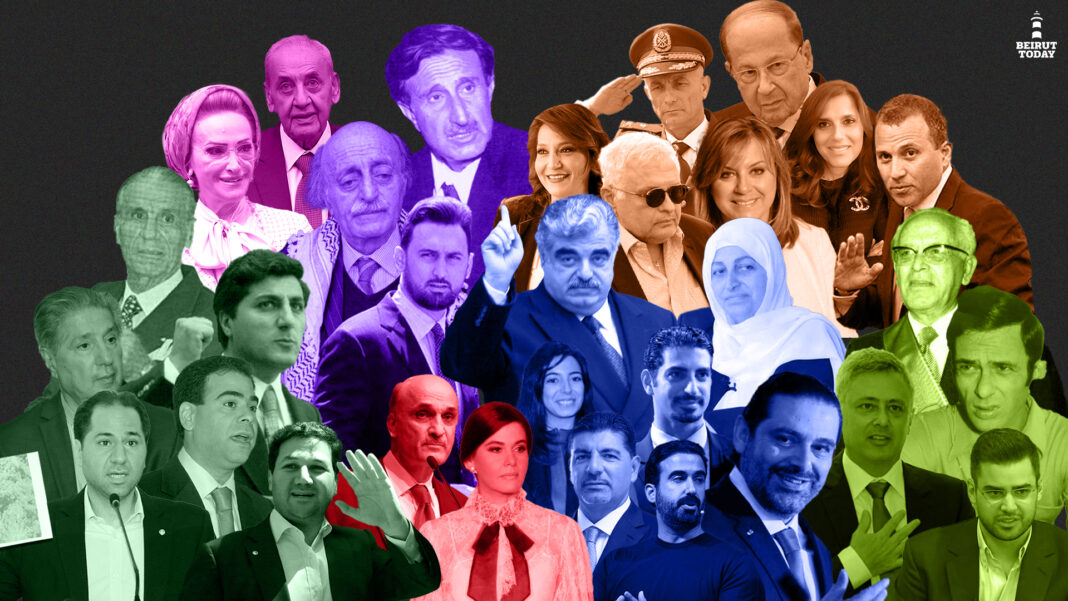 “My father is stronger than yours,” yelled out MP Nadim Gemayel during an argument at a Parliament session held in July 2019.

Amusing to some, lamentable to others, this phrase nonetheless poignantly illustrates the deeply entrenched nepotism and the concept of family politics, prevalent in Lebanon since its very inception.

Arguing that Lebanese politics doesn’t revolve around a system of perpetual nepotism is a hard task, given the political scene that has hardly changed since 1943. Political power, whether inside the main political parties or within independently-led politicians, is predominantly passed on from father to son, uncle to nephew, brother to brother or even husband to wife.

At the center stage of the 17 October revolution, nepotism was one of the main public discourses: Some argue that the practice has become so deeply rooted within our customs that they may have become indestructible. But does this justify a certain leniency towards the practice? The revolutionaries argued against this line of thinking, and the social upheaval isn’t willing to make peace with it.

To understand this sensitive topic, one must go back to the history of the practice. The etymology of the word nepotism is found in the Latin root nepotem, “nephew”, referencing the practice of popes appointing relatives –most often nephews–  as cardinals or other high positions within the Catholic Church.

An antonym to meritocracy, it is used nowadays to describe the practice of hiring family members to fill high stake-positions. In politics specifically, this translates to the use of power in the public sector to favour relatives or friends for jobs and protect private interests at the expense of the state.In Lebanon, simply skimming through the family names of MPS and ministers would give a solid idea about their never-ending recurrence in our history.. Frangieh, Gemayel, Jumblatt, Aoun, Fatfat, Karami, Mouawad… all of whom have inherited their seat in Parliament from the work of fathers, grandfathers and uncles who have forged their influence through clientelism, the embezzlement of public funds and other morally-reprimandable practices.

In figures, for the 2018 elections, 31 seats were being contested by a child of the MP already representing that constituency.

The fight against nepotism took center stage when the October 17 revolution began almost a year ago. Despite that, the complete disregard of the people’s demands and flagrant disconnect of the political class continue to disrupt any chance for change as the country goes through its worst socio-economic crisis since the civil war.

One major scandal rocked social media earlier this year when the wife of the current PM Nawar Al Mawlawi was appointed as Vice President of the National Commission for Lebanese Women (NCLW) by her husband. NCLW is currently headed by Claudine Aoun Roukoz –the daughter of President Michel Aoun–  who previously had none other than Randa Berri –the wife of Parliament Speaker Nabih Berri– as the NCLW vice president.

You wouldn’t have to look any further than the leaders of Lebanon’s political parties to understand. Amine Gemayel and Walid Jumblatt were succeeded by their respective sons, Samy and Taimour, as the heads of the Phalange and Progressive Socialist parties. Similarly, Gebran Bassil, the president’s son in law, inherited the FPM’s presidency (as Aoun has no sons) and Saad Hariri unarguably inherited the PM’s position three times and heads the Future movement after his father’s death.

The key to understanding nepotistic discourse lies in the parallels it shares with the feudal system, where different families would own a part of the land and rule through the generations.

While the practice ended officially, long-established customs and mentalities still circle around it: The “lord” has become the party leader, the peasants who used to live in the land in exchange for unquestionable loyalty have become constituents, and favors are exchanged for electoral loyalty.

Thus, the assembly has been occupied by a web of families that have proven their lack of effective governance by thwarting government reforms.

A staff member of the young Tony Frangieh’s office told Arab News: “The son is not leaving the political track of his father, he will be reinforcing it and expanding its efficiency.”

The stagnancy in political thinking, which can be seen through the reiteration of the same positions and values for generations on end, consequently gridlocks the public sector with nepotism and patronage to the highest extent.

Is Lebanon ready to throw away this ancient custom, as the French revolutionaries of 1789 did, and aim towards a system of equality in the state? The “thawra” could be a start to the cleansing of the institutions plagued by nepotism, but there’s a long way to go considering the deeply-rooted mentalities that sacralize the “sons of.”

Nadim Gemayel can still proudly shout that his father is stronger than Salim Aoun’s as a legitimate, coherent and vigorous political argument to be said in a Parliamentary session, but will the next generation stand for it?