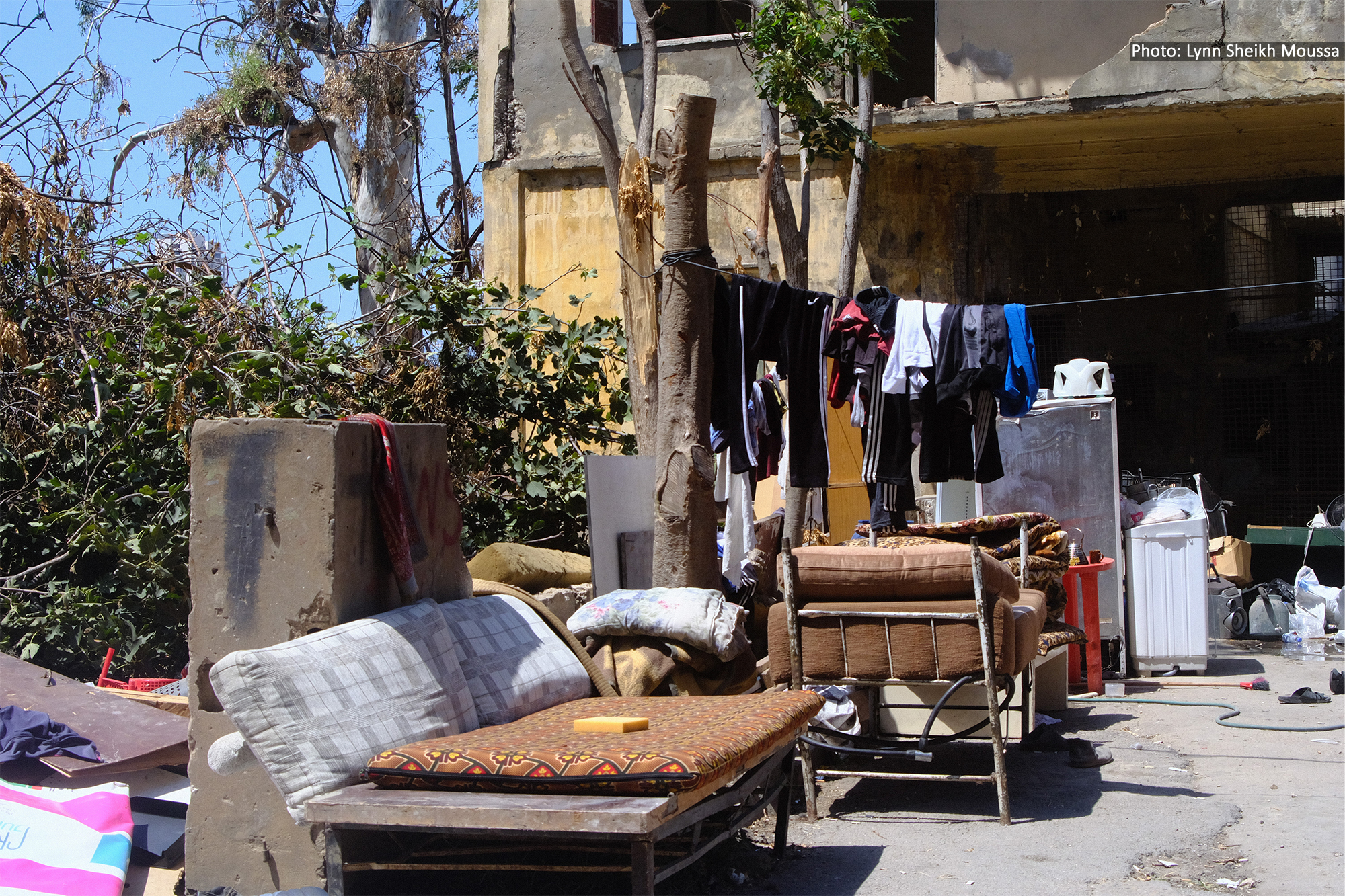 After being unsafely stored in a warehouse for six years, 2750 tons of ammonium nitrate ignited and exploded in the port of Beirut on August 4, 2020.

The atomic-like explosion left Beirut in an apocalyptic setting: 300,000 homeless, 6,000 wounded, and more than 200 declared dead or missing.

UNHCR has reported that out of the people who were affected by the deadly blast, at least 34 refugees have died, 7 refugees are still missing, and another 124 refugees have been hurt. The numbers may even be higher if unregistered refugees are taken into account.

Before the explosion, Lebanon was already in the midst of a dire economic collapse that caused an 80 percent devaluation of the local currency and an obstreperous spike in poverty rates –all amid the COVID-19 pandemic. During all these events, 1.5 million Syrian refugees in Lebanon became increasingly vulnerable.

According to UNHCR data records, more than 200,000 registered Syrian refugees are listed to be living in Beirut. 42 percent of these Syrian refugees in Beirut participated in the city’s labor force in 2019.

The blast heavily impacted areas like Gemmayzeh, Karantina, Mar Mikhael, Jetaoui, Marfaa Karm El Zeitouni, Downtown and Bourj Hammoud –areas with plenty of old structures weakened by the lack of maintenance. The explosion knocked down these structures, leaving many Syrian refugee families homeless and at a higher risk of vulnerability.

By leaving 300,000 homeless across the city, the explosion increased the need for housing. This itself may contribute to even more discriminatory practices, including high rates of forced eviction of Syrian refugees.

Rather than provide help following the explosion, the Lebanese government declared a state of emergency and left the people to do the government’s role by cleaning the streets, treating the injured and searching for the missing. The international community, on the other hand, rushed to aid Lebanon and sent contributions and donations for instant relief from far and wide.

Read also: Between Beirut and Port-au-Prince: The failures of international aid

French President Emmanuel Macron stated that aid will be provided directly to the Lebanese people, and will not be facilitated through the government. To this day, there is no clear vision on how the donations will be distributed and whether there is an assessment strategy which offers priority to the most vulnerable or whether Syrian refugees will be included in such arrangements.

Nevertheless, UNHCR has declared that it is “mobilizing US$35 million for its emergency response to the most vulnerable Lebanese, refugee and migrant households in the capital.”

The heinous explosion which took place in the hub of the capital Beirut must not be utilized by the Lebanese government as yet another tactic to send refugees back home. Such acts would be considered an infringement of the non-refoulement principle and of Lebanon’s obligations under international law.

Syrian refugees have long suffered from the discriminatory practices exercised on them by the state and its institutions.

However, the international community has to ensure that Syrian refugees are not excluded from aid and are not pushed back to return home under policies that might be labeled as an attempt to ease social, political and economic tensions amongst the Lebanese towards Syrian nationals.

Everyone in need must receive aid regardless of their status, and Syrian refugees should be included in such aid and relief plans.