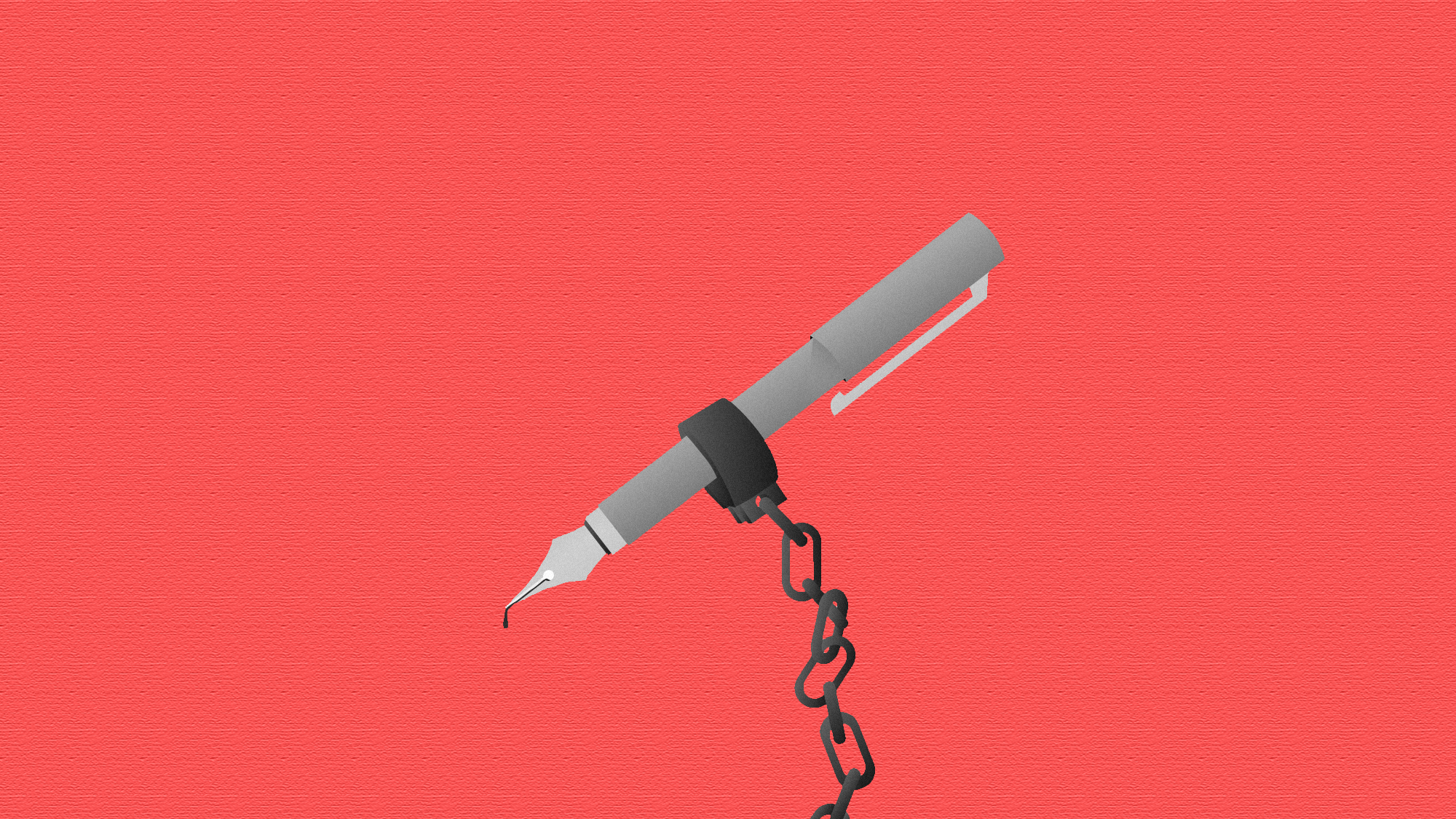 With arbitrary arrests and attacks on freedom of speech in Lebanon significantly increasing since the October 17 revolution, 14 Lebanese and International Organizations launched the “Coalition to Defend Freedom of Expression in Lebanon” on July 13.

The coalition launched after top prosecution last month ordered investigations into every social media post that targets or offends the president under criminal defamation and insult laws.

“Lebanon’s politicians have failed to provide for citizens’ most basic needs, and their corrupt practices have squandered away billions of dollars of public funds,” said the coalition.

According to Skeyes, 22 journalists, reporters, and cameramen were attacked by riot control forces, the army, and even protesters in June 2020 alone. Additionally, journalists were summoned by the Cyber Crime Bureau because of articles and social media posts.

Arresting and summoning journalists was not enough, the Lebanese Army Orientation Directorate is requiring journalists to get prior authorization for conducting interviews and filming citizens. This measure was used under the Syrian Tutelage.

“Instead of heeding protesters’ calls for accountability, the authorities are waging a campaign of repression against people who expose corruption and rightfully criticize the government’s significant failings,” said the coalition.

Reporters from France 24 and Bloomberg Asharq were averted by two army intelligence officers in civilian clothes and asked for a permit to report during July in Hamra Street. A journalist must wait at least a week to receive the permit to film or cover any event.

“We are in a place where we aren’t just living in a system that has denied us our complete rights for decades,” said Bachir Abou Zeid, the editor-in-chief of the October 17 newspaper, during the Coalition press conference.

“We also have to bear with the injustice in that once we raise our voices to demand our rights, security forces either summon us or follow us home based on tweets in which we express ourselves. Or if they don’t want to bother too much to come themselves and drag people into interrogations, they have a large popular support that would attack people for them,” added Abou Zeid.

The Lebanese Constitution protects the freedom of speech and press within the limits established by the law. However, the Press Law of 1962 restricts this freedom. It prohibits any publication that contradicts morals and public ethics or is inimical to national or religious feelings or national unity.

In addition to the Press Law of 1962, the Criminal Code of 1943 restricts the freedoms of speech and press. The defamation and slander law is often used against journalists and activists, and subjects them to imprisonment and fines.

“Lebanon’s criminal defamation laws have created an unacceptable chilling effect on free speech,” said the coalition. “The increasing resort to these laws, as well as the clear bias exhibited by authorities handling these cases, has created a hostile environment for free speech and deterred people from expressing themselves freely.”

The coalition revealed a report by the Human Rights Watch stating that over 4,000 people were interrogated under the claims of the defamation law.

Manal Abul Samad, the minister of Information, stated in April that she is working on developing new regulatory and legal amendments to the media law to include online websites.

According to Amnesty International, the draft law last edited in April 2019, was leaked to the coalition. This version of the law “prohibits pretrial detention for all publishing crimes, including those on social media, it does not eliminate prison sentences for alleged defamation and in some instances increases the prison penalties and multiplies the fines,” said the Coalition.

The coalition urged public prosecutors and security agencies to put an end to investigating people for exercising “their right to free speech.”

The main goal of the coalition is to bring the Lebanese Media Law in alliance with international laws and stop the use of the defamation law as an excuse to summon and arrest activists and journalists.

Activists and journalists are also being forced by authorities to remove controversial online posts, then sign pledges not to share or publish any defamatory or insulting content. These pledges have no basic legal grounds and violate legal fundamental rights and freedoms, according to Amnesty International, a member of the coalition.

It is explicit how the Lebanese state, amidst the economic and social crisis, is following online tweets and opinions instead of shifting their focus on finding radical solutions to the current crisis.