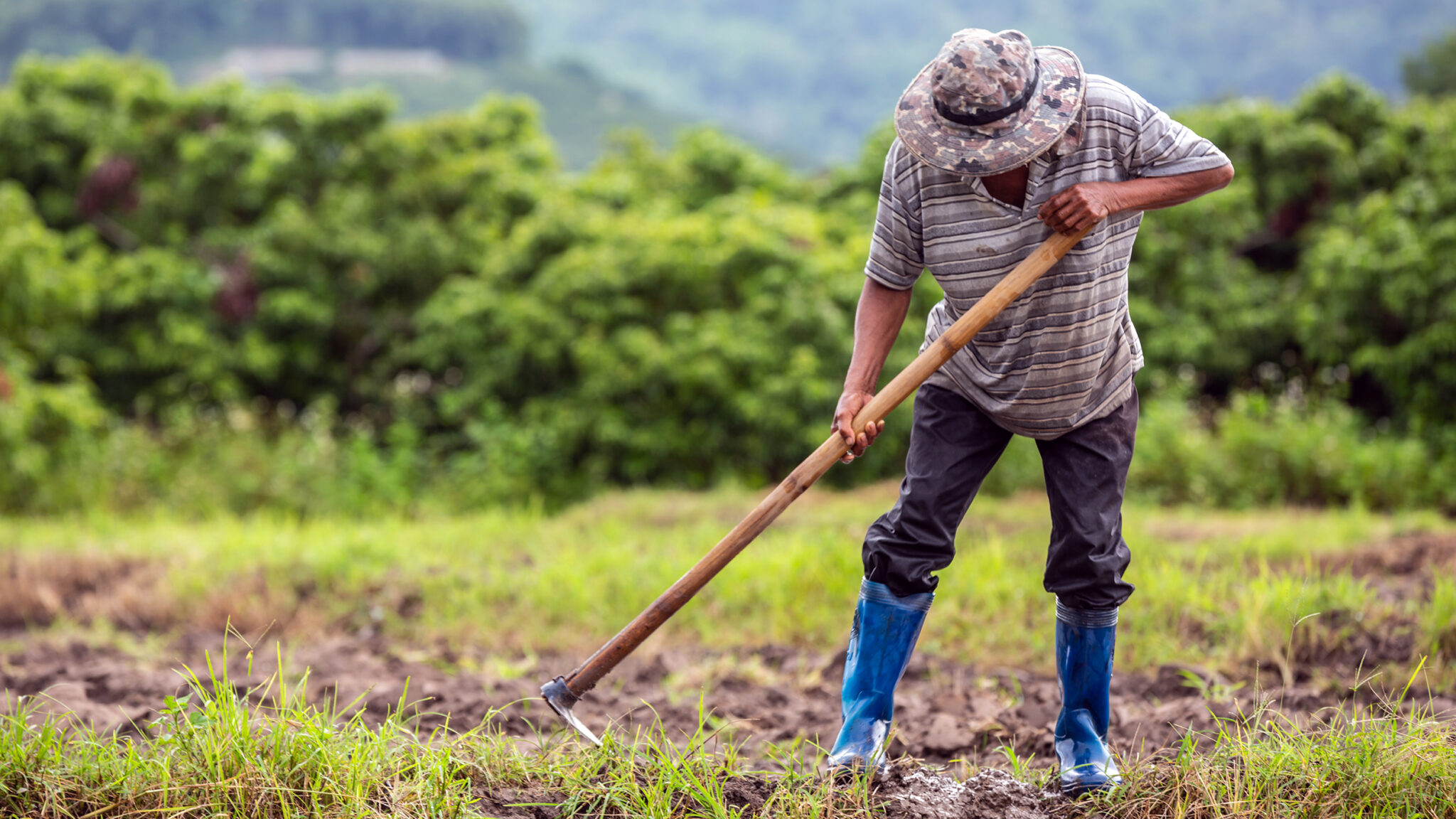 The agricultural sector is collapsing, farmers are going bankrupt and lands are being sold to pay debts denominated in dollars. The collapse of the farming industry this year does not come as a surprise, considering the sector has seen little to no positive achievements and felt no support across the decades. Instead, it has been gradually destroyed by those in power for the benefit of traders.

Today, farmers are bearing the brunt of its collapse as the dollar crisis eradicates any remaining hope of developing agriculture or relying on it for our food security.

Faulty government policies hindering the agricultural sector extend dozens of years back, but the current government’s policy may be the knockout blow that finishes off agriculture in general and potato cultivation in particular.

Farmers are taking heavy losses as a result of the high dollar exchange rate rapidly increasing from LL 1,500 to over LL 9,000. At the same time, banks are withholding their money, canceling agricultural loans, and not allowing lines of credit to be opened for the purchase of agricultural supplies. They also have to deal with the high costs of diesel sold on the black market, fertilizers, seeds, agricultural chemicals and other obstacles.

We import potato seeds, onions, and most other crops

Despite Lebanon’s urgent need today for agricultural production to plug part of the domestic consumption in light of the dollar’s scarcity and the difficulty of importing, the agricultural sector is struggling to stay afloat, as all farmers, and especially potato farmers, are suffering because of the high cost of seeds and fertilizers.

Lebanon does not produce potato seeds, onions, or most other crops. Rather, we import them, which means they are bought in US dollars. Lebanon imports about 20,000 tons of potato seeds annually, with the price per ton ranging between $750 and $1,000.

The president of the Lebanese farmers’ union, Antoine Hoayek, told Beirut Today that all farmers –and potato growers especially– are suffering huge losses due to the high costs of production. This, he says, might drive a large number of them to give up farming altogether.

The price of a kilo of potatoes today is about LL 900, or about 10 cents. Last year, a kilo of potatoes was sold for LL 700, or about half a dollar. This effectively means that the farmer is unable to secure the price of seeds, chemicals, agricultural medicines and fertilizers in dollars,  not counting in the cost of diesel that is now sold on the black market for more than LL 25,000 per plate.

The result, says Hoayek, is that all costs of agriculture are in dollars while the volume of production does not cover more than 20 percent of the cost –meaning that the losses of farmers amount to 80 percent.

A guaranteed loss: The price of pesticides

The price of one of the apple pesticides, for example, is about LL 9 million today, but the farmer previously paid LL 1.5 million it. Hoayek says farmers have stopped fertilizing their crops and spraying pesticides.

One farmer was counting on securing the price of spraying materials for an apple orchard whose value is $100, or about LL 10 million now, from the proceeds of sales during the peach season. He continued to harvest peaches and sell them in the wholesale market for two weeks, starting from June 15, but was barely able to collect a bit over LL 5 million.

To add more to his woes, most agricultural dealers only accept cash in dollars or Lebanese pounds as per the exchange rate of the dollar on the black market. His dealer set it at about LL 10,000 to the dollar.

In a conversation with Beirut Today, farmer Anwar Ghanem complains that the price of his agricultural output is not sufficient to secure the necessary agricultural pesticides for him. Last year, according to Ghanem, the price of a kilogram of peaches ranged between LL 1,500 and LL 2,500, while the price of agricultural chemicals was LL 25,000.

Today, a liter of chemicals costs the farmer LL 150,000 and pesticides go for about $100, or about LL 10 million. The price of a kilogram of peaches ranges between LL 600 and LL 1,500, a guaranteed loss. Ghanem calls on the government to secure the cost of agricultural chemicals or subsidize its dollars “to allow farmers to get back on their feet.”

Farmers can’t bear the burden of their losses anymore

This year, some farmers decided to leave agriculture entirely as a result of their inability to bear the burden of the losses they incurred because of the high exchange rate of the dollar. Among them is Lebanese farmer Safi Safi from Akkar.

The result is that Safi came out of the season with a loss of LL 55 million in favor of the seeds merchant. According to him, “merchants, as well as the government and the central bank, are trading with our livelihoods.”

Safi was hoping to pay off his dues from the output of the potato season, but, contrary to what he wished, he was left in debt.

Another farmer from Bekaa was unable to secure $100, or about LL 900,000, to pay for a bottle of agricultural chemicals for his cucumbers. He would need the returns of selling more than two tons of cucumbers to purchase one bottle, considering a kilo of cucumbers was selling for LL 400 at the Qeb Elias market.

The farmer chose to stop selling cucumbers. Instead, he offered the workers who picked the cucumbers –and whom he was unable to pay– to sell whatever crops they picked to cover their fees.

What do farmers want?

The farmers’ crisis was expected, but no officials paid attention to it. Ibrahim Tarshishi, head of the Bekaa Farmers Association, told Beirut Today that they had repeatedly warned officials about what they were monitoring on the ground since the beginning of the crisis. Their warnings were not heard

As Tarshishi pointed out, potato farms incurred losses of more than LL one million per dunam of land. Most farmers have decided to cease production operations.

Tarshishi also listed some of the demands of those working in agricultural sector, most notably fuel ensured for farmers at the official price and hard currency secured for farmers to pay for chemicals, fertilizers, and old and new seeds for the next season.

The head of the association also asked the Investment Development Authority of Lebanon (IDAL) to increase support for the export of a ton of potatoes from LL 300 to LL 500 per kilo to enable Lebanese farmers to compete in foreign markets. He highlighted the need to lift barriers that hinder export via land, especially the tax imposed on Lebanese trucks by Syrian authorities, which is $1,500 to Arab Gulf countries and $4,500 to Iraqi markets.

Most importantly, he called on the Ministry of Agriculture to stop importing agricultural products from abroad, especially potatoes. This would leave room for Lebanese farmers to secure the market’s fruit and vegetable needs throughout the year, which would in turn effectively stop the transfer of dollars abroad to import agricultural products.

This article was originally published on Beirut Today in Arabic.