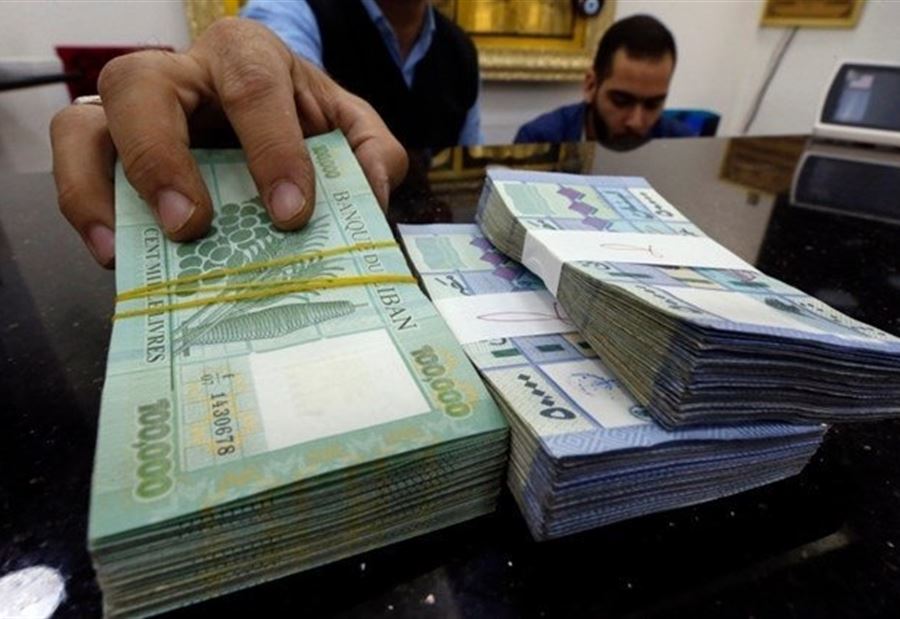 How do we prevent the total collapse of the Lebanese Pound?

The Lebanese national currency is quickly losing its value, dragging the economy along with it. From a pegged and subsidized exchange rate value of LBP 1,500 per USD which only applies to a few products and services, the black market exchange rates have reached more than LBP 5,500 per USD recently.

Lebanese authorities have been struggling to manage this latest monetary and currency crisis, given the substantive decline of foreign currency inflows into the country. Their interventions are causing havoc and accelerating the decline of the national currency.

First, banks put discriminatory limits on dollar withdrawals as of mid-November 2019, while allowing bank owners and their politician friends to transfer their cash abroad. Producers and merchants could not get any more foreign currency credit lines from the banks to finance imports.

Depositors saw their dollar accounts transformed and locked into a virtual local dollar with no cash backing. This further fueled demand for dollars at exchange companies and the black market, with the green bills now considered equivalent to gold as a store of value in times of crisis. By early January 2020, the dollar was already trading between LBP 2,000 and 2,500 per dollar.

With confidence in the banking sector and the economy as a whole collapsing, foreign dollar transfers into local banks declined dramatically. The lockdown due to the COVID-19 pandemic further hit dollar revenues from visitors, tourists, product exports and cross-border services.

Local authorities responded by covering foreign currency demand through “lirafication:” Banks decided to provide depositors with Lebanese pounds against some of their “imprisoned” dollars at a rate of LBP 3200 per dollar, using a fresh supply of local currency printed by the Central Bank. In parallel, money transfer companies were also instructed to exclusively provide local currency against inward transfers, at a rate of LBP 3800 for every US dollar.

In effect, the Central Bank printed local currency to alleviate foreign currency pressure on local banks and to consolidate its “fresh” dollars portfolio by buying them from money exchange companies.

Demand for dollars kept increasing, especially as speculative and profiteering behavior increased due to the various exchange rates now present in the economy.

In parallel, the new government decided that the only way out was to apply for an IMF program, drowning in negotiations and internal disagreements over financial and fiscal losses while the real economy was being destroyed by the currency crisis and ensuing inflation.

The ruling cartel, a coalition of former warlords, sectarian party leaders and rich oligarchs, resorted to what it knows best: Protect its interests and wealth, shift the costs and blame on the 99 percent of the people, and devise financial schemes to win some time before hopefully striking another regional deal with one or more of its regional or international allies.

But this time, it’s different. Before, this cartel was using foreign dollar transfers to fund its schemes. Now cartel members are fighting over dwindling dollar reserves ($20 billion at most) while foreign transfers are becoming extremely hard to regain without substantive reforms that would ultimately hit the cartel’s interests.

Printing Lebanese pounds would buy some time, but is also both causing rapid inflation and eroding the purchasing power of all Lebanese –especially those who support the ruling parties.

What can be done? Letting the economy collapse serves the interests of the ruling cartel, which has enough wealth and power to confiscate whatever remains in the county and further increase their grip on it, fueling sectarian divisions along the way to divide and conquer.

Hopes for substantive reforms are naive given the entrenched interests of the ruling cartel and the support all its members still manage to secure from regional and international sponsors.

The national currency needs to be prevented from total collapse, and this needs to be done in a pragmatic and gradual approach with a clear bias towards protecting the interests of the majority of the population against the predatory behavior of the ruling cartel.

The Central Bank and the banks need to inject foreign currency back into the economy, mainly by reconverting frozen “Lebanese dollars” back into real ones and providing depositors and companies with access to these new dollars, even by small amounts in the beginning (for example, $300-500 every week per person).

Where and how do we get these “fresh” dollars? Foreign aid lifelines, be it from traditional partners or newly promoted ones like China, are conditioned on reforms which are themselves now tied with a controversial IMF program. Even if it goes through it will take at least a year to materialize, and in the meantime, total collapse would have occurred.

The Central Bank needs to borrow foreign currency through a credit line secured from other peer institutions –regional or foreign central banks– to inject over at least a year in the banking system and halt the collapse of the local currency.

Collateral for this credit line can be provided by the banking system’s existing assets. The allocation of this new foreign currency supply needs to be carefully monitored by independent regulators, and would need to be in line with medium term reform plans that would guarantee its efficient use.

Obviously, the above remains unlikely to be implemented with the current governance setup. The Central Bank governor needs to be replaced with an independent and competent civil servant. Short of a complete government change, the ministry of finance –the key oversight ministry over monetary policy– should also be managed by an independent and competent minister. This is the least that could be done.

Otherwise, the do-nothing (while continuing the theft) approach would bring total collapse, but they and we are all under one collapsing roof.