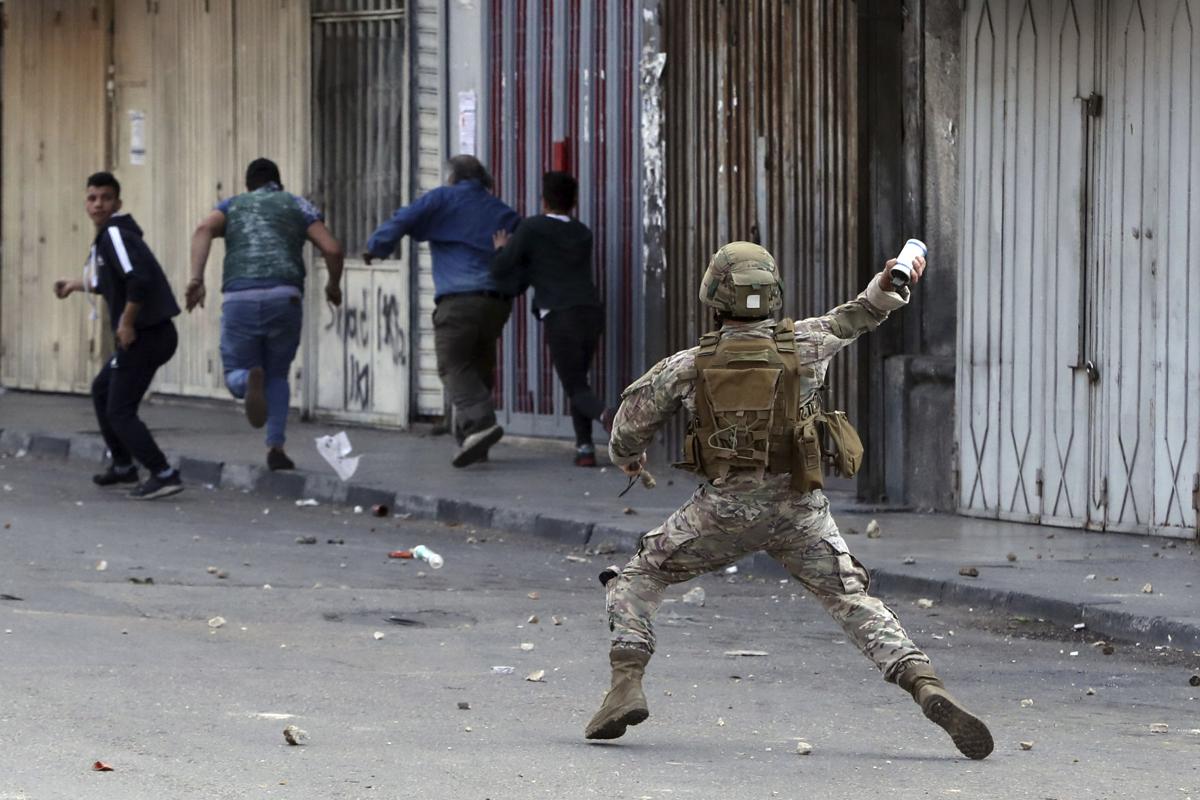 “The residents see the army not as the solution but as part of the problem.” –A. J. Knudsen, 2017

When the Taif Accord was put in place to conclude the infamous 15-year Lebanese civil war, it was thought that the Lebanese Army Forces (LAF) would protect the new political cohesion and division of power placed by the comprehensive peace agreement. It was also thought that the army would maintain security against any rise of armed violence in times of adversaries.

However, the modern history of Lebanon post-civil war has shown that the LAF does not have enough political power to address intra-Lebanese violence. With the exception of a few individual feuds, LAF requires political cover to quell violence. This gets more complicated when  political violence threatens the internal solidarity of LAF.

For example, in May 2008, army brigades watched as Hezbollah assaulted Beirut and areas in Mount Lebanon. They did little to even stop a Hezbollah supporter from replacing the Lebanese national flag with a Hezbollah flag on one of the many electricity distribution poles in Beirut.

The army “adopted a strictly neutral role in the conflict, standing guard at key installations but not attempting to intervene,” reads a 2008 Chicago Tribune article on the May conflicts.

To maintain its neutrality, the LAF created a “red line” where it may open fire only if fired upon.

This practically was put to force in events such as, the war of Nahr el Bared in 2007 and the Abra (in Sidon) clashes in 2013. Coincidently, this same red line was ignored when one army pilot was shot dead by Hezbollah in the south.

In Tripoli, the story is more complicated. The army is not perceived as a neutral institution. Despite their intrinsic role in combating radicalized groups, many unjustly treated and impoverished groups believe that LAF is being instrumentalized to crackdown on any form of freedom of expression. This has been the case ever since the strong presence of the Syrian Army in the 1980s.

As a result, the LAF brigades in Tripoli continued adopting the same strategy post-2005. At times, they meddled further by networking and “omni-balancing” between the armed commanders of Bab al-Tabbaneh and Jabal Mohsen since clashes erupted in 2011.

According to Human Rights Watch (HRM), many soldiers and mid-level generals were reported to have amicable relations with the armed fighters and their leaders while staying regularly in touch.

Since the rise of the clashes between the Sunni stronghold of Bab al-Tabbaneh and the Alawiite neighborhood of Jabal Mohsen, the army has taken another passive role given its mantra of neutrality and prioritizing army’s solidarity –slowly leading the residents of Bab-Tabbaneh to see them as a Hezbollah controlled group.

The fact that the army targets Sunni supporters of Syria’s revolutionaries, while doing nothing to stop Hezbollah fighters from crossing into Syria, causes deep resentment in Bab al-Tabbaneh.

The Tripolians, like the wide array of Lebanese, decided to opt out of the dissected political environment in October 2019 and join the protests against the corrupt political elite of Lebanon.

Those in the northern city thrived to detach themselves from the historical stereotype that the city is the center for Sunni radicalization. Nevertheless, the LAF continues to perceive them as such.

The city most impoverished, despite the myriad number of rich prime ministers and ministers who led governments that continued to marginalize the city, became the most proclaimed disruption of civil-military relations since the Taif agreement.

The newly-formed government of PM Hassan Diab left little room for the Army General to pursue his strategy of not repressing protestors. Under the government policy to maintain curfew during the COVID-19 pandemic, the army had no choice but to aggressively repress protestors.

In turn, this reinforced the discernment among the majority of Tripoli residents, who already lost faith in their own leaders, proclaiming that the intelligence branches of the Army in Tripoli are in fact not neutral.

As the impacts of the economic crisis spread across all social groups in Lebanon, the already thwarted residents of Tripoli have lost trust, not only in the government and the elites, but also in the army. Ultimately, they lost trust in the whole system that was rebranded after the Taif Agreement.

As we come closer to the end of President Aoun’s era, the previous generals of LAF have constantly securitized events as stepping stones to announce their bid for the presidential candidacy.

President Michel Sleiman instrumentalized Nahr el Bared and the May 8 clashes to strengthen his position. General Commander Jean Kahwaji attempted the same between 2012 and 2014 during the Tripoli clashes to succeed President Sleiman, albeit unsuccessful.

The Tripolians are now aware of that more than ever. The next couple of years will redraw the relationship between the city of Tripoli and the army. One can expect that, as long as they continue to witness an armed party stronger than the state seizing hold of power over the government, the civil-military relations in Tripoli will deteriorate at the same rate as the economy.