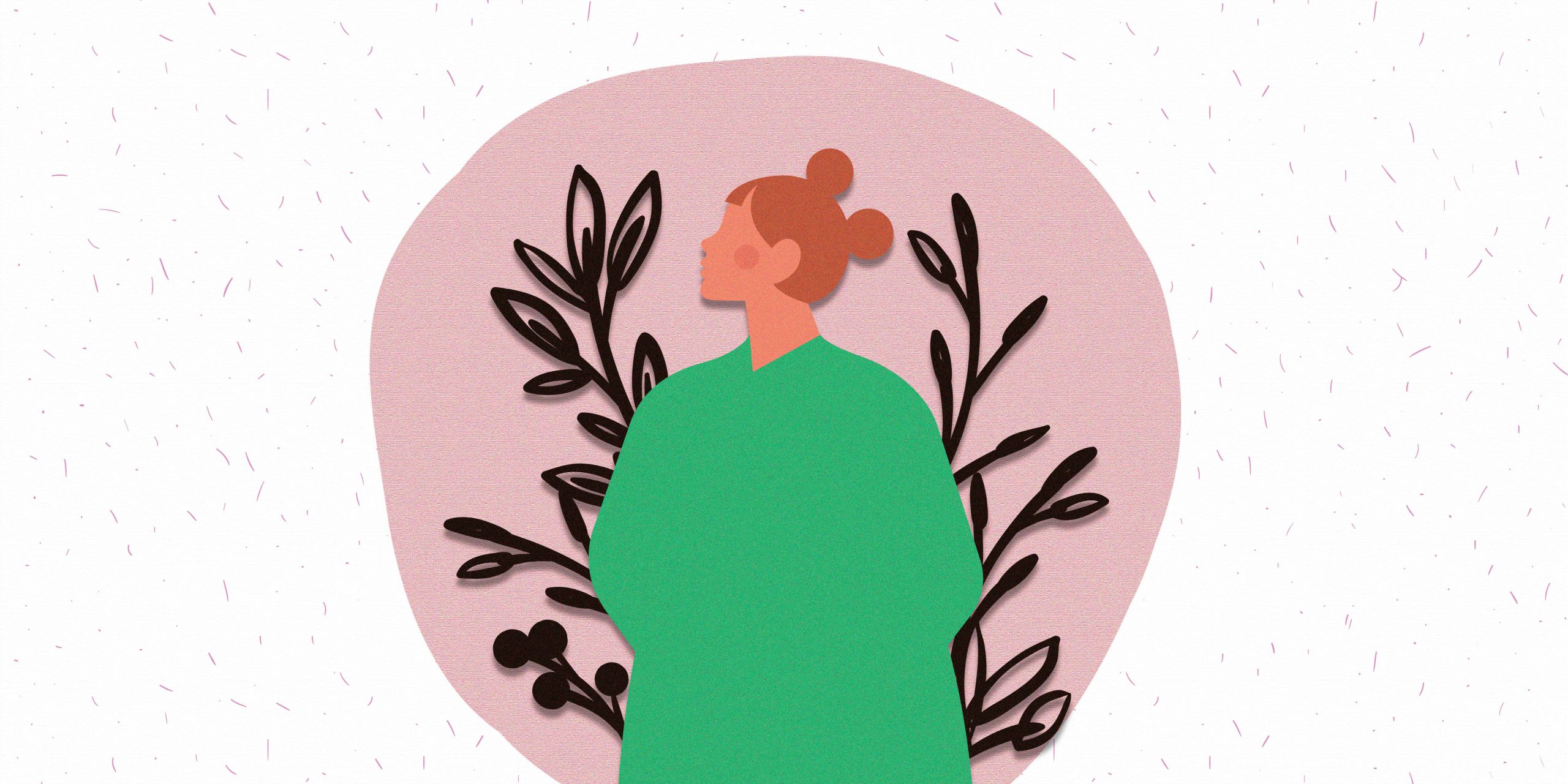 He didn’t rape me: A story of self-doubt, anger, and surviving assault

The difficulty and courage needed to write my personal story of sexual assault did not lie with me being vocal about my experience, but more with the fact that I would have to confront it by myself.

Sitting in front of a computer, having to reflect on traumatic events, and narrating the details of that event is something I still don’t think I am emotionally ready to do. But, this is a part of me now, and I feel that it is necessary to write what happened to me so that we normalize discussions on sexual assault.

Such a personal violation of your existence should not be something anyone has to go through. Despite that, the majority of my friends have all experienced similar circumstances –which fueled my rage even more.

He was part of my friend group. At the age of 15, I returned to live in Lebanon with my father, after having been at my mother’s in Luxembourg for two years. Having to reestablish myself back into the country was not that difficult because of the long-lasting friendships I had developed early on.

His twin brother and childhood best friend were like family to me. We had spent summers, year after year together, either at the beach or in the mountains.

In the summer of 2017, I was 19 years old. His twin brother, one of my best friends at the time, invited me to spend a week in the mountains in Faraya. All the rich kids would go there in the beginning of August to celebrate the ascent of the Virgin Mary with fireworks, parties and food courts. I only decided to go –despite being skeptical of the number of posh people you can encounter on a daily basis– because I wanted to spend time with my friends before travelling for a year abroad in September.

Little did I know, on my way to the mountains with other friends, I would receive a call from my father that would change all that. My grandmother and uncle, on my maternal side, had decided not to let me stay in their flat in Paris while I was doing my exchange. It was a harsh, heartbreaking rejection, a last minute refusal despite the fact that I had maintained a relationship with my grandmother and continuously checked that she was still on board with me staying in her empty Parisian flat.

I was already in the mountains at that point and had no way of going back home. Although I was preoccupied with the issue, I decided to stay. My family forbidding me to stay in the Parisian flat, which I had grown up to know as one of my European homes, put me in a general depressing mood.

The second or third night, I had stopped by a party with him to join his twin but then realized it was not worth staying, so we went back home. My body was exhausted with the sadness that had taken over, and I was not in the mood to socialize with anyone.

As for him, he was known among our friends to be the one who doesn’t smoke, drink, or party because he considered it unnecessary.

We would amicably banter about how I encouraged him to go out and have fun, while he would kindly suggest that I should stop going out as much. That night we both went home together to his family’s chalet, where we were all staying for the week in Faraya. We sat in the living room when we first arrived.

If I recall correctly, another friend was also present. It’s difficult to remember, considering the sheer number of people who were staying in Faraya during this holiday. People would come and go, with no real concept of time.

Getting back to that night, we were watching TV and I passed out for a little while. After realizing I was ready to go to bed, I climbed up the stairs and went to sleep. The anxiety of not having a place to stay when I go for my exchange kept me slightly awake. I was still aware of the background noises and could hear my friends walking around on the floor below me, but I didn’t really care.

At some point, I heard what I assumed was my remaining friends leaving the chalet, and him coming up the stairs. We were close friends and I was comfortable around him, so I didn’t find it even a bit suspicious when he was standing over my bed.

“Gab, are you awake?” he asked. I was half asleep and unbothered with this question. I ignored it and hoped that my silence would make him understand that I was not to be bothered.

He slipped into bed, positioning himself in a way where he was spooning me. At this moment, to his knowledge, I was asleep and unaware of making any decisions as to who could come and lay next to me.

It took me by surprise, him coming into my bed at that moment. “If I just continue to pretend that I’m asleep, my unconscious body will obviously make him stop, and he will go away,” crossed my mind.

He, of course, did not stop.

Instead, he started grinding his genital area on to my bottom. The fact that he was continuing, even though I was not reacting to him coming on to me just put me in an air of confusion.

I want to point out that from a very young age, I have never shied away from expressing my views and feminist stance. I would even be amicably mocked for my strong opinions compared to usually more delicate and easy-going feminist attitudes around me.

I didn’t strongly react when he kept going, not because I was afraid but more because my state of mind could not process why he would do this. Nevertheless, I needed him to stop, so I pretended to be woken up by his movements.

This is where my memory gets a bit blurry. I remember that we had an exchange where I asked him what he was doing. He told me that he doesn’t understand why I wouldn’t want him. The conversation went on, arriving to a point where he hinted that I should touch him while he was touching himself. I know I refused, but I cannot even remember how it all ended. I just know that I was able to convince him to leave my bed.

The next morning, only when I saw him again did I remember the events of the previous night. My mind could still not wrap around the idea of what had happened. Already being under prior stress also pushed me not to examine the situation entirely. That day, I went back down from the mountains in our best friend’s car. I told him what had happened. I think, from what I remember, that he felt sorry for me but didn’t do much to help..

In his defense, he was a young man, and I don’t think he had encountered anything that would have prepared him to provide constructive help. I went up to my home town to see my father and discuss solutions for my accommodation issue for Paris. My whole body had become an anxious and depressed piece of meat.

My father barely reacted when I had told him what he had done to me. He, also, most probably did not even comprehend what that experience meant for someone, especially for his only daughter. As a last resort to tell someone that might understand, I called his twin brother.

Because of the close nature of our friendship, I thought his twin would have my back. Of course, my assumptions were wrong. After calling him and telling him what happened, he decided to hang up because he wanted to call his twin and tell him how upset he was with his behavior.

I asked him to call me back after his talk with his brother. He didn’t. I traveled to Europe two weeks later, and he still did not call me back. The lack of compassion I received was internalized, pushing me to brush away those feelings of violation and trauma. My body and my mind just accepted that, since no one really cared, it wasn’t as bad as I could have imagined it.

The conversation with his twin brother only arrived at a conclusion around a month after the incident. I tried to ask about it in a phone call, but the answer was obvious. He said that, apparently, his brother was very drunk and didn’t remember anything from the event I shared. He also mentioned that he tried to reach out to me, which, to my knowledge, is also not true.

Now I know that there isn’t much I know about life, but I’ll be damned if I can’t recognize that a person is wasted while they are forcing themselves on to me. This whole conversation, instead of enraging me at the time, just added to my self-doubt.

I went over the events multiple times in my head, hesitant to believe the accuracy of my own memory.

I am sure today that his twin’s words and his version of events were untrue, but they kept me from believing what I had recalled. When I think back to it, the fact that I did not even trust my own memory is enraging. Someone I had been friends with for so long, completely dismissing what his brother had done, does put the fear of constant doubt into your head. Even then, I still wasn’t aware of what such a breach of trust could do to the courage I had built myself up to represent.

It wasn’t only the violation of the act itself, it was also the lack of support from the people I was closest to following the incident. It’s not a question of being by your side, but the outrage that should follow after you share your experience.

This is not limited to my incident. There are too many people I know who have experienced some form of sexual assault. For every person that feels violated to their core and confides in people who brush it off, you need to know that you have the right to expect outrage.

When I look back at my transcription, two years later, I can clearly see the growth that followed the trauma I have overcome. It wasn’t easy.

Back then, I wouldn’t have been able to write down what had happened.

Simply facing a page filled with a painful moment you might never forget is something that takes time and patience.

These violations happen way too often for us not to talk about. I hope that sharing my story will open up a conversation about sexual assault and harassment in a country with such a strong stigma surrounding it.

What I am confident in is that someone will see this, know it wasn’t their fault, and recognize they have every right to demand outrage from themselves and others, outrage that exists because of having to hide such a defining moment. But, this also is about strength and becoming stronger than the pain you have suffered. This is about normalizing the strength that your trauma gave birth to and becoming more. More of everything, but especially more power to those whose voices were ignored for too long.