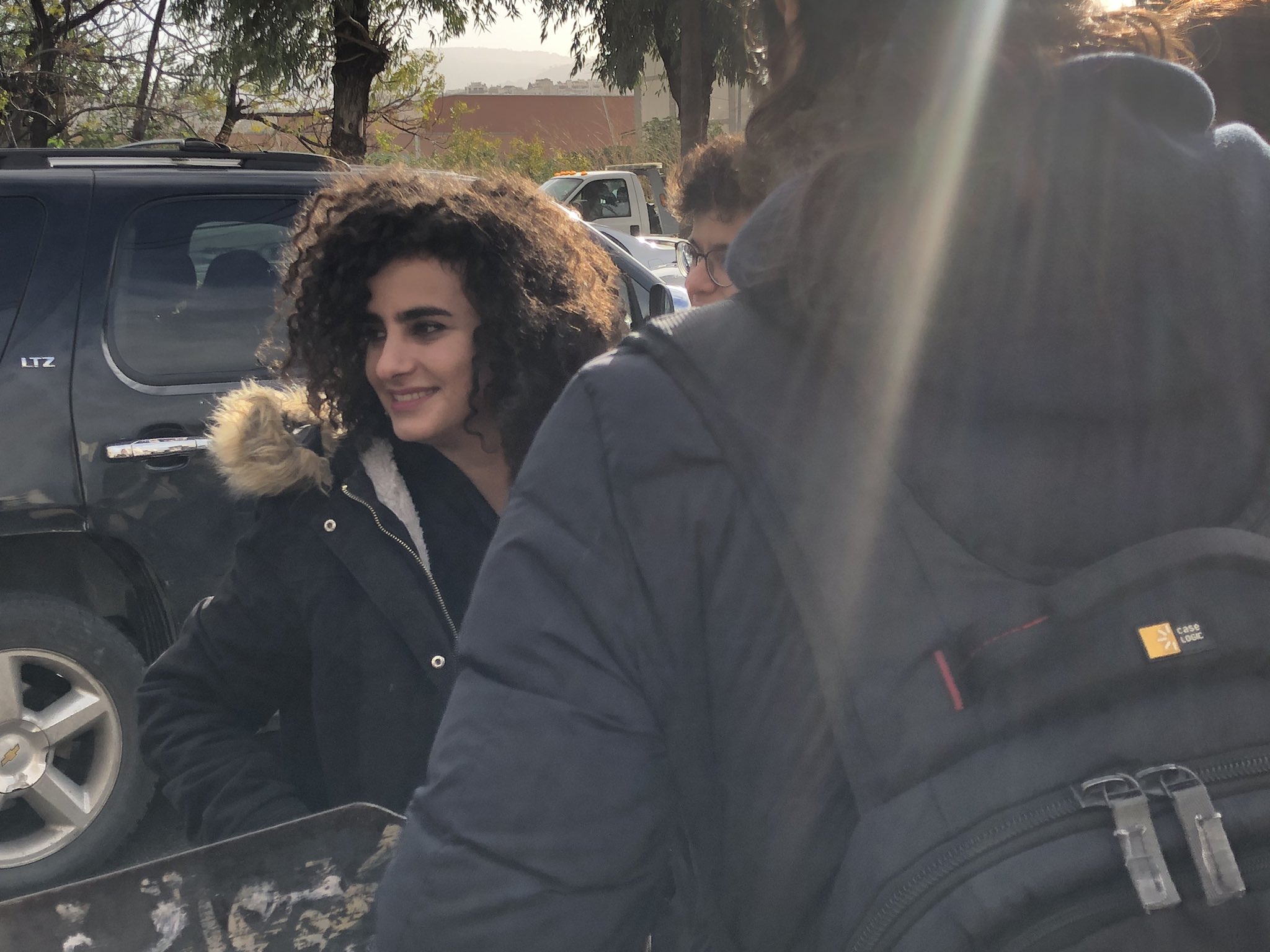 A prominent activist and journalist who led chants critical of Lebanon’s political establishment during the ongoing uprising was interrogated by the Cybercrimes Bureau Tuesday on charges including insulting the president and “undermining the prestige of the state.”

The activist, Nidal Ayoub, was called into the bureau based on a complaint filed by Hussein Mortada, a pro-Syrian regime journalist who had claimed in a video that Ayoub was backed by Israeli and U.S. intelligence agencies.

“This video really exposed me to danger and put me in danger, but the judiciary has not acted,” Ayoub said ahead of her interrogation, speaking to Daraj Media.

“Over many years, we’ve never seen a case raised against an official or some who incited against us or assaulted us go anywhere,” she said.  “But we still seek refuge in the law when something happens.”

After the video came out, Ayoub filed a defamation lawsuit against Mortada in December. He then filed a complaint against Ayoub, accusing her of slander, defamation and blasphemy, as well as the charges related to the president and undermining the “prestige of the state.”

Mortada has not been called in for interrogation, despite the fact that Ayoub filed suit against him before he filed the complaint against her, which points to the “bias of the prosecution in favor of powerful people filing lawsuits,” Aya Majzoub, Lebanon Researcher for Human Rights Watch told Beirut Today.

“It’s a clear indication that the interrogations are attempts to silence prominent, outspoken critics rather than provide genuine redress where someone felt their reputation had been unfairly damaged,” Majzoub said.

Protesters held a solidarity demonstration outside the bureau Tuesday morning. Ayoub pledged to remain silent during her interrogation, but led a series of chants outside before she entered.

“We won’t be scared, we won’t lower our heads, your incitements are worth my shoe,” she shouted. The crowd around her responded by chanting “Nidal, we are with you till death,” following her as she walked towards the bureau’s entrance.