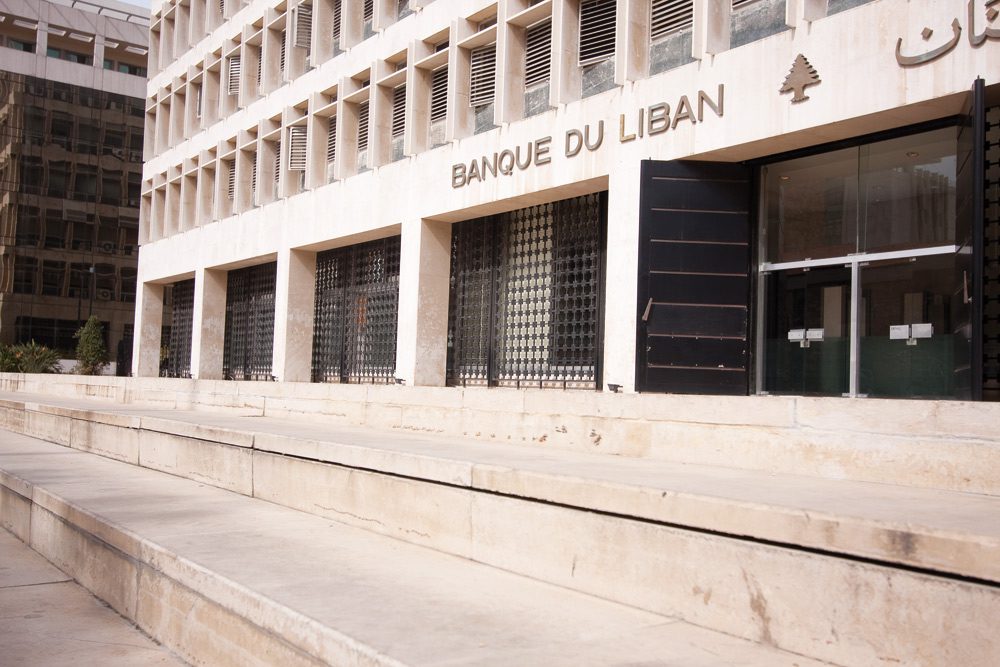 Economic panic is in the air once again, with talks in Lebanon centering around bank liquidity and the Lebanese Lira. Triggered by fear, bank customers try to withdraw more money from the bank than the bank can immediately provide in what is known as a bank run –regardless of whether or not sound fundamentals underlie the financial system, the central bank, and the government.

Some of the concerns are warranted, while others are not based on sound reasoning. The status of the national financial economy is better understood with an explanation of the financial engineering operations conducted by Banque du Liban (BdL).

Although out of the news for quite some time, the steps conducted set the stage for the current situation. Initiated in November of 2016 and conducted a handful of times since, the effects of the operations are almost entirely recognized in the 2018 financial statements.

The operations, their objectives, and their implications:

The operations are best understood with the following central bank objectives in mind: Increasing US Dollar reserves, meeting government liquidity needs, bolstering bank profits to weather the storm, and increasing bank capital adequacy requirements to meet new regulatory conditions. BdL reported three steps to their operations, mapped out according to how they play into their objectives and their implications in what follows.

SWAP 1: Central Bank owns LL treasuries and swapped them with the government for newly-issued USD treasuries, international bonds not native to Lebanon.

Implication 1: The government has now increased USD liabilities and BdL has converted part of its assets from LL to USD. The increase in dollar liabilities for the government can reduce the cost of debt because of the lower interest required on the debt, but also decreases the demand for liras that people would need to hold to buy LL denominated treasuries. In effect, as long as the lira holds, the cost to the government decreases.

SWAP 2: Central Bank, now with a promised inflow of dollars from the government, sells certificates of deposits (CDs) to commercial banks against the newly-swapped USD treasuries. Commercial banks deposit their customers’ USD at BdL, ensuring that it has the foreign reserves to protect the lira against the mounting current account deficit. A current account deficit refers to a government economy that is consuming, investing, and spending more than it is producing.

Implication 2.1: Customer USD deposits are held in BdL at an attractive interest rate to protect the Lebanese Lira, which bolsters Central Bank’s reserves and increases the interest margins at commercial banks.

This operation’s implications are two sided. On the one hand, Central Bank is using customer deposits to protect the lira, which is inherently risky seeing as the trade deficit is growing. When imports exceed exports, the necessary dollars needed to protect the lira are more likely to leave the country and those dollars effectively belong to depositors. That being said, commercial banks pushed depositors to fix their deposits for longer terms which, in terms of balance sheet health, is positive and reduces the liquidity strains on the financial system.

The downside, is that the currency system is being held up by USD depositors, and the dollar liquidity in the system is contingent on the growth of USD deposits. One can argue that the dollars and the deposits are guaranteed by Central Bank and that is as safe as one can ask for in Lebanon, but fundamentally, the dollars are leaving the country unless the foreign currency deposits grow. These deposits grow either by attractive interest rates, which is possible seeing as internally interest rates are falling and hence the attractiveness of Lebanese deposits is growing, or if the CEDRE money comes in and flows through the Lebanese financial system enough to alleviate the dollar liquidity stress. Otherwise, it’s a game of musical chairs.

Meeting these requirements will allow the Lebanese banks to maintain international operations through the international banking system and their operations with their correspondent banks. This requirement is met with the technical knowledge of how risk-weighted assets are calculated according to Basel III.

Simply put: The riskier the asset, the higher the weight, and consequently, the lower the capital adequacy ratio. In turn, had the commercial banks bought the USD treasuries directly, their risk would have been weighted at 100 percent. Because Central Bank sold them to commercial banks as CDs, which are weighted at 50 percent, the capital adequacy ratio is increased.

Modifying risk weighting to account for this exposure and testing the measure on one of the local banks, the capital adequacy ratio was nearly halved and still met both the requirements set by both Basel III and the Banking Control Commission of Lebanon (BCCL).

SWAP 3: Commercial banks own some LL treasuries that Central Bank bought. The purchase was unique in that BdL did not pay the market price for the bonds, but instead paid 50 percent upfront, with all future coupon payments and the bonds’ par value discounted at 0 percent.

Implication 3: This converted long term assets of the banks to liquid LL cash, providing much needed liquidity to the system, albeit in the Lebanese currency. The flush of commercial banks with Lebanese Liras should be able to promote much-needed credit to the private sector. Loans to the private sector peaked one year later in December 2017, with a five percent growth. Data in May 2019 revealed it saw a steady decline to reach a three-year-low and an 8 percent decline from that peak.

In addition to shrinking private sector credit, the performance of these loans has also deteriorated. That being said, new regulatory requirements have pushed banks to set aside an appropriate amount of provisions for loans.

Considering the dire economic situation and how ineffective the government is at addressing the fiscal and economic problems facing it, the actions of Central Bank and its governor have proven to be a much-needed crutch to our limping economy.

While BdL’s operations were an ingenious approach to the problems at hand, they are only temporary solutions that give policy-makers more time to address the country’s problems. In case of any shock to the financial, monetary, fiscal, or economic systems, all other systems would collapse through contagion because of the way Central Bank concentrated all risks. If government inefficiencies persist the way they have been, citizens might have considered running for the hills if they weren’t already on a cliff.