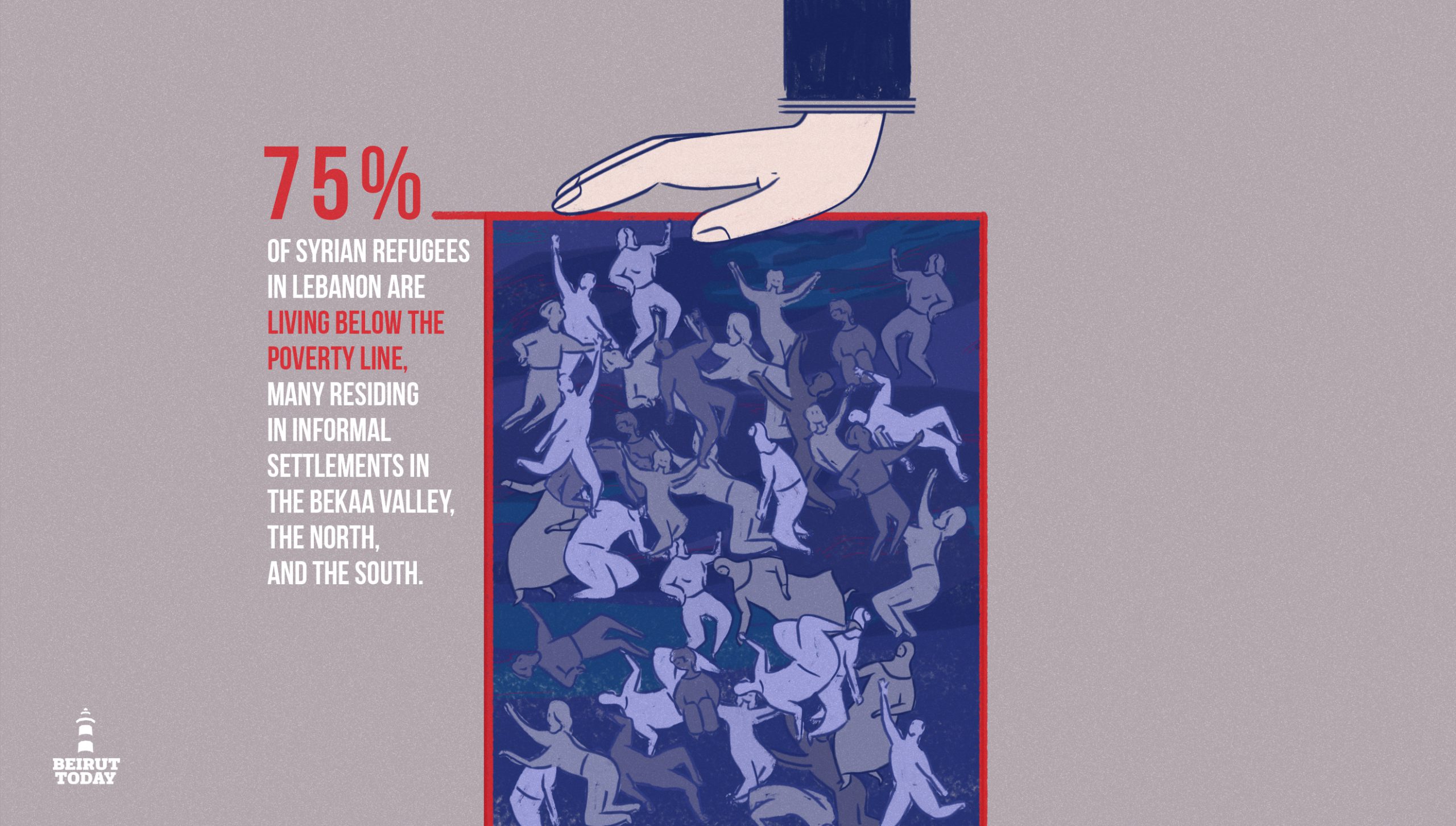 Why Do We Hate Syrian Refugees? Refugees=Partners Counters Stereotypes with Facts

They’ve taken all our jobs and resources, they’ve caused pollution, and they haven’t been paying their rent. Most recently, they’ve caused traffic and car accidents because they’re not used to a large number of cars in the rural societies they come from. If you haven’t figured out who “they” refers to, you probably aren’t reading the news.

“They” are the refugees in Lebanon, the “unwelcome” Syrians and Palestinians who are bombarded with new stereotypes and misconceptions each day. But are these statements based on factual and verifiable research, or are they based on tacit political schemes? Refugees=Partners, an independent research-based initiative founded in 2018, has the answer to this question.

In coordination with the Lebanese Economic Association (LEA) and the Syrian Centre for Policy Research (SCPR), Refugees=Partners counters negative sentiments towards refugees in Lebanon and encourages policy reforms that protect their rights.

Despite Public Opinion, Syrian Refugees and Lebanese Nationals Can Live in Harmony

“Different political parties in Lebanon use the refugee crisis to have their political battles,” said Ibrahim. “Instead of blaming the government, the citizens will start blaming the refugees for any problem they might face in the country.”

One of the most common misconceptions about Syrian refugees is that they don’t pay rent, despite studies showing that 81 percent of refugees actually do pay for rent.

Refugees=Partners works on protecting the rights of refugees in Lebanon through advocacy, social activism, and calls for policy change. Refugees are portrayed as a threat to socioeconomic security, allowing the emergence of discriminatory practices such as the unlawful eviction of thousands of refugees by Lebanese municipalities since 2012. While tensions like these exist between Syrian refugees and host communities in Lebanon, the initiative believes that social cohesion is possible. The stories that Refugees=Partners supports that belief.

“We work on improving the refugees’ rights in Lebanon, and not just through stating opinions like most political parties in Lebanon do, but through innovative research that promotes a [healthy] socioeconomic environment,” said Fatima Ibrahim, the project manager.

While several other projects work on challenging the stereotypes that the Lebanese public often pins on refugees, Refugees=Partners reaches out to the public at large, opinion leaders, and activists through a positive media campaign that is based on factual and academic research findings rather than politicised or sentimental statements.

The Problem Isn’t Actually With Refugees, It’s With Politicians

The project was launched to create a much-needed counter-narrative on Syrian refugees, which plays into ensuring their rights and protection. Refugees=Partners focuses on the concrete socioeconomic impacts of refugees, raising awareness about their access to labour markets, their rights and obligations, and challenges and opportunities.

As part of its work, the project launched a website to share their open-access research and highlight the stories of different Syrian and Palestinian refugees. The website also features a set of articles and statements written by experts and policymakers, as well as a section on the experiences and struggles that both Syrian and Lebanese communities have faced.

The project seeks a clear and comprehensive framework for the refugee crisis in Lebanon, something the country has lacked for years. Without a structured refugee policy, different authorities –from municipality administrators to private employers– can easily use discriminatory regulations founded on their personal opinions rather than facts. Many municipalities are unable to ease socioeconomic tensions between Syrian refugees and Lebanese citizens without the presence of a comprehensive national plan.

“There is no legal framework or a clear plan, and that’s the real issue,” said Ibrahim. “For instance, Lebanese citizens claim that the Syrians are “stealing” all of their jobs because Syrians work for low salaries. So, why doesn’t the government force a law that obliges all companies to pay equal salaries to both Syrians and Lebanese citizens?”

The roots of the problem go deeper than the large amount of refugees in the country. It’s similar to every other problem in the country, from the electricity crisis to governmental corruption. The public stands deceived by politicians who, in their political game, promote hate speech against refugees without taking any concrete initiative to solve the problem they claim exists. Refugees are their scapegoats.

Every once in a while, we focus on a different problem in our country that’s always been there or has been building up for a long time, and we blame the refugees for it. Today, we blame them for the choking traffic and car accidents. Tomorrow, we might even blame them for our slow WiFi.

A wave of anti-immigration sentiment based on “the fear of the other” is being propagated by the extreme right in several countries around the world. Politicians wear xenophobia like a mask, promoting it to the public to hide the ugly truth of how their own shortcomings affect citizens’ socioeconomic well-being.