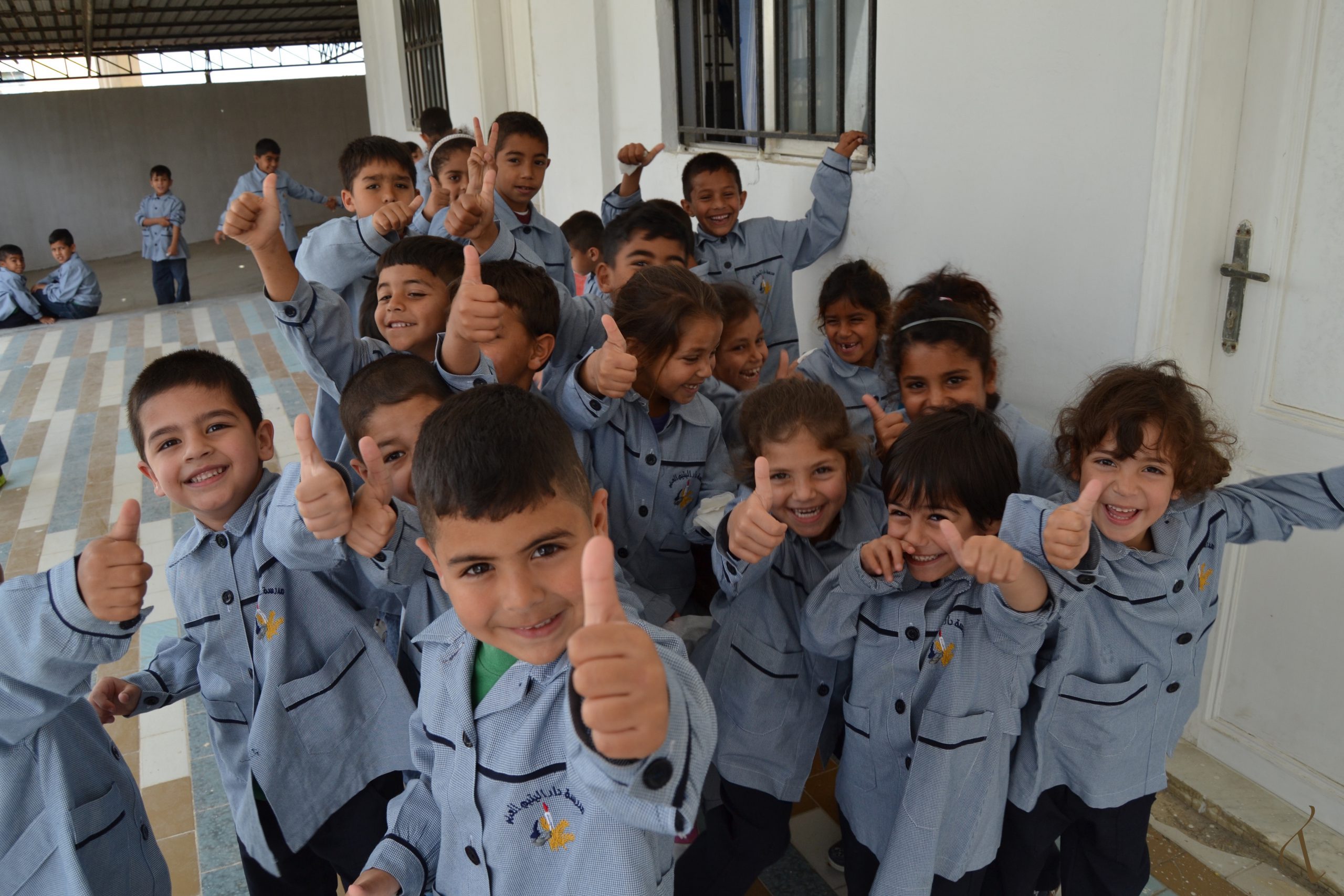 SIDON, Lebanon — The funding-deprived Arab Orphan Home Association is struggling to operate without government support and is facing difficulties in re-socialising neglected children as their numbers increase.

The rising poverty rates in Lebanon have sentenced countless groups of children to begging for money to sustain themselves and their families. According to the UNDP, 1.5 million Lebanese live below the poverty line on less than $4 per day. Estimates show that close to half a million of those reside in South Lebanon.  Parents who can no longer afford their children’s living expenses resort to orphanages for support.

Government officials and social workers involve themselves in severe cases of poverty and refer impoverished children to orphanages all over the country. Established in 1954, The Arab Orphan Home Association in the city of Sidon is one of many institutions dedicated to relieving children trapped in the cycle of poverty and family dysfunction..

With 175 children to support, the orphanage tries to compensate for the government’s shortcomings in supporting the economically marginalised.

“We are waiting for the government to sort itself out so that we can get back the money we are owed,” said chairperson Imad Osseiran. Many orphanages are struggling to keep their doors open due to the government’s incapability  of allocating sufficient funds.

“This is the case with most institutions and some can’t sustain themselves and have to close down,” he said. “I fear if we keep going at this rate, this institute might have to close down as well. We can’t rely solely on donations.”

Shutting down orphanages is not only a loss for the children, but one for personally-committed board members as well. Ramez Osseiran, the orphanage’s Secretary of Assembly for the last 25 years, recalled an incident of a child abandoned at its doorstep.

“There was once a girl dropped off in front of a hospital. She was three days old, had no name nor any identification,” he explained. After being treated, the government put the orphan under the full care of The Arab Orphan Home Association and its staff on her third birthday.

“She went to the orphanage school, and throughout her stay, I used to give her small amounts of money or chocolate. Unlike the rest, she had no family whatsoever, and I felt a connection with the girl,” Osseiran recalled. “Throughout her life, I had treated her as one of my daughters, and she considered me as her only father-figure. We called her Sahar Dagher, and I fought hard to issue her legal identification when she turned 17.”

Sahar Dagher’s story ended in heartbreak, as she passed away three months later in a highway accident.

“I was devastated,” said Osseiran. “I lost one of my own children, that’s all I can say, and it’s that simple.”

Funding to keep such an institution going remains a challenge. “We rely mainly on donations for funding the orphanage. The ministry usually pays L.L. 4,000 to 5,000 per child per day which helps, but doesn’t cover all the expenses. Sometimes we have to pay the difference from our pockets,” explained Osseiran, who co-signs the orphanage’s annual budget.

Chairperson and president Dr. Imad Osseiran echoed Osseiran’s concerns about the institution’s financial situation. The Arab Orphan Home Association is a public institution under the Ministry of Social Affairs and Labour. The ministry determines the number of children the orphanage can host and coordinates with the Ministry of Finance for monetary support.

“The most important thing is money. In order to move forward we need to have a reserve that allows it. The ministry hasn’t given us any money for the past year, so my board members and I are paying the expenses from our pockets,” the retired physician said. “The vast majority of children in the orphanage are Lebanese and are living in situations of extreme poverty and have social problems and [come from] dysfunctional families,” he added.

The orphanage provides food, shelter, clothing, medication, toys, as well as education and pays the staff charged with caring for the children.

Enaya Al-Asi, the orphanage’s school principal and director of educational affairs, explained that her school functions as a regular public school. It also focuses more on an individual, case-to-case basis.

The principal explained how the Lebanese government forces public schools to follow an automatic elevation process, which forbids a child from repeating a year below third grade.

“These are the most important years for building the child’s educational foundations,” Al-Asi said. “If children don’t have the foundations, they can’t effectively progress in later years. The result is that we’re getting kids in fourth grade who still can’t read the letters of the alphabet, and in some cases, complete illiteracy!”

“Our biggest difficulties are with the youngest children who are ripped away from their mothers,” the principal added. “They have trouble processing that they’re not going back home at the end of the day and that they will sleep in the orphanage dorms instead. Our difficulties with the older ones are with the side effects of adolescence, and it tends to start earlier than usual with them, because their house environment exposes them to close-quarter living and salacity.”

The orphanage also offers vocational training for children who are indifferent towards the Orphanage’s educational efforts, taking into consideration the Arab Orphan Home Association’s Dom-gypsy majority who spend weekends with their families.

“Their environment promotes young marriage, and that is how their parents define success. They don’t care about education or grades, even though many have potential,” said Al-Asi. “Unfortunately, they leave the institute and get married directly afterwards, regardless of how much we encourage them to continue their education.”

Al-Asi paused to give an appropriate example. “We had a girl who was very intelligent,” she recalled. “We urged her to continue [her education], but she left, then got married, then divorced, then got married again to the same man, got pregnant, aborted, then married another. These all happened within two years, and when we asked her ‘why’ she simply answered ‘we’re just like that’.”

According to Al-Asi, the Dom usually rely on children begging on the streets for money until the government takes them away and puts them in orphanages to provide them with a safe environment, free from exploitation, sexual harassment and assault. Hunayne Matta, the chairman’s right hand, said some children prefer the orphanage over their homes.

“A judge gave options to one of the girls here, either to go home or to remain with us in the orphanage. She chose to stay here with us, and told them that ‘the caregivers at the orphanage treat me better than my mum and dad,’ so the court issued an order to extend her stay,” she recalled.

Matta has worked at the orphanage for the past 55 years and is in charge of staffing, food, clothing, hygiene, and family complications.

“Everything that happens at home we have to deal with here, but we can’t fix their problems, we can only try to talk to them. The society here and that in their homes have two very different definitions of what is normal, which really affects the children,” she said. “I really feel with the children because its not their fault. These children are nothing more than the product of their parents.”