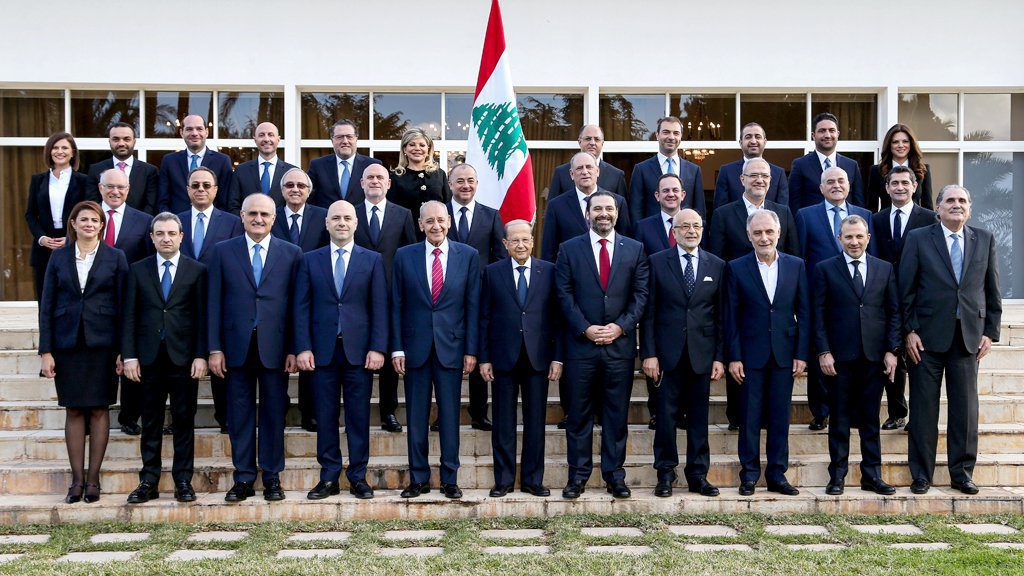 Formed in late January following routine political deadlock, the new Lebanese Cabinet was hailed as both a victory and a political catastrophe. The two largest talking points focused on Hezbollah’s greater political capital in Lebanon, notably because they now hold the Ministry of Health, and the inclusion of four female representatives in the thirty-member Cabinet. From the latter, current Interior Minister Raya al-Hasan’s appointment was held as a point of focus, considering the significance of said ministry.

The word “reform” has been used extensively since the formation of the new Lebanese Cabinet. Much of the topics that have been occupying the discussion online and in the local media have been related to human rights and social reforms, a discussion limited to tweets issued by some political officials. For activists and advocates of human rights issues in Lebanon, from the long-overdue right of civil marriage to ending the abusive kafala sponsorship system that virtually imprisons migrant workers, or others, this can certainly be used as a springboard for their work -and all the power to them.

Setting that aside, the economy is going to be the key point of focus for Lebanon and its new Cabinet. Despite Central Bank’s insistence that the Lebanese Lira, pegged to the US Dollar, is stable, and senior officials like Prime Minister Saad Hariri scrambling to increase foreign direct investment into Lebanon, the economic situation remains dire.

Lebanon still retains its rank as the world’s third most indebted country, with a 150% debt-to-GDP ratio possibly surging an additional 30%, and the country’s credit rating relegated to “junk” status.

Despite Lebanese officials, like Central Bank Governor Riad Salame or  Foreign Minister Gebran Bassil, reiterating claims that the currency is stable and Lebanon is safe for investment and economic activity, this is simply no longer the case . They know there needs to be a serious shift in the economy. After all, much of their 13-paged Cabinet policy statement revolves around implementing economic reforms to unlock over US$11 billion of loans and some grants as pledged by various international donors at the Cedre Conference last April.

The economic reality on the ground

In January 2017, Lebanon passed new tax legislation to pay for a long-awaited public sector wage hike. The new tax reforms most notably increased value-added tax by 1 percent, with additional tariffs that could be added on tobacco and alcohol. With Lebanon’s consumer confidence decline in retrospect, many businesses have been inflating their prices.

Some business reported these actions as a precautionary measure to the tax reforms. Had these taxes been  implemented to offset the public sector wage hike, this would have left the other two-thirds of Lebanon’s working population in the private and non-profit sectors. Under Lebanese law, they still stick to a measly minimum wage of US $450 per month.

It is also important to factor in desperate attempts to stimulate the economy through the real estate industry. In Beirut’s affluent areas, luxury residence and office buildings have been built at a rapid pace, only for them to remain virtually empty due to the astronomical property value and rent costs. Unsurprisingly, the result is an accompanying real-estate crisis to the economic crisis.

Fast-forward to 2019. Lebanon has a new Parliament after years of term renewal and political deadlock, and a new Cabinet with some ministers who are paying lip service following years of activism and advocacy work by popular movements and civil society organisations. Yet, the economic woes and fears remain the same.

In fear of the value of the Lebanese Lira further plummeting, many individuals started to convert currencies in their bank accounts from Lebanese Lira to US Dollars. Others began moving their money to non-Lebanese bank accounts altogether. Banks quickly imposed strict limitations or downright refused requests to switch account currencies to US Dollars.

Meanwhile, living conditions continue to worsen. Rent, housing, and other costs in Beirut continue to increase, while basic services like electricity, potable water, healthcare, and education are inadequately provided. This is all happening as economic growth in Lebanon continues to slow, with little to  no improvement in Lebanon’s unemployment situation. The result is what is commonly referred to as a “stagflation” economy, where inflation rates remain high yet the situation remains stagnant.

As for Lebanon’s Syrian refugees, they continue to live under worsening conditions as the international community looks towards reconstruction and rekindling ties with President Bashar al-Assad and the government.

The United Nations High Commission for Refugees (UNHCR) once again only received less than 50 percent of their required budget. The downsizing of programs and various aid and assistance programs also means less jobs and less money often used within the Lebanese economy. World Food Programme cash cards provide a notable example of how assistance programs for Syrian refugees and vulnerable Lebanese have also helped small businesses.

Benefiting some at the expense of the majority

George Zreik was struggling to pay his daughter’s school tuition fees. He was unable to receive his daughter’s official transcripts because he was indebted to the private school she was in and, in turn, unable to transfer her to a public school. In February, he set himself on fire and passed away.

In the turn of the new year, three-year-old Palestinian boy Mohammed Wahbeh passed away after his parents struggled to find a hospital that would admit him, sparking national outcry.

These two examples are the tip of the iceberg of how the most basic of rights and services, including primary education and healthcare, are inaccessible for many. While there are public schools present across the country, capacity is limited, and a quality service is not guaranteed. Additionally, while there are public hospitals and health facilities around the country too, specialised treatments are not affordable without private insurance, and both quality and capacity are limited.

Despite this, most of Lebanon’s largest banks have reported an increase in net profit in 2018, including Blom Bank and Bank Audi. Taking all these different factors and recent developments into consideration, the economic reforms that are required must clearly target the most economically vulnerable and marginalised communities in Lebanon. This, unfortunately, is not the case.

Rather than improving and expanding access to social services and working towards better oversight of taxpayer funds, it seems as if the opposite will be done. Prime Minister Hariri said that electricity is a priority item on the agenda, looking to end daily power cuts that have plagued the country since the end of the civil war in 1990.  While in Dubai, Hariri reiterated his interest in reducing electricity subsidies as well as a treasury loan for the ailing sector, adding that rather than increasing taxes there should be increased tax collection –reiterating anti-corruption buzzwords that the Lebanese government has been using in recent years. Profitable telecommunications projects and resuming the bidding process for Lebanon’s fledgling oil and gas sector are other items on the agenda.

While generating revenue to alleviate economic concerns is crucial, sensible and equitable economic policy cannot be cast aside in the mix. Despite rising costs of living with little economic growth, the government is not reevaluating the allocation of funds and developing protections necessary for a population that has been suffering due to dire economic developments. The Lebanese Cabinet has not addressed increased economic inequalities in Lebanon as part of the problem, and –having ministers with ties to and interests in the private sector– they probably won’t.

Despite years of protests calling for sensible economic policy, progressive taxation, and the guaranteeing of quality services to protect the most vulnerable communities, the government has chosen to turn a blind eye.

Even more fundamentally speaking, Lebanon’s new Cabinet is composed of political parties with private and corporate interests, and based on a Parliament that was elected despite thousands of reported violations by elections watchdog organisation, the Lebanese Association for Democratic Elections. Is it even reasonable to expect sensible economic reform and equitable policy in the first place?