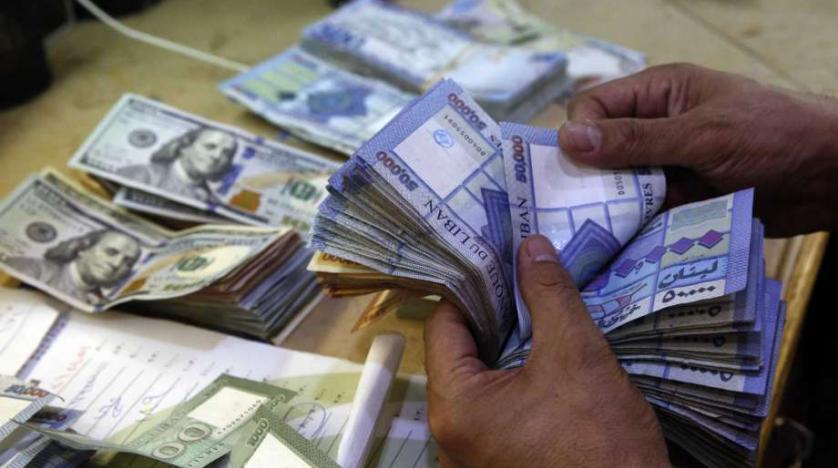 A look at the numbers quickly licenses the growing concern over Lebanon’s debt outlook. The fiscal deficit at the end of the third quarter of 2018 is more than twice that of 2017 for the same period. Two main factors contributed to its escalation: the 21 percent rise in personnel cost generated by the wage and salary increases adopted in the last quarter of the 2017 budget, and the 8 percent escalation in the debt service cost.

The latter reflects both higher debt and higher interest rates, with the latest treasury bill issues having commanded an interest rate increase of 2.5 percent and having reached 10 percent on the 10 year note.  Shorter term rates rose by 1 percent, to the range of 6 to 7 percent. Real rates, however, at the current inflation rate are near zero. Nominal rates are expected to remain high and the primary instrument to support the peg.

Revenues have remained subdued, rising at 3 percent and reflecting slower economic activity in most tax bases. In addition, revenues of 2017 included a significant windfall transfer of over LBP 1 trillion that resulted from the financial engineering operations of the central bank. A repeat of these operations is very unlikely.

What the numbers imply for CEDRE and the Lebanese economy

The overall fiscal outlook for all of 2018 is expected to further deteriorate, and the overall deficit may reach the LBP 9 trillion  ($ 6 billion) mark. This raises the deficit ratio to 10 percent of the GDP compared to 7 percent in 2017.

While the budget for 2019 has not been revealed yet, no major changes are expected since the inflexible wages and debt service are built in and constitute 70 percent of total spending. Complying with the CEDRE commitment to reduce the budget deficit by 1 percent annually in the coming 5 years requires a more serious effort on behalf of the Lebanese government.

The fiscal risk for Lebanon is high and is generating considerable damage to the whole economy, with the saving-investment gap of the public sector weighing heavily on the current account of the balance of payments. Also, the high debt service limits the options of revenue uses of the government. At nearly 50 percent of revenues, it forced cuts in capital spending to ensure sufficient resources for current spending such as the generous wage increases. Additionally, the high capital cost being generated is abating investment in all sectors.

Based on unrealistic perception of the structure of the Lebanese debt and the legal implications of the measure, several media statements recently reported on the possibility of debt restructuring in cutting debt by up to 65 percent. These unrealistic statements had an uncalled for confidence-damaging effect on the financial secondary markets. To pacify markets, the minister of finance refuted press allegations that Lebanon is on the brink of a major restructuring with debt cuts.

The repeated analogy to the Greek case is certainly faulty. Greece held substantial external debt to European banks. Being deprived of its own currency, the country couldn’t service its debt except through generating substantial surpluses in its balance of payments. Such surpluses are unattainable in the presence of quantum fiscal deficits.  Foreign and mainly European banks could offer a reduction in debt, known as a “haircut,” to Greece since each holder had insignificant amounts of Greek debt relative to its assets. The debt renegotiations and restructuring could be done without an implication to depositors, but certainly at the expense of shareholders’ profit.

Lebanon is different. Banks’ holdings of public debt amount to a significant 14 percent of their assets and 64 percent of total bank loans. Any cut of significance would have an impact on depositors, and could engender a legal battle.

Politicians and prominent businessmen with influence would also be affected in a tangible way, which in turn would prompt them to block such a move. Estimations suggest that the distribution of deposit holding is significantly skewed in Lebanon, with 1 percent of depositors holding about 50 percent of dollar deposits.

Debt cuts are a serious matter and undertaken when a country is on the brink of a default or de-facto defaulting. Lebanon currently does not fall into this category, considering that 60 percent of its debt is issued mostly in its local currency and is being held almost totally by domestic financial institutions: the central bank (45 percent), commercial banks (40 percent), public enterprises (9 percent), foreign bilateral and official institutions (3 percent). Private, non-bank debt holders carry only 3 percent of the total debt, a percentage that is split among foreign and domestic holders.

Lebanon does not fall into the defaulting category for other reasons, as well. The risk of debt could principally emerge from market risk. Banks and the other private non-bank holders account for 43 percent of total debt, of which $16 billion is denominated in foreign currencies and forms only 20 percent of the total debt. The ratio of market debt to GDP becomes significantly less at 55 percent, which mitigates debt default risk.

Sovereign debts acts as one of the major revenue generating instruments for banks, in additions to being constrained by maturities, which is why sudden downloading of government securities is not perceived as an immediate threat. International private holders carry less than $1.3 billion, and have a limited impact on the domestic and international markets in case they discount and redeem their holdings. Furthermore, substantive and sudden outflow of capital from Lebanon is technically not feasible due to maturities and clearance constraints.

Why fiscal reform is necessary despite no meltdown at hand

The current situation doesn’t portend a financial meltdown or crisis. The government can serve its debt in Lebanese currency without difficulty, at the risk of higher inflation. In a state of emergency, it can pay back its Eurobond debt in local currency as well. This implies undesired consequences, but is likely to be better perceived than a full default. Considering that Central Bank reserves –at $45 billion– are equivalent to two and a half times market debt in Eurobonds, those risks are mitigated.

Nevertheless, the government urgently needs to reform. A continued deterioration of the fiscal outlook could precipitate in a forced market adjustment, revealing itself in a currency depreciation and a de facto de-pegging of the Lebanese pound from the dollar.

The importance of pursuing reform lies in achieving balanced growth, creating job opportunities for our youth and the unemployed, and reducing economic inequality, which is very likely to worsen in a recession phase. Reform could commence in areas that are relatively less controversial, as in the power sector. Leasing power from international producers, combined with a power purchase agreement and a tariff adjustment, could save the economy $2.5 billion annually, including a cut in the deficit by one third. Hope remains that the new government addresses reform issues seriously.