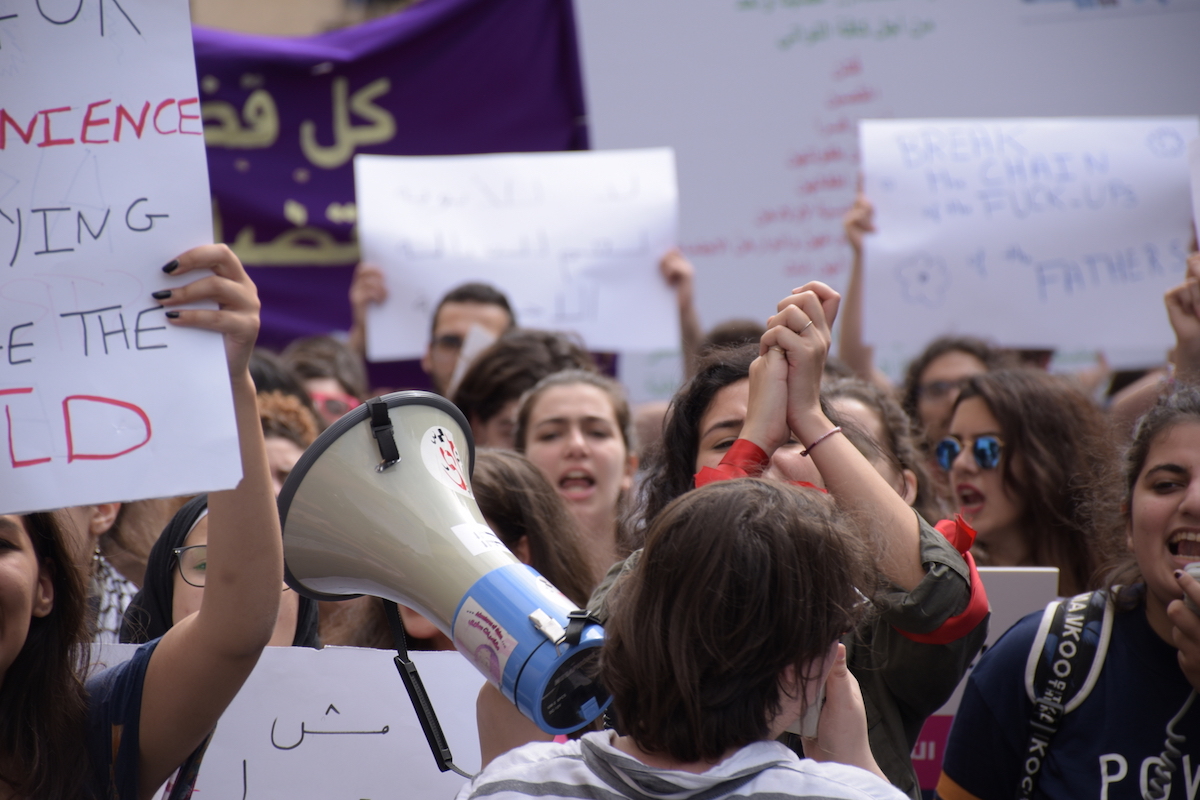 Lebanese women in politics discussed at the American University of Beirut

With a few weeks left until the Lebanese elections, and with a record number of 86 women presenting themselves, a panel titled “Lebanese Women in Politics: Myths, Challenges, and the way Forward” was held on Thursday, March 29 in the American University of Beirut (AUB).

The three speakers, Dr. Carmen Geha and Dr. Bozena Welborne (who were lively streamed from the New York offices), and Dr. Charlotte Karam at AUB, discussed the challenges women face in politics, as well as the various ways by which they can access this domain.

Although each speaker focused on different aspects of the topic, they all agreed that women need a larger and broader political agenda, adapted to Lebanon’s political infrastructure and system.

As an assistant Professor of Public Administration at AUB and a visiting scholar at the Weatherhead Center for International Affairs at Harvard University, Dr. Geha focused on the nature of the elections as well as the existing workshops made to empower women. Dr. Welborne on the other hand highlighted the important role quotas play. Finally, Dr. Karam ended the panel by providing important numbers concerning the gender gap, and stressed the importance of sharing information that could challenge the situation.

One of the thread of the talk was Dr. Geha’s recent research concerning Lebanese women in politics. “We have a problem,” she declared. During the 2009 elections, less than 5 percent  of the candidates were women. Although this year’s elections have around 40 percent women candidates presenting themselves, the testimonies that Dr. Geha quoted prove how patriarchal this domain remains.

Moreover, she explained that some challenges that keep women from moving forward, such as the “challenge of access.” An example she gave was that women can’t participate in important decision-making because the spaces where those conclusions are made are places that are hard for women to access, such as the city of Riyadh.

Another point mentioned was the inadequacy of workshops made to empower women in Lebanon with the actual system of election. Dr. Geha quoted a woman in her research that said “a lot of the programs are designed by foreigners”, thus targeting a foreign audience. “The skill set does not match the way elections work” in Lebanon.

A potential solution to this issue would be to impose quotas. As Dr. Welborne explained, the obligation to fill the quotas prompt women to be more involved in politics. Indeed, women have been more and more present in politics in the MENA region. Lebanon is unfortunately still very behind in the matter.

Slowly, but surely, the situation is evolving. Dr. Geha’s research paper is a first step towards changing the situation. Dr. Karam underlines the importance of an “institutional perspective to capture and document the individual experiences of women in politics.”

She also explained that there would be an “economic empowerment of 5.8 trillion of the global economy, if we lower gender-gap by 25 percent.” A way to lower the gap would be to “continue to share information, and bring to light gender disparities,” Dr. Karam said.

“I do not even want to be in politics anymore; it is really the job of a man in the country,” a woman is quoted as saying in Dr. Geha’s research. Dr. Karam repeated this quote three times during her talk to emphasize the extent of male dominance in the Lebanese political scene. And to this woman, Dr. Karam answered “it is not your burden alone to carry,” she said. “It is not you who has failed, but it is the multiplicity of pre existing [discriminations].”

“We must invest together in change.”