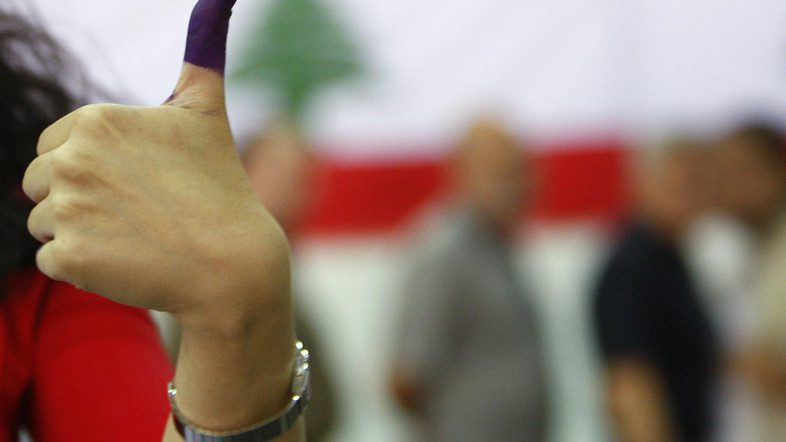 Almost 9 years since the last elections were held, Lebanese citizens will be heading to the polls to vote for a new parliament on May 6. Given that Lebanon is, in theory, a parliamentary democracy that grants significant weight to parliament on the whole political system, the upcoming elections will be both crucial in determining Lebanon’s immediate socioeconomic prospects and have the chance at being a watershed moment in Lebanon’s post-Civil War history.

The last time parliamentary elections were held in Lebanon was in June 2009. Since then, much of the socio-political and economic landscape of Lebanon and the region have changed. The 2011 Arab Spring morphed into a civil war in Syria which, in turn, has had grave repercussions on Lebanon: the tourism sector in Lebanon was damaged; economic turmoil in the Gulf states, brought about by diminishing oil prices, has forced many Lebanese expatriates to reassess their options, with some returning to Lebanon; and the security situation in the country has further deteriorated. Another indirect repercussion of the Arab Spring was the postponement of the elections on three occasions. Whereas parliamentary elections are normally held every four years, the 2009 parliament extended its mandate on three occasions (2013, 2014 and 2017), citing security concerns and the spillover from the war in Syria as the main reasons for the extensions. Nonetheless, elections will finally be taking place this year, and there is a certain cause for optimism.

The first obvious novelty in these elections is the electorate itself. With a minimum voting age of 21, a large number of young Lebanese adults aged between 18 and 20 did not get a chance to cast their votes in the 2009 elections. Given that 9 years have passed since those elections, an atypically large number of Lebanese citizens will get the chance to vote for the very first time. The results of the upcoming elections might yield significant changes to the political structure of the country when we consider that the generation of post-war Lebanese youths are evidently disillusioned by the sectarian warlords who have dominated the political system since the early 1990s. The ‘March 14’ and ‘March 8’ divide which evoked so much passion and partisan support in the mid-to-late 2000s has become somewhat extinguished, as noted in Foreign Affairs, and the political establishment’s failure in ushering in any semblance of good governance have been brought to the light of day with circumstances like the still-unresolved garbage crisis that erupted in 2015 and the continued appropriation of public spaces for personal private economic interests, including the shrinking Beirut coastline.

The disillusionment with the current post-war sectarian political class, as well as the massive anti-government protests that erupted in 2015, has led to the emergence of several non-sectarian and non-traditional political movements that have managed to amass a respectable following. The 2016 municipal elections established a new precedent within Lebanese politics: The emergence of Beirut Madinati, an electoral list led by non-sectarian civil society activists and technocrats who managed to garner notable results, unsettled the assumed cakewalk of a victory in Beirut for a Hariri-supported list grouping figures from both the March 14 and March 8 coalition. All across the country, similar movements emerged and managed to shake up the firm sectarian grip on municipalities. In Baalbek for example, Baalbek Madinati, an electoral list opposed to Hezbollah’s lackluster performance in the city’s municipality, managed to amass 45 percent of the vote. Many independent movements and civil society activists with respectable followings and support have already announced their intentions to run for parliament in 2018.

Additionally, Lebanese expatriates will finally be allowed to vote in these elections. Given that many of them were driven out of the country due to the failure of successive Lebanese governments and parliaments since the end of the Civil War in providing socioeconomic security, they could be tempted to drive those who pushed them to leave the country in the first place out of office.

The sectarian political class has perfected the strategy of fearmongering to attract support, or at the very least tacit acceptance, for its’ policies and raison d’être. The ‘sectarian card’ is often used as a tactic to frighten citizens of a particular sect and push them to support, at least through casting ballots, the sectarian warlord or his clique. Additionally, the majority of mainstream media outlets, namely television stations and newspapers, are directly or indirectly owned by the political elites and will likely use their wide-appealing platforms to discredit the secular alternatives while promoting candidates of their owners’ respective sectarian affiliations.

Voter apathy is another cause for pessimism. Despite the fact that Lebanese expatriates have finally been granted the right to vote in their countries of residence, a little over 90,000 registered to vote, an embarrassingly small number given the huge Lebanese diaspora scattered all over the world. As for the Municipal Elections of 2016, voter turnout was also discouraging across the country, barely reaching the 20 percent threshold in Beirut as opposed to the 55 percent of registered voters estimated to have cast their ballots in the 2009 elections. Whether more voters will show up to cast their ballots in this year’s elections remains to be seen.

Achieving change in the parliament is also hindered by the new electoral law of proportional representation, which implicitly guarantees that the same political class will retain power through gerrymandered measures. Also, the high costs that candidates must incur to present their candidature greatly disadvantages smaller independent grassroots parties which tend to have reformist and secular outlooks.

The long-overdue parliamentary elections this year in Lebanon are crucial and may hold a lot of surprises. Whereas back in 2009 the status quo political system dominated by the sectarian political elites was pretty much a given, they can no longer take their legitimacy and grip on power for granted. The massive garbage crisis-induced protests of 2015, the rise of secular non-traditional alternatives,  and the fact that a whole new cohort of Lebanese citizens will be voting for the first time, should be a cause of concern for the sectarian political elites. This will all-the-more push them to do everything they can to maintain their current status, from discrediting the alternatives to using fear-mongering and bribery to garner votes. We will have wait and see what will happen on May 6, a date that has the chance of becoming a turning point in Lebanese history.