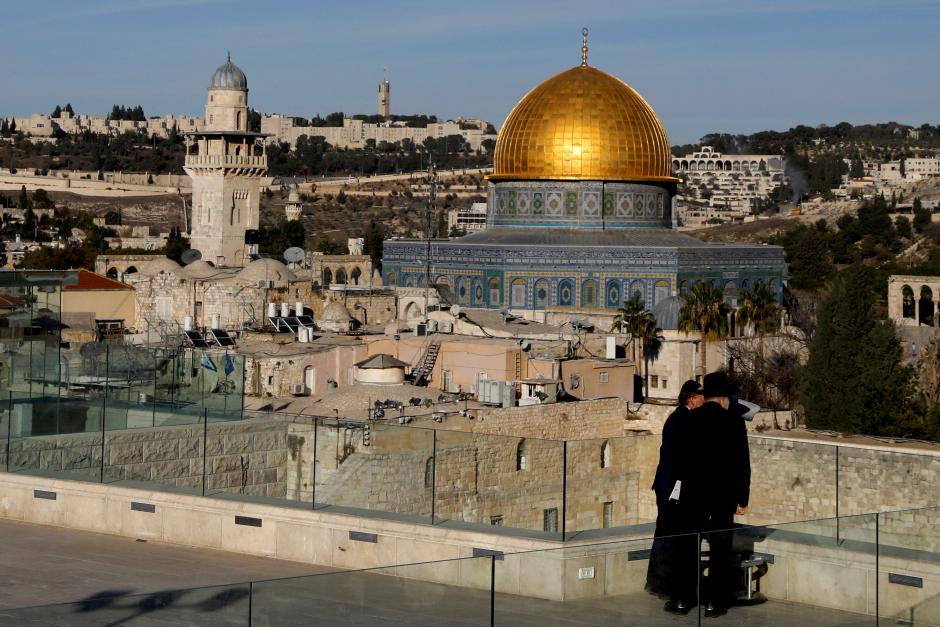 Trump Can Claim Jerusalem, But the International Community Is Not On His Side

In a monumentally disappointing speech, President Donald J. Trump officially recognized Jerusalem as the capital of Israel in the White House yesterday. He claimed that this recognition is the first step to a “new approach to the conflict between Israel and the Palestinians” and “to advance the peace process”.

What does this mean? And why is it so problematic?

Jerusalem and the Two-State Solution:

Historically, and within the framework of international law, Jerusalem is regarded as an international city or is governed under an “international regime” as worded in the UN General Assembly (UNGA) Resolution 181 for the UN partition plan in 1947. The resolution also outlines a two-state solution. Though resolution 181 was not passed, numerous other UNGA and UNSC resolutions were passed affirmed it, ranging from UNGA Resolution 303 in 1948 to UNSC Resolution 2334 in 2016.

Tamara Tamimi, a Palestinian human rights activist in Jerusalem, told Beirut Today that: “The ‘recognition’ of Jerusalem as the eternal undivided capital of Israel is one of the last nails in the coffin of the two-state solution.”

Trump claimed that this “long-overdue step” comes as a result of the failure of previous attempts at a peaceful settlement between Israel and Palestine, such as Oslo Accords as well as the Roadmap for Peace and that his administration “would support a two-state solution if agreed to by both sides”.

The Damage that has been done

However, declaring Jerusalem as the capital of Israel does nothing to salvage or rectify the harm that has been done, and does not serve to further peace between Palestine and Israel. Rather, much like the peace agreements, it disproportionately favors Israel over Palestine, and perhaps similar to Trump’s administration and his executive decrees, it does so boldly and does not waste time in achieving its goals and agenda through negotiations.

Tamimi says: “With this move the USA fails to recognise the validity of our claim to Jerusalem as inalienable”. Thus, claiming Jerusalem as the capital of Israel or Palestine is a political claim rather than a legal fact. In order to attain justice for the Palestinian people, the question of what is permissible under international law should be posed.

“The USA fails to recognise that international law and resolutions of international legitimacy serve as the least common denominator to what would do justice to the Palestinian people after 70 continuous years of ethnic cleansing, military occupation, and apartheid, thus condoning what amounts to international crimes including forced displacement, aggression and persecution,” she added.

The Palestinian people are legally entitled to Jerusalem as an international city and this has been reaffirmed by numerous UNSC resolutions. Disregarding the established jurisprudence in the Palestinian territory renders the US’s claim illegitimate.

Nevertheless, this decision does not only endanger the two-state solution by recognizing Jerusalem as Israel’s claim, but may also contribute to the legitimization of the illegal Israeli settlement in the West Bank as well as all the annexed territories in the broader sense.

Perhaps it may be too premature to claim that this may be the critical point that may lead to the Third Intifada.

On the one hand , it can be clearly observed that this decision may bring on serious harm to the two-state solution, as affirmed by Tamimi and politicians such as President Mahmoud Abbas and head negotiator Saeb Erekat. Erekat went as far as to say that a one-state solution with equal rights may just be the solution. The likelihood of the demise of the two-state solution is quite high, especially since the USA has been the long-standing player and mediators in the Israeli-Palestinian peace process, be it Camp David, Oslo, the Roadmap for Peace, and even John Kerry’s attempts between 2013 and 2014.

Tamimi believes that the failure of the “so-called peace process” was due to “the lack of the political will of the international community to take serious steps towards ending the longest occupation in human history. It is certainly high time that the international community recognise the concessions made by the Palestinian people in the Oslo Accords and throughout the past 26 years.”

In terms of permissibility under international law, as appalling as Trump’s speech may be, it is very vital to remember that this statement was made by a less than morally satisfactory president and is not legally binding. In order for this decision to be internationally recognized and legitimized, the USA must have the support of state actors in the international community.

Though the USA has been one of the major players in the Israeli-Palestinian peace process, the US’s loss of global influence has minimized its authority and legitimacy as the “world’s policeman”. Trump and his administration’s recent deplorable decisions and acts, both locally and globally, have been a source of major disappointment to the international community. The former statement does not serve to highlight the superiority of the moral compasses of other Western countries, but only leads to the next point.

Nonetheless, two days ago German foreign minister Sigmar Gabriel announced Germany’s intentions to distance itself from the US in terms of foreign policy. Furthermore, French President Emmanuel Macron, Canadian Prime Minister Justin Trudeau, as well as German Chancellor Angela Merkel, have all expressed disapproval at this unilateral decision. It seems as though nations in the international community, besides Germany, are following suite in this minimization of the US’s authority as the world’s superpower.

Even though his decision may have a detrimental impact on numerous aspects of the already tumultuous relation between Palestine and Israel, it appears that the only major actor that supports Trump’s move is Israel itself. This thus brings serious doubt to the definitive recognition and international consensus of Jerusalem as the capital of Israel that would in turn lead to a change in the legal framework of the Israeli-Palestinian peace process.

Only time will tell what this decision signifies in the long run, but in the meantime solidarity with Palestine through support and awareness is essential.