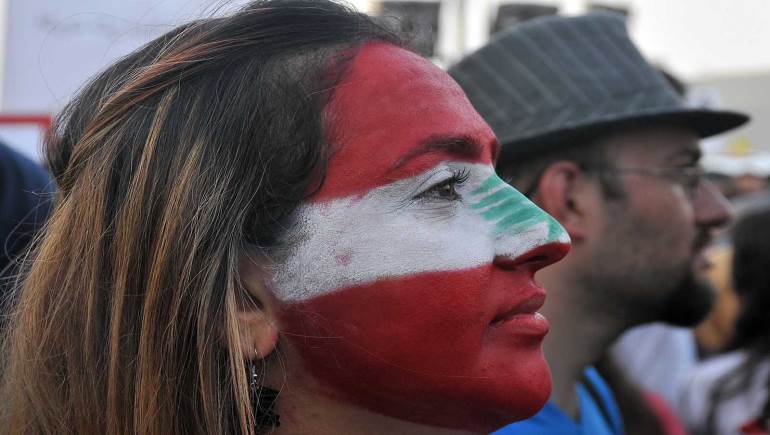 Let’s Bring Back Our Sovereignty, Not Only Our Prime Minister

The resignation of Prime Minister Saad Hariri on Saturday, out of Saudi Arabia and aired exclusively on a Saudi TV, brought substantial chaos and uncertainty.  Many believed that this move came as a result of direct Saudi pressure, and some are even claiming that our Prime Minister is being detained overseas.

There have also been mounting fears of military escalation, with a proxy war (and even a direct one) doomed to be ignited between Iran and Saudi Arabia. Israel, as usual, did not miss the opportunity to add fuel to the fire, elevating its ever present threats to destroy Lebanon’s infrastructure as a way to fight the growing military influence of Hezbollah.

Yet this sudden resignation strengthened a common feeling among many Lebanese citizens: That our lives in this tiny country are dictated by others; that our plans and dreams risk being shattered at any moment by someone else’s priorities; in sum, that we do not have sovereignty and control over our own nation.

It is no secret that Lebanon’s ruling cartel, probably since the formation of this “nation” earlier in the last century, draws its power from regional and international players, and depends on them for political, military, economic and even religious support. We were “allowed” to have a democracy and public institutions, but the real power lay in the hands of local leaders who depended on foreign support to hold their grip on power, constantly undermining the State to legitimize their own “institutions”.

But this time around it is different, and more serious.

A major Lebanese party – Hezbollah – which has the support of a large segment of the Lebanese population, has been waging wars outside the country to “fight terrorism”, with the direct support of Iran. Yet these wars are far from having unanimous local support, and are not backed by any formal decision by the Lebanese government.

Several religious and political leaders have recently openly called for the normalization of relations with Israel, de facto working against the official government stance which still considers, and for the right reasons, the Israeli state as an enemy to our nation.

Saudi Arabia and many other Arab governments continue to exert substantial political and economic influence, especially over non-governmental religious organizations, private media, and other key sectors in the country.

We also continue to depend on mostly European and American foreign aid and financing to sustain our fragile society, and we have no formal public control over most development money that is being spent in the country. Our flawed laws and regulations have allowed numerous big businesses and private interests to gain substantive stakes in our banking, real estate, industry, and other sectors.

Basically, we have lost sovereignty over our country.

Therefore, right now, it is not enough to demand that our (maybe hostage) Prime Minister returns home. We need to regain our sovereignty and our true freedom. We demand to live in peace, dignity and respect of basic human rights, both here and abroad. We demand that our political leaders be elected and be held accountable to Lebanese citizens, and only to them. And we should refuse to go back to the status-quo.