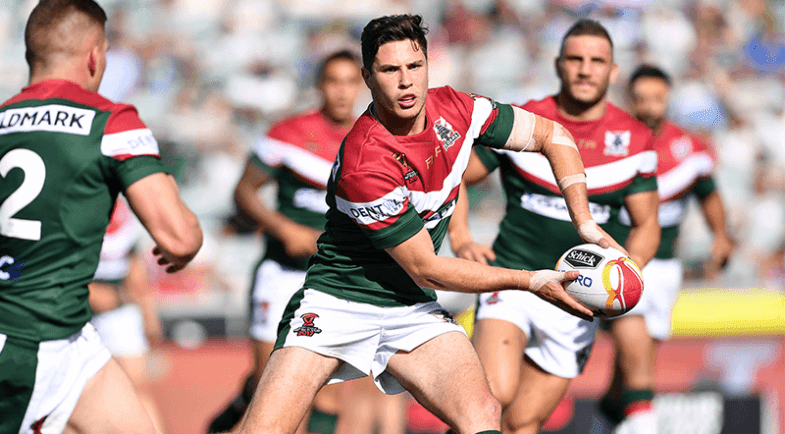 Lebanon’s Rugby: Take The Sect Out Of The Game

There were some rather surreal weeks in Tripoli from 2002 to 2004. For one, the salad bowl-like municipal stadium at the entrance of the city was lit up, something which is as rare then as it is today. To boot, there were unusual numbers of large beefed up men seen walking around the popular spots in El Mina, many of whom looked foreign but still somehow Lebanese.

It was back then that the largely Australian-born Lebanese National Rugby League Team first set foot on its own soil to contest the Mediterranean Cup, unbeknownst to most of the country.

For three consecutive years, Lebanon won the cup by beating France, their former colonizer (never mind that the electricity went out in the middle of some of the tournament’s games). Recently, it happened again, Lebanon beat France 29-18 in what became the first World Cup win for our country.

It’s no doubt that many reading the news the next day did a double take, which is understandable. The French, after all, have a long history of Rugby while the Lebanese don’t—that was until the late 1990s when the 200,000 or so strong Lebanese diaspora of Sydney decided to start a history. By 2000, Lebanon’s national team, aptly named the Cedars, had qualified for its first World Cup. Shortly afterward the Rugby League European Federation dispatched a representative to lead the charge to develop the sport in the country. The spark was lit.

For over a decade and a half now, hundreds of players and coaches have been developing Rugby League (and its cousin Rugby Union) all over Lebanon. Now there’s a host of national teams, including a women’s team, The Junipers. The Army even had a team for a while. 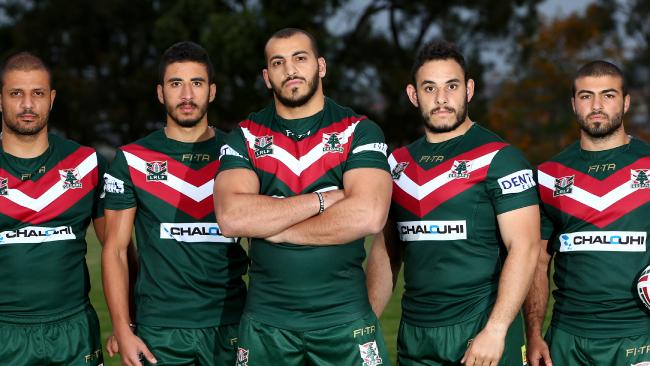 Rugby League is probably one of the fastest growing sports in the country and, as we can all see now, the sport where Lebanon has been the most successful globally. Yet, the main reason the sport has not reached the levels of national acclaim it deserves is the same reason that everything else in the country fails to reach its full potential: Sectarianism.

When the sport was developing in the early 2000s, it faced an immediate problem: the lack of access to a field to practice and play Rugby. Right from the start, the task of finding a home for the Rugby League where people could watch, play, and learn the game was a challenge, to say the least. Everywhere players and teams went, sports clubs would refuse access to their fields even if they were offered their standard rates. The clubs wanted something more than money, they wanted Rugby League to be part of their game: one where every team has a color and a sect.

When I worked as a development officer for a short stint at the Lebanese Rugby League Federation, one of the largest football clubs in Beirut told me that if we agreed to start a team for their club, we could use the pitch as much as we liked at no cost. Naturally, the Federation and I refused.

From the start, Rugby League in Lebanon has been devoid of sectarianism. Instead, the sport developed out of universities and used their facilities to play (when they allowed it). For years the first home-grown Rugby League players in Lebanon played on rock-hard pebbly fields because suitable places were not to be found. Teams practiced on basketball courts and Beirut-based teams all spent countless hours travelling around the country to play each other when they all lived a stone’s throw away from each other.

Playing at the many ‘public’ municipal stadiums that litter the urban landscape was almost always out of the question (with the exception of Tripoli and Bhamdoun). Municipal stadiums across Lebanon remain shuttered to the public whose tax money built and maintains them. Most mayors who hold the keys seem more interested in their personal interest than the public’s, and this applies specifically to the Mayor and Municipality of Beirut.

If it ever suits their purpose, one day Lebanon’s politicians may allow its most successful team to play at the Camille Chamoun Sports City Stadium in southern Beirut, which cost the public some $100 million to build. Instead, politicians prefer to use the stadium when it suits them, similar to that telling and surreal moment in 2010 when they played football against each other and forbade the public from attending.

Many argue that Rugby cannot reach the masses precisely because it trickles down the class ladder from mostly private upper-class colleges and schools. But if things had gone the usual way sport does in Lebanon, Lebanese Rugby League would just be a different-shaped ball to kick around the political arena.

Little wonder then that the Ministry of Youth and Sports still provides no support to Rugby League and the Cedars. Instead, the government chooses to focus resources on sectarianized sports like football and basketball where Lebanon can only dream of qualifying, much less winning, at global tournaments.

The sight of our largely foreign-born national team defeating one of the most powerful squads in Rugby is probably the best illustration of the sectarian farce that sports has become in Lebanon. Perhaps that’s because the diaspora is really never a true reflection of the country; or better yet, because it’s the reflection of what the country could be.

Either way, the Cedars showed us what is possible when the Lebanese come together and take the sectarianism out of the game.

Sami Halabi is a former member of Lebanon’s National Rugby League team, The Cedars, and co-founder of Triangle, an organization which works to integrate policy, research and media.