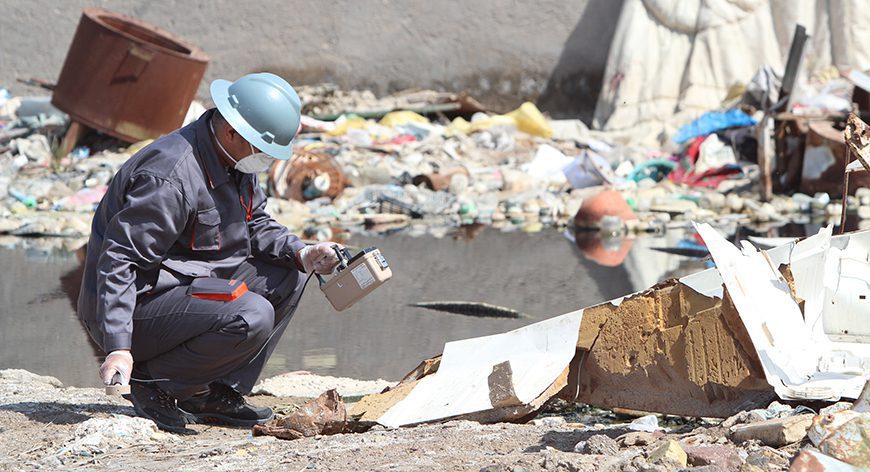 Walking in a cold frightening floor of a hospital, you see a little innocent baby whose limbs are missing. Birth defect can happen, such sad births do take place and at times, we have no control over that. A little further, there is another one with a mouth that is hardly human in shape or size, others born without brains, without spines. You also notice a newborn with a Cyclopean eye reminiscent to the ones we have been seeing on TV shows (ironically, made for children). Others are stillborn with incomplete bodies, underdeveloped extremities, cleft lips and palates and internal organs showing outside of the body.

No, this is not a moment in history where nature decided to stop being uniform and to produce beings who are not what some call “normal”. It is not a flashback to the days of Hiroshima and its infamous “black cloud” in the hope that we learn so that history does not repeat itself.

Rather, it is a relatively recent and ongoing outbreak of birth defects in Iraq, such as in Fallujah General Hospital, where babies are born with birth anomalies that are incompatible with life.

According to gynecologist Dr. Muhsin Al Sabbak and environmental toxicology researcher Dr. Mozhgan Savabieasfahani, data showed that rates of cancer, child cancer and birth defects reaching historically unparalleled quantities in Fallujah and other Iraqi cities since the 2003 invasion. These birth defects are caused by depleted uranium (DU) munitions. In addition, young children in Fallujah are now experiencing gruesome cancers and leukemias. Iraqi physicians compare the birth defects that resulted from DU to those subsequent to the atomic bombings of Hiroshima and Nagasaki in WWII. In hospitals across Iraq the mothers are no longer asking: ‘Doctor, is it a boy or girl?’ but rather: ‘Doctor, is it normal?’

How many have heard about this ongoing tragedy? How many decided to campaign against it and to offer help? Not many perhaps simply because the media either ignores it or is shy about it. Two things do not cease to amaze me: 1)Why is it that this tragedy, ongoing as it is, is ignored and 2) Why is the media so silent about this? Why are the cries coming from people who did not cause this to themselves reaching deaf ears or not resonating in the mind, heart or even conscience of anyone or very few? How is the Fallujah tragedy different from that of Hiroshima and Ngazaki or from the Thalidomide tragedy?

An Arab Hiroshima is ignored while the media on this side of the world is busy creating conflicts. Nothing is done when our fellow humans, regardless of their race, religion or belonging, are dying in different noiseless ways.  The world is silent in a ghastly manner as Halloween is celebrated in different corners of the globe with pumpkin carving, dressing up and trick or treating while others live the true Halloween where the barrier between our world and the world of ghosts and spirits got really thin and the line between life and death and horror almost invisible.

USJ: Where are your student elections?