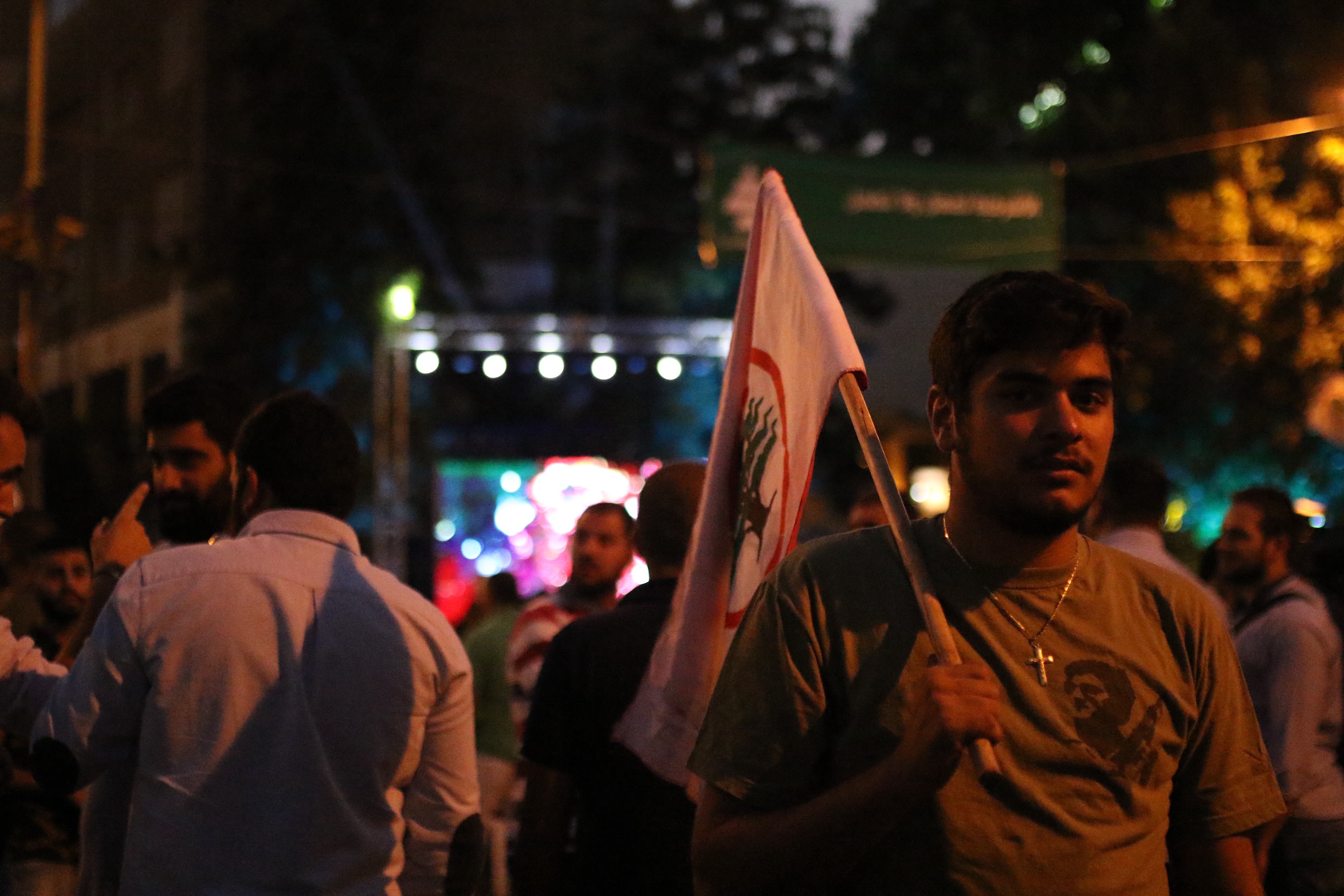 Supporters of Bachir Gemayel gathered up in Sassine Square in Achrafieh, Beirut, on October 20, 2017, as they celebrated the final verdict of the assassination of the former President-elect. The Judicial Council, Lebanon’s top court, sentenced Habib Shartouni and Nabil Al-Alam to death, 35 years after the explosion that killed Gemayel took place. Supporters of both Shartouni and Gemayel have protested outside the court during the hearings.

Gemayel, the leader of the Phalangist or Kataeb party, was killed on September 14, 1982 by an explosion in the headquarters of his political party in Achrafieh. The explosion also also took the lives of 32 other people.

Gemayel’s widow, Solange Gemayel, as well as his son, MP Nadim Gemayel, were present at the first row of the improvised seats set up in Sassine Square.

“The verdict has been released in the name of the Lebanese people after 35 years of working for justice, for Bachir, and his friends,” declared Solange Gemayel. Other political figures, such as Michel Pharaon, the Minister of State, and Gebran Bassil, the Minister of Foreign Affairs, were also present.

As supporters waved their famous white flags with a red circle framing a cedar, recorded speeches of the former President echoed around in Sassine Square, that was shut down for the occasion.

Families, elderly persons as well as younger university and school students gathered around the screen installed to project the live re-transmission of the final verdict.

“We simply expect justice to be made,” said Charbel Mina, a master student of finance present at the square.

Policemen were mobilized to avoid any violent outbreak, but a joyful atmosphere reigned, as supporters warmly greeted each other to celebrate an event they have long been waiting for.

The head of the Judicial Council, Judge Jean Fahd, declared the death sentence for the two men, as well as the revocation of their civic rights. Shartouni, a member of the then prominent Syrian Socialist Nationalist Party, had confessed to the assassination of Gemayel, two days after the Lebanese Forces arrested him. He was handed over to the authorities. However, he escaped imprisonment on October 13, 1990 as part of a last Syrian offense in Lebanon. He was quoted in an interview in Lebanon’s al-Akhbar newspaper on Thursday saying the timing of the trial was political. He is now said to be in Syria, but the Lebanese authorities declared an investigation of his whereabouts. Alam, on the other hand, is believed to be either dead or in hiding somewhere in Syria.

Blogger and writer Nadine Mazloum, commenting on the demonstrations surrounding the recent court verdict, said on Facebook: “I can’t help but wonder if my future children will inherit the burden and wounds of the Civil War, or worse repeat it. 35 years later, war-time chants and songs are still very much part of our identity and fabric, particularly among countless youth who are too young to remember the details of that era themselves and who now viciously fight on social media platforms over who’s right or wrong”.