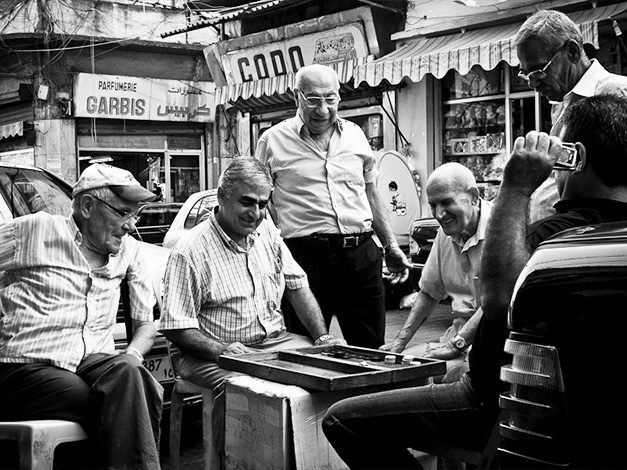 Lebanese Armenians: A Journey to a New Motherland

Not so long ago, I was sitting at a coffee shop having my cup of Mocha Latte while having a heated debate with my mother about when I would be home for lunch: “Payts ku siradz djashet eri, soubereg eri” (“But I made your favorite, “sourbereg”). My voice was loud enough to be heard by neighboring tables who couldn’t help but ask after I hung up,  what language was I speaking and if everything was alright.

When I informed them that I was speaking in Armenian, I received slightly doubtful looks, and then they started smiling. They told me that the language seemed familiar to them, for they either know a Lebanese Armenian or are friends with one or many.

Today, around 170,000 Armenians reside in Lebanon, 20,000 of which are Syrian refugees. The number was far more before the Civil War in 1973 when a lot of Armenians emigrated abroad.

Lebanese Armenians, however, have long been residing in Lebanon since 1915 and have succeeded in establishing good relations with the Lebanese long before that. However, the mass emigration from Eastern Armenia (also known as West Turkey) took place during WWI, when the Genocide occurred, and millions of Armenians were evacuated from their territories, sent off to a desert to die, but a lot were able to survive the harsh conditions and reach different parts of the world in one piece. Survivors who made it to Lebanon are the group of Armenians who were able to endure the long and traumatic walk through the Deserts of Der El Zor.

Upon arriving to Lebanon, many saw the welcoming land as an opportunity to build a new home for them while still remembering and fighting against the atrocities of the Ottoman Empire. With the cooperation of the friendly hosts, Lebanese Armenians began working hard to build a future for the coming generations. Soon enough, they were already considered part of the Lebanese community.

With the integration taking place smoothly, Lebanese Armenians still have certain unique features that distinguish them from others.

They still speak the Armenian Language
Despite speaking at least two other languages, knowing and speaking the Armenian Language is still considered sacred amongst Armenians.
No matter how hard you try, once two Armenians meet, you have to endure the fact that both will not be able to resist the urge of talking to each other in Armenian.

They will confuse your gender
Armenian pronouns are gender neutral, so it is very difficult for them to translate gender based pronouns to Arabic. Therefore, a he can become a she and vice versa. The important thing is not to feel offended; they don’t mean to assume your gender.

They cling to their traditions
Lebanese Armenians still have all the food recipes and objects such as tapestries and khatchkars from their mothers, grandmothers and great-grandmothers as to them, these are untold stories from the motherland.

They are survivors
Finally, from their history to their current life, Lebanese Armenians are known for their perseverance and their stubbornness, two qualities that have aided their survival and advancement worldwide.