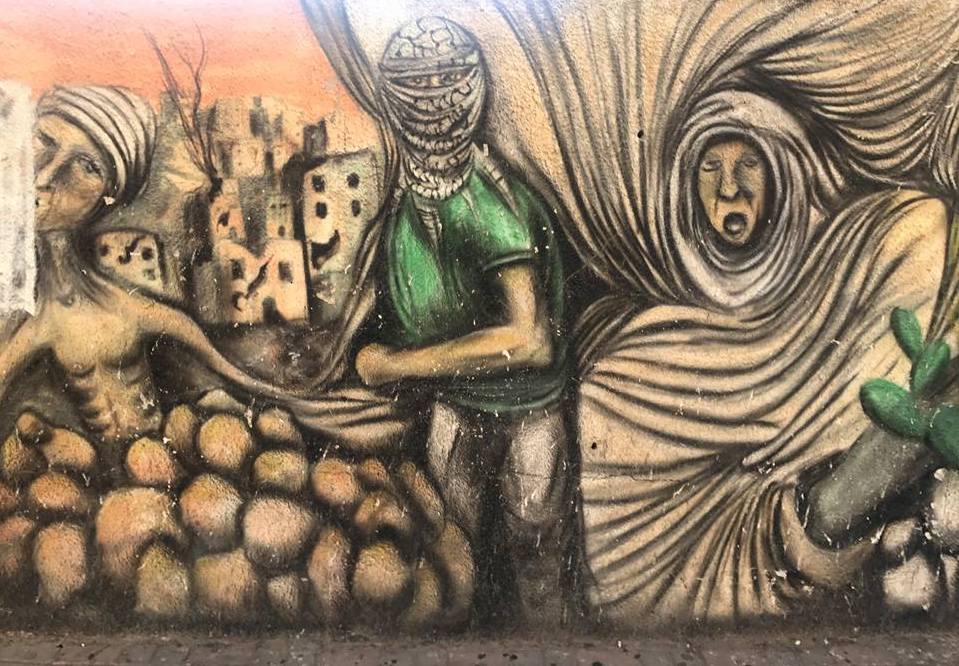 Has anyone ever asked Palestinians what they wanted?

Last week, Hamas, the ruling Islamic faction in Gaza, asked the Palestinian National Authority (PNA)’s President Mahmoud Abbas to resume control over the Gaza Strip. Though this seems like a momentous movement away from the hostility between Fatah and Hamas to potentially bridging a union between the West Bank and Gaza, there seems to be a question that is rarely asked: Has anyone every asked the Palestinian people what they want?

Since 1948, strenuous efforts have been made by the international community to find a solution to the Palestinian-Israeli conflict. Yet the Palestinian people have never explicitly been asked what they want, be it the obvious independence, a one state solution or a two state solution. The Palestinian people are the primary subjects of oppression and belligerent occupation of the Israeli state in the Gaza Strip and in what is left in the West Bank, and yet they have not been given the right of self-determination.

What is the Palestinian right of self-determination?

Self-determination was first legally introduced in the United Nations General Assembly (UNGA) Resolution 1514 (XV), the Declaration Granting Independence to Colonial Countries and Peoples in 1960 and further stipulated that: ‘Inadequacy of political, economic, social or educational preparedness should never serve as a pretext for delaying independence’.  Thus the inalienable Palestinian right of self-determination is the Palestinian people’s ability to determine their destiny, without external interference.

Though the Palestinian people are the legal recipients of the right of self-determination, it has been and is ceaselessly violated by the state of Israel. In it’s Advisory Opinion on the Legal Consequences of the Construction of the Wall in 2004, the International Court of Justice (ICJ), affirmed the illegality of first, the construction of the Wall in the occupied Palestinian territory (OPT). Secondly, the ICJ also concluded that the construction of settlements and the transfer of settlers in the OPT were also illegal. This should elicit to the deconstruction of the settlements and the Wall, and the withdrawal of the occupying forces. However, in a complex unorthodox situation such as that the Israeli occupation, withdrawal is not enough for the expression of the Palestinian right of self-determination, which includes both freedoms from outside interference as well as the establishment of self-governance.

However, with the Oslo Accords came certain measures that prevented the PNA from exercising full authority over the Palestinian territory in the West Bank, where certain lands would remain under the control of Israel indefinitely. Another peculiar measure of Oslo was that control over certain pieces of land as well as the Palestinian sovereignty would be transferred from Israel to Palestine gradually, based on the “progress” made by the PNA. Similarly the Roadmap for Peace in 2003 also barely scratched the surface of the Palestinian right of self-determination, and simply changed the language and translated them into PNA progress in different “phases”.

Not only do the Oslo Accords and the Roadmap for Peace violate the right of self-determination by delaying the Palestinian independence and the attainment of sovereignty by placing benchmarks of progress in development that are prohibited under the 1960 Colonial Declaration, but are also blind to the realities of the belligerent occupation in the OPT and the settler colonial regime taking a hold of the Palestinian people’s land and livelihoods.

In addition, though democratic elections are held in Palestine, the politics and tensions between the different factions in the PNA often overshadows the initial conviction for Palestinian liberation and independence as such the will of the people is disregarded. It is worth noting that Hamas’ sudden cooperation is not a sign of goodwill. Rather, it may quite possibly be Hama’s exasperation at the crippling living conditions that have resulted from Israeli and Egyptian pressure and blockade on the Gaza Strip.

While the PNA is subjugated to international agreements and supervision, the Palestinian people are told to wait for their independence and are constantly facing the violent occupation and annexation of land in the West Bank as well as the inhumane living conditions in the Gaza Strip.

Never has a referendum taken place to determine whether or not the Palestinian people agree to the two-state solution, the one state solution, the Oslo I and II Accords, the Roadmap for Peace and even the actions to recuperate land that was annexed by the belligerent occupying state of Israel in the West Bank. Perhaps this is symptomatic of a flaw in the body of international law or may even be indicative that new jurisdictive measures should be introduced to encompass unique cases such as that of Palestinian self-determination.